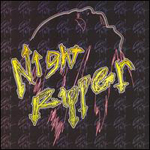 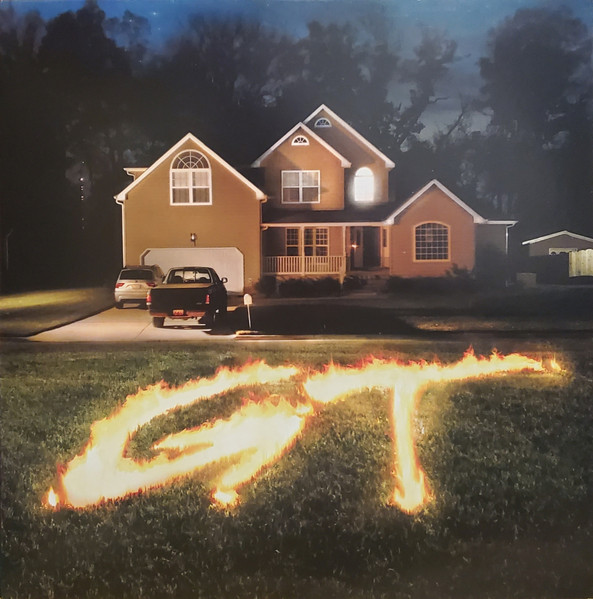 As much as advocates of Greg Gillis might try to fanwank Girl Talk into a continuum of post-modern sampling whatevers, the real essence and marketability of Gillis’s music comes from the ability of the average listener to recognize most, if not all, of the samples being dropped. And it’s not like Gillis makes it hard, either: the vast majority of samples found on Feed The Animals, like its predecessor Night Ripper, are relatively untouched instrumental loops and a capella raps pitch-stretched to fit together; little else is applied or subtracted by way of effects or editing.

The Let’s Be Charitable version of Girl Talk’s premise: Gillis takes the best moments from popular tracks, throws them all together, and comes out the other end with a non-stop rage of gold mashups. But in the same way that loudness is only relative to dynamic range, these constant peaks pack a reduced punch when divorced from their original context (where something built to them, I mean). Take, for example, a section from the Band’s “The Weight” that appears midway through “Still Here.” As Robbie Robertson’s helium-pitched drawl plugs along, this classic piece of music passes by with a vacant ho-hum before being overtaken abruptly by Ace of Base and Lil’ Scrappy, whose contributions are similarly underwhelming. In other words, Gillis takes a series of wildly diverse “peaks” and transforms them into the same monotonously resilient peak, over and over. And since his one-note approach to music is still the same and still celebrated in the same way, I’m basically forced to make the same exact criticisms once again. I’d say the only true post-modern art of Feed the Animals is that Gillis is causing the critical community to eat itself by releasing yet another album you can’t really review without sounding like either a lame killjoy or a fawning apologist.

And, don’t get me wrong: it is fun in moments. Lil’ Scrappy and Ace of Base beget Fergie and Kenny Loggins, who beget Beck and Beastie Boys and 50 Cent, who beget [insert whatever here], and there the begetting goes again, and though Gillis’s music has a case of ADD that would send any 3rd grade teacher running for the hills there is a vaguely giddy thrill with each unveiling. But we only get about 20 seconds to assess the awesomeness/hilarity/irony/groan of each of his hip hop vocal-with-wacky-instrumental-you-might-not-normally-expect pairings before we’re onto a new one, and that’s when it starts to get less fun if you aren’t drunk and on a dance floor and are therefore thinking about it. Just listening to it…this thing is unrelenting, really, and if there’s any logic for the placing of the track marks—other than an arbitrary “it’s been 3-5 minutes, why not?”—I’m hard-pressed to find it.

Feed the Animals (which: by the way—who are the “animals”? Us?) is currently available for a pay-what-you-want download; the catch is that you have to explain your reasoning if you choose to pay zip. Hilariously, one of the options is “I don’t value music made from sampling.” (There’s no option for “I don’t value the indie equivalent of Jock Rock Anthems 6,” unfortunately.) But seriously: to what extent is this really original or re-contextualized music made from samples and to what extent is it simply a beat-matched flick of the radio dial? I mean, fine: credit Gillis with hard work, since he eschews the obvious and pretty much now-standard Ableton Live ease of time warping samples and instead takes the labor-intensive route of using Adobe Audition and Audiomulch (and, to be clear for the non-techies, Ableton would be waaay easier and produce exactly the same results; as an analogy, it’s kind of like some DJ being so vinyl that she presses a digital-only track into a 12’‘ so that she can play it on a turntable). Good for him, I guess, but also: so what? So he spends an unnecessary million hours laboring over his samples to make them sound like what they already sound like? Is he afraid of distorting samples beyond recognition lest a fickle audience walk away from more than 20 seconds of something they can’t immediately recognize from the Top 40?

I ask these questions because, when he does throw his source material on the chopping block, Gillis occasionally comes up with some inspired blends. Check out, for example, the jutting Avril Lavigne-derived beat at the beginning of “Shut The Club Down.” But that’s the exception, not the rule. And this hesitancy is brought into stark relief since Feed The Animals drops around the same time as What Does It All Mean?, a retrospective of sampling pioneers Steinski (also on the Illegal Art label). While Steinski certainly didn’t shy away from blatantly-pulled samples, for every obvious James Brown loop there were some blindsiding and reconstructed cuts just around the corner. And that’s part of the allure of the best sample-mongers in history, really. From the Bomb Squad to DJ Shadow to the Avalanches: their end product doesn’t bear a clear resemblance to the source material.

But even saying that can sound pretentious in the face of the usual pro-Girl Talk argument: Girl Talk is some grand symbol of unrepentant populism that defies critical analysis because it’s so damn fun. Other proponents suggest that Girl Talk’s re-contextualizing inspires listeners to rethink his source tracks, not to mention pop music in general. And certainly, many young laptop-upstarts have been inspired by Gillis’ plebian sample success, and that Girl Talk’s popularity has expanded into far more mainstream circles than other mashup purveyors.

Two things. One: I’d love to just say, “listen to Jason Forrest” and have that change people’s minds, but Jason Forrest has received his fair share of publicity so it’s not like I’m pulling the wool off Girl Talk’s MOR mashup scam by revealing The Unrelenting Songs of the 1979 Post Disco Crash as some therapeutic rejoinder. But neither do I think Gillis should automatically score extra points for choosing better-known samples and less challenging edits than the Cock Rock Disco, V/VM, or Violent Turd camps. Especially since, two: “more mainstream” doesn’t mean actual mainstream, and therefore isn’t really all that populist, since most people with mainstream tastes don’t care about Girl Talk, and that’s precisely because they have zero qualms about listening to an entire Ace of Base track with no ironic context. Indie-fans embrace this stuff because it’s ironic, first, and second because it has these vague illicit threads that run through it, both because of Gillis’s mash miscegenation and because he shouldn’t be able to play so freely with other people’s intellectual property. Come on: this copyright-flaunting brand of mashup isn’t really anything new. It’s just that when Kid 606 dropped The Action Packed Mentalist Brings You The Fucking Jams back in 2002 there was more devious, noisy fun to be had over the foundations laid by track-length rips of Missy Elliot, Jay-Z, and Kylie Minogue.

Look, none of this is to say that if you can’t like Girl Talk or that if you like Girl Talk you’re wrong. Girl Talk’s music works well in a party setting, and there’s a reason his shows devolve into mayhem—with a few drinks in your system and a room full of sweaty people, every new, recognizable sample is cause for fresh revelry. But separated from this collective knowing and communal nostalgia (the same collective knowing and communal nostalgia that challenges Nickleback fans each and every concert, I might add) Feed The Animals isn’t much of anything at all. It’s just another clip show of all your favorite records.