Other Records by Goldmund 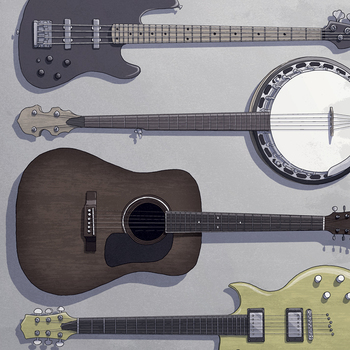 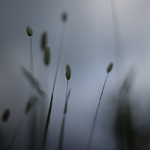 The Malady of Elegance

It would seem the folks over at Type have two distinct heads—craggy and android—and it’s the former they dust off for their latest delivery, letting the sodium tray shine along Bronson-esque crow’s feet while they once again flirt with the camera. Release number thirty-nine comes direct from the desk of Keith Kenniff, whose EPs under his Goldmund and Helios identities have earned him some far-flung subscribers, though this time the traveling orchestra he typically commands has been eschewed in favor of rustic keys, tinkling like dust in a Western. The Elegance Of Malady is Kenniff’s polite stab at the founding frontier of American soundtracks, harking back to a time before cowboys where spartan pianos helped break up the crosswinds and sunburn, and stands as a worthy coda for Type’s recent cinematic trilogy (see also Peter Broderick’s Float and Grouper’s Dragging A Dead Deer Up A Hill, both released this year). It’s not often popcorn tastes this nutritious.

Elegance‘s fifteen tracks aren’t as bleak as their compositional parameters would imply and, despite the occasional dip into melancholy, Kenniff is more interested in sustaining an atmosphere than he is in scoring fifteen emotions. “Finding It There” is a mesmerizing premature finale, the kind of cue Sam Raimi mined to wrap up the second Spider-Man, while “John Harrington” plays out like Scott Joplin sent crawling across midnight tundra, struggling to marshal the chords as his fingers slowly stop working. Attentive listening confirms the highly climatic feel to the record: most notably in the quiet subtext of drizzle not unlike Need More Sources’ Shed project—just the job for the graphite solstice haranguing the skies. That said, every wintry landscape has its sepia portrait counterpart: The Assassination Of Jesse James alternate ending of “Threnody,” for instance, or the way “The Winter Of 1539-1540” takes Johnny Klimek’s theme for One Hour Photo and bends until it feels televised. There’s even a whiff of breaking curfew with a couple of tracks going Euro—the tempered Swod in Subtle The Sum and the Porn-Sword-Tobacco-goes-to-finishing-school nuances buried in the album’s conclusion.

The best thing since sliced bread it is not, but the only prominent downside to The Malady Of Elegance is that even the grandest of themed projects can feel limited depending on your attention span. Fifty-six minutes of confederate nostalgia might be a cumbersome pill to swallow for some, and the trickles of feathery keys aren’t likely to pull you up out of chair—not unless you dance like sewage through a slow gulley. However, as a stand-alone genre exercise, Kenniff has concocted a pearl, and one that oozes spookiness like the solitary playback of abandoned vinyl. The shroud surrounding Type grows ever more luminous by the particle.