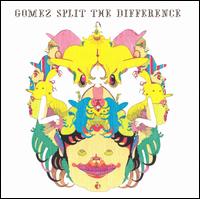 Tweet
God did I love Gomez in college. I literally think there was one two-week stretch in the fall of 1999 where the only things I listened to were Liquid Skin and the Gay Dad's Leisure Noise, despite having a 25-disc changer. Granted, Liquid Skin was (and still is) a fantastic album, but it also served me well as a fine transition piece of sorts; effortlessly bridging the gap between my high school jam-band obsession and my burgeoning love of Brit-pop. Sounding like a new-fangled Crosby, Stills and Nash for kids old enough to appreciate their parents’ record collections, but still far too young to have experienced the latter with Crosby’s original liver; Liquid Skin contained great songs, lush production, and a welcome lack of pretension stemming from the fact that the band was comprised of decidedly non-rock looking students. Liquid Skin was the second Gomez record; 1998’s Bring it On was pretty great too.

So when I didn’t immediately warm to 2002’s In Our Gun, I spent many an hour trying to figure out why. All the sound elements of a Gomez record were in place, and there had been no lineup alterations, but it seemed to lack a certain X-factor that made the prior albums so good. Was I unable to relate to these easy-going guys now that I was living in Manhattan in a post 9/11 environment? Had my rapid changes in musical taste over the previous three years caused me to simply outgrow them? The fact that I was still able to enjoy Liquid Skin on a fairly regular basis seemed to deal a blow to the latter hypothesis. Only after having spun Split the Difference for the fifth or sixth time did I come to realize what I’d been unwilling to admit to myself all along; my inability to enjoy In Our Gun had nothing to do with my changed tastes, but rather that it sucked.

Rife with pointless electronic flourishes designed to cover up the dearth of decent songs, In Our Gun was the epitome of a band attempting to make up for a three year absence by trying way too hard (the electronic crap leading one magazine to hilariously refer to Gomez as the ‘Dave Matthews Beta Band.’). It’s a relief then to note that Split finds Gomez more or less scrapping the electronica entirely in favor of louder guitars and a refreshingly pronounced rhythm section (double bonus; no horns). The fact that they recorded their first record on a 4-track notwithstanding, Split is surprisingly lean for a Gomez album, and their most traditionally “rock” effort to date. Producer Tchad Blake still tosses in a handful of electronic touches for gee-whiz headphone listening (e.g.: cool explosion type sounds 30 seconds into “Do One”), but in contrast to most of In Our Gun, the studio wizardry never threatens to overtake the individual songs.

If all of Split the Difference held to the standard established by its first four tracks, it could conceivably have been in my year-end top five. Utilizing the talents of each of Gomez’s three lead vocalists; “Do One,” “These 3 Sins,” and “Silence” are all extremely energetic and well-written, with a seamless flow that immediately excises any hard feelings left over from In Our Gun. The first two songs comprise an impressive display of Gomez’s dynamic range; “Do One” is perhaps the hardest rocking three minutes to ever grace a Gomez album, while “These 3 Sins” is a scruffy back porch hoedown with a catchiness not heard since “Whippin’ Piccadilly.”

The opening trio serves as a setup for album highlight “Me, You, and Everybody,” a harmonious waltz that could have easily held its ground on Liquid Skin. “Yes!” the starry eyed listener cries out in ecstasy, “This is the Gomez I so fell in love with many years ago!” I was so thrown by the quality of the opening barrage that I began to lovingly reminisce about all the college hotties whose mix tapes I loaded with Gomez songs in the hope that they would become my “Hangover Girl.” Too bad that mix tapes seduction never worked for me. Also too bad is that while next track “We Don’t Know Where We’re Going” would have been one of the better tracks on In Our Gun, it’s a retrenchment to the flaws of the latter, falling prey to experimentation for its own sake, and paling in comparison to the four songs that preceded it.

The fact that “Chicken Out” and the Oasis-y “Nothing is Wrong” should have been B-sides keeps Split the Difference out of the 80% range, but I’d still wholeheartedly recommend it to anyone who enjoyed Gomez before their third album travesty (like our Editor-In-Chief, for instance). The band sounds positively loose for a change, and many of these songs benefit from a pleasant Summery vibe ideal for a beach day or backyard barbeque. In a summer which is going to find me tearing my hair out studying for the New York Bar Exam while looking for something resembling a real world job, the new Gomez record will at the very least provide me with nostalgia for the utterly carefree four years of my life known as college. My advice to the kids of North America? Go to twice as many rock concerts as you can afford and treat every college day like it’s your last. It’s all downhill from there.