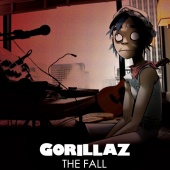 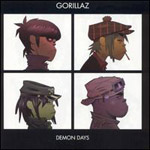 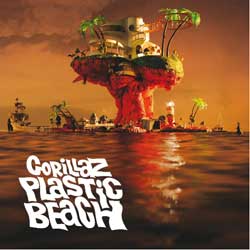 Ignore, if you will, the grand “Orchestral Intro”; that the first human voice you hear here is superstar Snoop Dogg’s pricy drawl; ignore the decade of hits and high-production-value packaging and video accompaniment; ignore Bobby Womack and Lou Reed, ignore the general glut of major label money, and ignore, for the love of God, Danger Mouse; ignore all these things and find, here, Gorillaz’ third record, some sort of masterpiece within the band’s canon, and undoubtedly the best chillwave record ever recorded.

Ahem. This may come across as sort of faint praise, right, being as the band’s other records have been fairly wack and chillwave is, well, chillwave, but the confluence of these two qualities is sorta remarkable. I get chillwave hate, designed as it seems to have been exclusively as a Hipster Runoff punchline. Jon Pareles slammed it in a much-reposted NYT blog as “geek daydreams: half-remembered Top 40 songs and dance hits sung by guys too shy to leave their rooms,” which is fair and funny but also probably misplaced. Robert Smith’s no-friends attempt at punk rock, after all, yielded “10.15 Saturday Night” and everything thereafter; that dance music heard as a wallflower might rattle around within these dudes’ memories and come out transformed isn’t the problem. The problem with chillwave is that, barring a few choice moments from Neon Indian and Memory Tapes, their melodies are barely there, and their drums, straining to remain cool, move no one. There is nothing to fault with the core idea of hazy, nostalgic dance music, and it’s this that excites people, I optimistically maintain: this that has caused a fuss more so than, like, “Deadbeat Summer.”

And so, as Albarn has shorn himself of the mawkish indie-rap posturing of earlier Gorillaz records and availed himself of this trendy mid-tempo dance aesthetic, and while the distinctly American Nike-gazing of chillwave has been replaced here with a more European politic, the overall confluence of dirt-cheap Casio beats utilized toward dreamy songwriterly introspection feels like an absolute revitalization of Albarn’s art. It is also, if one wishes to view it as such, a refutation of the limitations of chillwave. Pareles in his most damning calls the burgeoning genre “a hedged, hipster imitation of the pop (chillwave artists are) not brash enough to make,” but Albarn’s pop chops are firing full-bore here well within the confines of the aesthetic, layering melancholy coos over each other in wash after hyper-lush wash of “Broken,” organs and synths working in tandem like the in-and-out of a respiratory system beneath it. In an early one-two punch, he utilizes these elements as a tool to wrench in the hook: “Rhinestone Eyes” relies entirely upon a synthline to bring home its conclusion and cuts directly into the lo-fi step-clap of “Stylo,” a sonic shift recalling Memory Tapes flipping on your iPod from the end of Seek Magic to that ill Gucci Mane remix.

Of course, Albarn’s ability to inhabit these trends fully doesn’t negate his pre-existent singularity as a pop songwriter, here in full display on the lovely and only slightly melancholy “On Melancholy Hill.” And the cartoony underground rap fixation of earlier Gorillaz releases remains here, too, getting splashed with grime on “White Flag” and summarily vindicated in its entirety on the batshit ramshackle Mos Def fuckaround “Sweepstakes.” Yet even while toying with new textures and drastically reevaluating old ones, and even on a record once envisioned as merely being presented by Gorillaz, Albarn sounds more fully himself than he has in a decade. In this marriage of spare (but huge) melodies woven into the tapestry of a heavily synthesized percussive record he has finally made a follow-up to his millennial masterpiece Think Tank, which the Gorillaz project has until now seemed like an elaborate attempt to escape. Let me just personally assert that that shit doesn’t make a lick of sense, how the Gorillaz have finally congealed into something not only worthwhile but somehow revelatory, pulling together those three disparate chords that Kanye has spent the past five years trying to grasp simultaneously—indie rock, hip-hop and electronica—and wielding all with authority, treating a Mos Def verse as a melodic bridge on “Stylo” and imbuing Albarn’s feathery melodies with the plush bounce of an emcee. But it has; the Gorillaz project, ten years later, is a success.