Other Records by Graham Coxon 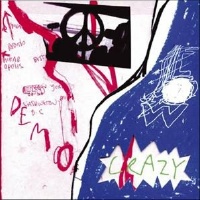 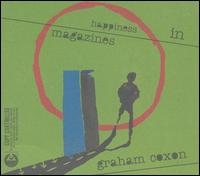 Parklife was a brilliant album; The Great Escape, Modern Life is Rubbish and Blur were great albums; and, hell, even Think Tank was pretty fantastic. It’s 2005, and due to the weight of his work over the last decade or so, Graham Coxon has by all rights earned enough free passes to keep spitting out mediocre pop albums for years. Which about brings us to another such release: Happiness in Magazines.

It’s hard to call it a bad album, it’s just feels like such a throwaway from a guy who was central to some of the best Brit-pop albums of the '90s (though arguably Brit-pop in and of itself was never meant to be taken very seriously). Listening to it with out paying much attention it seems pretty harmless, but once you start listening in you start to notice the ancient melodies (“Bittersweet Bundle of Memories” being the most atrocious) and terrible lyrics (“All Over Me” seems to be about Coxon falling down in the shower). Still, it’s probably not meant to be listened to all that closely: at its heart Happiness in Magazines isn’t meant to be much more than a fun, feel-good pop record.

To that end, Coxon does throw down some fun tracks. “Spectacular” is a fun fist-pumper (though it may or may not be about internet porn/marriage). “No Good Time” has its moments, and despite the straight-up Parklife pilfering (suppose it’s allowed), “Bittersweet Bundle of Misery” can be fun once or twice. Still, the album really hits its stride with the guitar-heavy “Freakin’ Out,” with its credo of: “Nothing to prove / Nothing to say / Nothing to lose / Nothing to gain.” “Don’t be a Stranger” pulls off a ballsy opener (no one ever claimed that Coxon was angelic in voice), but fails midway in, despite one of those killer power-pop bass hooks that Ric Ocasek patented in the late ‘70s.

Then there’s everything else. On a few of the tracks here Coxon seems to have just sat down and tried to write the perfectly stereotypical genre track. “Girl Done Gone” is the Blues Song. “All Over Me” and “Are You Ready” are the Druggy Love Songs. I don’t really know exactly what he was aiming for with “People of the Earth,” maybe heavy metal. None of these compare to the true out-of-the-blue moment on the record, the proper closer, “Ribbons and Leaves,” resplendent in its horns and string section. It’s not a particularly bad song, it just comes out of nowhere, and is badly sequenced behind “Life it Sucks” on the North American edition of the disc.

So there you have it: Happiness in Magazines is better than Damon Albarn’s atrocious Democrazy but it doesn’t come close to touching anything from that little band that rhymes with “myrrh.” Hopefully the Albarn—Coxon rift will one day be healed and Blur will triumphantly reemerge in full, four-member form (I imagine this happening in some amazing rock-awesome way that may or may not involve the crucifixion of the Gallagher brothers). Until that wonderful day, I’m putting my money on the other three doing better than Coxon: there’s just too much to be said for songwriting to let this one slide by.