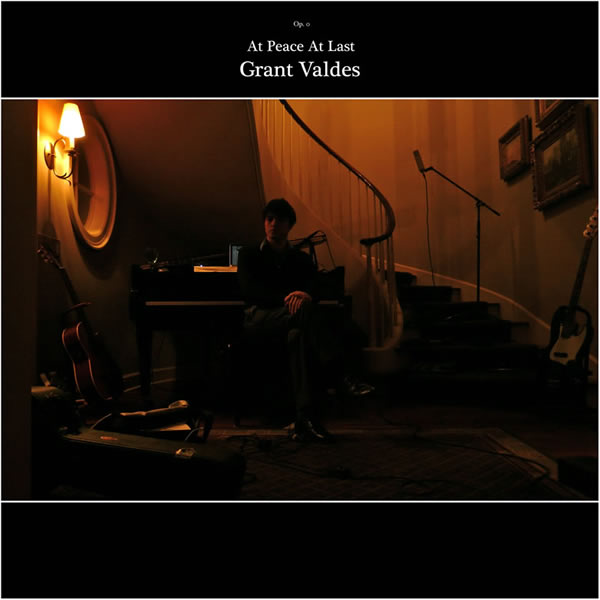 At Peace At Last

If the 1996 film The Empty Mirror passed you by, you missed out on a two-hour arty Adolf Hitler headfuck that would eventually seed the film Downfall (and consequently all those “Hitler gets banned from Xbox Live” virals that still continue to surface). If the band the Empty Mirror passed you by, however, then you missed three CDs of “nightmericana”: a term coined by frontman/founding member Grant Valdes after one doobie too many. TEM’s blend of noise, bleak country and disc two from Smashing Pumpkins’ Melon Collie (1995) set got them flagged as self-releasers to invest in, and ones who looked capable of going far. Instead, though, they went critical, collapsing after two EPs and an album of contemplative, renegade rock songs. Grant Valdes was last seen recording videos of himself reading letters by E Marton Shotz. Investors were seen booking taxis, their nightmericana dreams in ruins.

A year later and Valdes returns, focused, toned down and eyes like Stallone in Rocky III. In fact he’s very toned down—for his first new line-up as a solo artist he’s bypassed hiring a drummer, giving his stripped-down folk diatribes a deceptively fragile look. This absence of percussion not only makes At Peace At Last perfect for those without woofers; it also splits Valdes’ remaining energies among guitars, piano, and bass, giving him an inch more bile to play with. Imagine ZZ Top after a week on white wine, Billy Gibbons’ beard burnt off in a freak candle accident. After one week of living like that in a forest and forced to kill squirrels to survive, he’d write a song like “Antithing,” which sees Valdes using piercing strings to mimic the darkest bits of Sgt. Pepper’s (1967). “Do not mean anything / Stay a true antithing,” he cries, calming himself down with some mellow fret work, as gradual as the light through the canopy. No sooner has he settled than Valdes springs back up and reveals the full force of his voice, howling “What’s the use in carrying on” before recoiling. I haven’t heard a song this schizophrenic since they introduced Guitar Hero to Broadmoor.

As well as mood swings, Valdes’ other trump card is nostalgia—he can funnel it discriminately into his twelve-song collection like the sprinklings from a cross-cut shredder. At times you get one awkward paper lumps jammed in the mix that verge on solo Steve Harley, but more often Valdes gets it right: the precious but excellent “I Know,” which marries the gallows humour of the Delgados with Perfume Genius’ piano. By now you’re probably thinking “This is a man who needs a Richard Pryor DVD and break from thirty-something time bombs,” but Valdes’ music isn’t predictably negative: his healthy, all-pervading pessimism keeps his material charged, and makes At Peace At Last a great album for revisiting the streets you got laid on with headphones plus ten years of attitude. It’s a trek Valdes makes often in his fifty minute adventure, tip-toeing so softly down Memory Lane it’s like he’s worried someone’s booby-trapped it with ornaments. One false step and he’ll be picking shards of china kitten from the soles of his feet all week. Hence why occasionally and when the mood grabs him, he has to let the odd bomb off.

The bombs, when they come, explode sharply, the whole orchestra turned on you for ten seconds. On “A Lesson For Kurt”—a string-laden dig at Goldie Hawn’s husband, maybe—it’s a vocal attack, with Valdes suddenly banshee-screaming after a well-behaved intro of keystrokes. “You didn’t try hard enough to survive,” he whispers once his ravaged lungs are spent. I agree, Grant; it was shit when he drowned in Poseidon. “Telephone,” on the other hand, deals with a different kind of keystroke, the ones your drunken index finger makes as you angrily dial your ex. “You, you are why I’m here / You’re less a person, more a social fear / Telephone, it’s you I love / Telephone, you screw things up,” he speaks clearly after the beep. Marshall McLuhan would enjoy that one and its nice reversal of subject: the medium is the messaging service.

Eventually Valdes’ temper subsides, and he signs off with the spine-tingling swamp of “The Gift of a Poor Memory,” sliding down a single high C string before rattling out in style—Sgt. Pepper’s style, again, only this time a more bitter imitation. People always wondered what it was Ringo brought to the Beatles, and with Grant Valdes they get a partial answer: the drugs would’ve worn off, the party would’ve wrapped and the world would’ve suddenly seemed crueler, though crueler with competent songwriting. At Peace At Last is certainly one of the more bitey singer-songwriter album recorded without drums I’ve hears since Billy Bragg’s Life’s a Riot (1983), and Valdes shares young Billy’s adverse humility when he’s not telling you to fear the A-Bomb (though, thinking about it, Billy did that too). What makes At Peace At Last stick in the mind, though, is its sense of past injustices: you get the feeling that if Valdes isn’t recruited to contribute to a Western soundtrack soon then Oscar-contenders everywhere will feel it, as there are moments on here that feel like Bonnie “Prince” Billy after four or five espressos. What you need to do is ask yourself if your record collection could live without the company of a pained drifter who’s warmed up and now wants to talk. He may not have a drum kit but he’s going to piss off the neighbours.