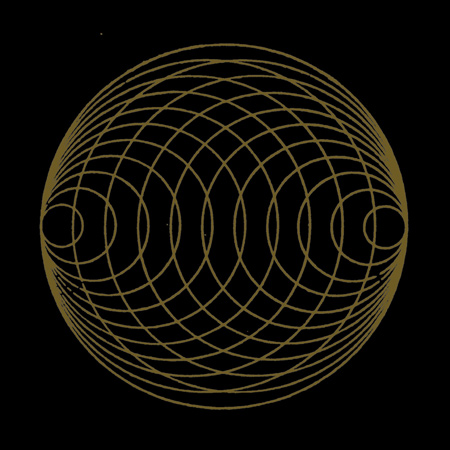 Renowned for its spacey experimental music, Kranky is a suitable label for Gregg Kowalsky, a composer who lives in Oakland, has a Master’s degree in Electronic Music and Recording Media, and experiments with drone tones and noise. For many years, Kowalsky’s instrument of choice was the computer, but after the release of his first full-length album, 2006’s well-received Through The Cardinal Window, he began to take a more ascetic approach. “I felt limited by the unlimited possibilities of digital production,” he explains on Kranky’s website.

In a subsequent series of compositions and live recordings that he dubbed “Tape Chants,” he traded the computer for acoustic and analog electronic equipment like piano, gong, analog synthesizer, sine wave oscillator, contact microphones, motors, mixer feedback, and cassette tapes and recorders. In live performances he would place tape decks in different parts of a room and alter the volumes of each as they played—depending on where each audience member sat, they would hear the piece slightly differently. Tape Chants, a studio recording that serves as the third installation of the series, borrows from previous live recordings but dispenses with these spatial experiment and brings in more “rhythmic textures,” as Kowalsky calls them—not actual beats, but elements that suggest a sense of progression.

Like the sonic equivalent of a Mark Rothko painting, Tape Chants at first sounds like one drone tone transitioning into the next but is, in fact, a infinite realm of fluid colors and textures at once beautiful and unsettling, full of overwhelming sine waves and sublime sounds that mingle and overtake each other. “I-IV,” stretching to an epic twenty minutes, is like a mirage rippling in slow motion, a low hum and a warm flute-like tone give way to a high-frequency tone and a low crackle. It eventually evolves into a heavenly warbling sound and a throbbing drum pulse before finally dissipating into weird sonic flotsam. “VI-VII,” clocking in at thirteen minutes, is a cornucopia of harsh sucking sounds, shruti box-like drones, and glassy overtones. The first sign of discernible melody in the 49-minute album are the wandering, submerged piano notes in “IX.” The heavy gong of “X-XI,” which melds with what could be some kind of motor, makes for a meditative end point.

Most people would consider the drone tone a motionless thing, but Gregg Kowalsky has shown the listener that it can be a vibrant pulsating force. It’s perfectly reasonable to listen to Tape Chants at an ultra-low volume (a la Morton Feldman), but to absorb all of the color and contour of this veritable ocean of sound, I recommend playing it very loud.