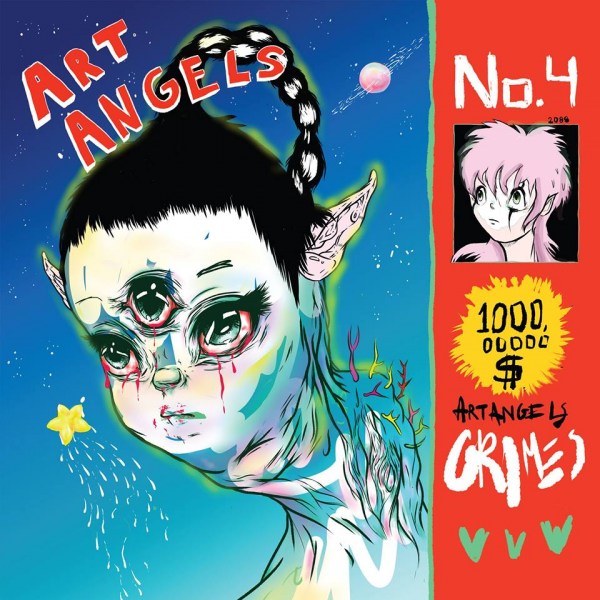 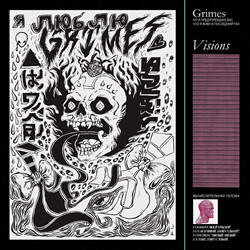 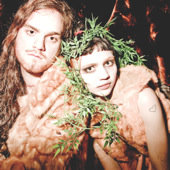 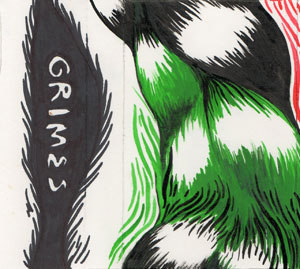 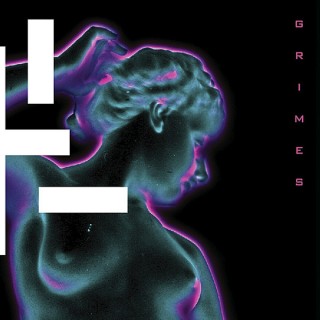 If there exists such a thing as an ideal coalescence of influences, Montreal’s Grimes—whose artist page on the Arbutus Records website cites Mariah Carey, Gang Gang Dance, the Smiths, Cocteau Twins, and Prince as reference points—is, at least as far as my own aesthetic inclinations are concerned, pretty much a lock for the title. And these aren’t tossed-off citations brandished for validation, like Judd Apatow name-dropping Cassavetes as a cred-building exercise; Halfaxa really does sound like the product of someone who likes Meat is Murder (1985) and “Always Be My Baby” in equal measure. (Their very juxtaposition, of course, also makes it sound like neither.) Because Grimes, whose Claire Boucher openly admits to having no musical training whatsoever and so has “no understanding of theory or notation,” is above all else an avid listener of music, someone whose ability to make a great album seems to stem primarily from Boucher having absorbed so many of them. So go ahead and call it “quintessentially modern”: Halfaxa is something of a hand-crafted masterpiece, as unexpected as it as suddenly essential.

Boucher claims that her “attempts to imitate often fail” because she lacks the technical competence needed to replicate her influences accurately, but that sells the confidence of her strategies short. Which is to say that these songs don’t sound like poor imitations of the pop songs which inspired them so much as wildly original reinterpretations of same. You can hear trace elements of pop, techno, industrial, and especially R&B across Halfaxa, snatches identifiable to anyone with a record collection similar to the one Boucher must boast, but how these elements come together as a whole is entirely her own. So while a song like “Devon” dips into pop for its “la da da da da da” hook, it does so only fleetingly, a momentary lapse of otherwise pervasive weirdness.

Halfaxa‘s weirdness is partly aesthetic, a byproduct the often unsettling juxtapositions of ethereal soundscapes and conventional pop melodies, but also the result of how these songs are paced and structured: they don’t quite meander but they seem to sort of drift, unfurling slowly, often branching off in unusual and unexpected directions. Even “My Sister Says the Saddest Things,” which begins with at least a modicum of urgency, seems to get distracted midway through its running time, undermining its skittering beat by focusing instead on Boucher’s sonorous “ah ah ah“s until synths bloom and envelope the beat entirely. Abandoning structure for the sake of spontaneity might have made Halfaxa cluttered or schizophrenic, but whatever it now lacks in cohesion it more than makes up for in depth and variety. Boucher seems to have more ideas than she knows what to do with (this is her second album this year, and at nearly an hour long Halfaxa‘s not exactly tossed-off), and it’s to the album’s benefit that she makes use of as many as she can. Pop music would have been too confining a template for Grimes; better for the material that it retains its sketch-like format, where Boucher is free to let the breadth of her ideas and influences congeal however bizarrely they may.

Geidi Primes, released earlier in the year, was an undoubtedly strong debut, but the strides made by Boucher in the period between that album and Halfaxa are obvious. Geidi Primes seems in retrospect like the product of an artist only beginning to find a voice of her own, or of an artist not quite ready to take that extra step out into the unknown. It’s a good record, but it’s also kind of a safe record—it’s a little cleaner around the edges, less willing to take chances by letting weirdness take control. Compare “Rosa,” the closest Geidi Primes got to having a single, with “Weregild,” Halfaxa‘s pre-release single: the former is a very catchy piece of minimalist dream-pop; the latter begins with an abrasive clatter of synths, gets taken over by tinny drums and distorted squeals, before blooming, finally, into a sort of abstract love song, replete with celestial “ooh“s and obfuscated lyrics. Boucher clearly isn’t interested in the saccharine shoegaze of “Rosa” anymore. Halfaxa delves deeper, taking its influences straight down with it. Pauline Kael used to say that the only way to make genuinely groundbreaking cinema was to operate totally outside of it, and if the same can be said of music then Grimes is among those way out there creating anew. This is fascinating, singular stuff, and if Halfaxa is indicative of the direction Grimes is headed then it’s only going to get weirder—and, one can only hope, better—from here.