Other Records by Grinderman 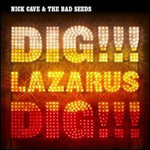 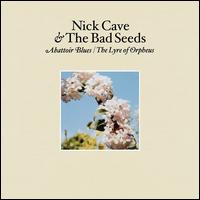 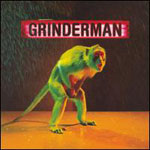 Even though Grinderman is by no means a horrible album, I'm a bit mystified by its success. What I was taught and had formulated as a new direction for Nick Cave's songwriting, backwards in time in increments and a few steps away from the bombast of the Bad Seeds, isn't much of a trip anywhere at all. For all the big brash talk and skuzzy sneers, it turns out an immature paean to growing old, which is what I thought Nick Cave's been making for years now. So what's really wrong with closeting some middle-aged middle-somewhere milieu in a goofy angst that can only manifest as a grueling constancy of blue balls, as the eternal disconnect between beautiful "pussy" and a hoary, hot iron rod? Not everyone's got a hot iron rod, and some of those that do would not want to have theirs referred to as "hoary." But Cave's mistake is a trickier stumble than his mushing together of dopey gender politics; the assumption that when he states, "I've gotta get up to get down and start all over again" from the very beginning, it means sexual slop, sizzling feedback, and a growl as if that in itself is statement enough. And it might have been enough in Cave's Birthday Party but now just seems rapt in the throes of a mid-life crisis. More weeping wiener than weeping soul.

Cave's indulging in sweaty pulp tropes, so if "No Pussy Blues" begins with the clacking anti-noise of a typewriter and then later the sermon, "I felt like Marcel Marceau must feel / When she said she just never wanted to," the song attempts a bridge between high and low art, a tenuous conceit on its own and maybe a mission statement for Cave when Grinderman's summarized in tune with the crooner's self-satisfied canon. Too often we're reminded of Cave's iconic ideal, of his intelligence and disgust played out explicitly in the songwriting dichotomies he's trusted for so long. "Electric Alice" pairs an unassuming, symmetrical bass line with Warren Ellis's violin wail and it sounds like Ellis normally should while Cave intones what he, ostensibly, should: "silver rain" and "pale moonlight" wreathe this Electric Alice, this silhouette maybe only a shadow, maybe the shadow of Cave's spinning guitar splitting the track into the seen and unseen. Cave's music (and by extension the music of the Bad Seeds and of the Dirty Three) always creates tension in extremes, either by obscuring too much in the way of melody or structure or by leaving catharsis, moralizing, and orchestration obvious gilded features. Thus the brimstone chugging behind "Grinderman," a corollary to the track before it, is all stalking glance as the sole motivation for the track's arrangement. "Silver," "pale" images resurface dumbly.

What emerges as an appropriately clipped take on Cave's oeuvre quickly settles and flags as Martyn Casey, Jim Sclavunos, and Warren Ellis continue to play the same parts as they do in the Seeds. Sure, Nick Cave now wreaks guitar havoc all over the tracklist, but his lyrics are still melodramatic, tired, blankly anachronistic only in a preacher's attention to elocution and snarl. Every sensory detail is repeated glumly; "No Pussy Blues" says the same thing as "Depth Charge Ethel," which speaks the same tripe as "Love Bomb," and what they sell are infuriating metaphors for desperation, about not getting what you want even when what you want is always served for your senses on a silver platter. If Grinderman is something of an ode to emasculation on a larger, social level, it should be ground to raw, sputtering meat, a clear homage and reinvigoration of its forebears (which include the Birthday Party, and Grinderman succinctly seems to be emulating itself in that vein). Instead, Grinderman isn't angry and it isn't raw, just a careful concoction of licentiousness and braying disdain ultimately monotonous and unexciting after the first four cuts.

Only "Man in the Moon" achieves a sentience beyond pissy self-administered ejaculation, and in its longing for Daddy breaches a harsher longing for closeness. Amongst all the raucous fuzz and bouzouki plucking, a moment of honesty about where all this dissatisfaction comes from rings truest. The rest? The rest lies through its teeth and wants to be pitied when it should be spitting, fucking angry. For a band that sounds so comfortable bleating and convulsing about discomfort, Grinderman ends up a whiny bunch of old blokes chomping on the discarded threads of their unfinished lives, knowing they might just be chewing all the way to the grave.