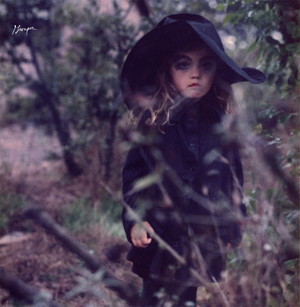 Grouper: Dragging a Dead Deer Up a Hill 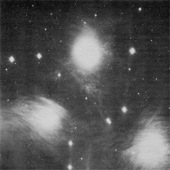 Six minutes into the nine-minute “Vapor Trails” I had to catch myself: I was having a conversation with Leah about where a specific bottle of hot sauce had hidden itself in our kitchen; I was checking out online discussions about Game of Thrones; I was a casual observer, I mean—the alien of the title of one of the two discs that makes up Grouper’s new A I A release. And sure: I’m willing to have a casual relationship here. Because it’s not that A I A isn’t good, really. It’s just that the music it contains is…expected. From the first blush of “Moon is Sharp,” things proceed pretty much how you figure they will, and the only surprise is the varying levels to which each individual track is worked. Some have been produced to the point where there remains only trace elements of the instruments used to record them; others are a bit less deconstructed.

I don’t mean to sound like I’m dismissing Liz Harris’s talents; rather, I think it’s evidence of something I’ve known for a while but haven’t really articulated: this type of ambient drone music has a clear shelf life for me. I’m a fan of Philip Jeck sound explorations, of Tim Hecker’s stuff, of Gas, or whatever; I’m even a fan of Harris’s last full length as Grouper, Dragging a Dead Deer Up a Hill (2008). But I think with each artist my interest is at least partially academic: Stoke (2002), Haunt Me, Haunt Me Do It Again (2001), Pop (2000), and Dragging a Dead Deer Up a Hill are excellent examples of how each of these artists takes on this style of ambient, droning sound, and the aesthetic approach they utilize is fascinating. But while each of these artists has extended discographies, I only ever really needed the one example to forge an emotional connection—the rest of their work just keeps asking me to go back to the same place, basically. These A I A discs don’t really fundamentally ameliorate or shift the thing that Grouper does, and does well, and so I’m left daydreaming while listening to them: they are solid, well-crafted song suites that function in exactly the way they’re supposed to, but there’s nothing here that transcends the genre.

In fact, this the sequencing here kind of further exacerbates the issue: “Moon is Sharp,” the clear stand out track of Alien Observer, is the first of six; every song that follows echoes the tone and mood of the first, but is less developed and less painstaking. So you get a lot of electric piano and nods towards the muddled, steady pulsing of the first track, but nothing moves quite so well. (And there’s certainly nothing as engaging as the best tracks off of Dragging a Dead Deer Up a Hill.) Dream Loss, the other disc, does better at mixing things up. The pianos are replaced with droning guitar, and the arrangements make these seven songs seem darker and more taut. That said, the Dream Loss songs don’t have the finesse of the Alien Observer tracks; there’s a lot more reliance on draping the sound with reverb to get the sound Harris is going for rather that manipulating the sound itself. Which is fine, but I just don’t find it at all interesting.

And, I mean, this was basically my one complaint with Dragging a Dead Deer Up a Hill anyway: Harris kind of takes a good idea, turns it into a dead horse, and flogs it. A I A contains thirteen songs that feature the occasional nice melody (“A Lie”) and some nice technical details (“Mary, On the Wall [Second Heart Tone]”), but the actual thrust of every song is the same: melancholic and slow explorations of ambiance. Which I like, but have lots of, so I find myself easily distracted here.