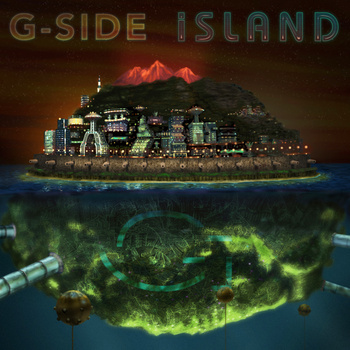 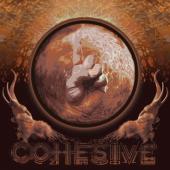 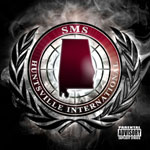 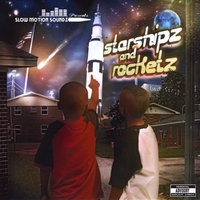 As Clay posited in his review, T.I. Tip Harris had critical pussy-poppin’ leading up to the release of Paper Trail, his unequivocal statement that never quite formulated. The salivation commenced with “No Matter What,” its weary defiance clearly outlining a distinct injection of personality into T.I.‘s music; for the first time he appeared to be looking directly into the camera and speaking. Then “Whatever You Like” was kinda lame and, rationalization aside, the possibility of a genuine pre-lockdown affirmation faded. Nagging fears were confirmed with the leak, which revealed righteous T.I. and ladies’ man Tip as merely shades attributing to a palette that, while expansive and impressive, didn’t amount to much in the way of substance.

So while we were collectively hanging our heads over the pretty-goodness of “What Up, What’s Happenin,” two ridiculously monikered Alabamans, ST 2 Lettaz and Young Clova, hooked up with yet another low-rent, but fantastic, Southern production team, the Block Beataz, who sound like some splendid amalgamation of Three 6 Mafia and Organized Noize. What results is the closest thing released this year to that imaginary introspective masterstroke Tip planted in our jittery little minds only months earlier. Not that this sizzurp-laced mess is an exercise in self-reflection or proud affirmation—it’s more in the vein of Dre 3000 observation; less astute, sure, but keenly perceptive. Any fan of Soul Food (1995) can attest, there’s an ineffable soulfulness to Southern rap that’s perhaps been lacking in recent years. Where went that glorious stew of gospel-y intonations and slow, considered drawl? Weezy, Tip, and even Jeezy channel it sporadically, but if that rich-as-mud spirit that pervades much of the Dungeon Family’s best work is conspicuous on any record this year, it’s this.

The title track sees slight, layered female crooning giving way to interstellar weed smoke and phantom horns blanketing ST’s understated inspection of his surroundings. He calmly states, “Massa tryna make it to Mars / I mean, NASA tryna make it to Mars / While ghetto children got they face to the stars, wonderin’ if they gon’ make it or starve.” It’s a cold jab, something uttered by a bitter child to his neglectful parents. This theme runs through the record: disenfranchised pseudo-youth (Clova and ST are only 21) commenting on what a piss-poor job society did raising them. Thankfully, ST and Clova never lean on cliché afterschool special dialogue, though they oscillate from enraged (“Seems like Karl Rove led us straight to the trap”) to downright somber (“Brother cryin’, stayin’ hungry / Now my feelings hurt”), their ease in such a transition perhaps akin to how disaffected they really feel.

Not to insinuate that Starshipz And Rocketz is a group hug of a record; there’s a healthy dose of self-righteousness and swag-drenched flossing here. “Rubba Bandz” rides a bijou, blipping synth line over barely existent drums, occasionally flowering into a slightly more adamant pool of fluorescent goo. Strangely, ST and Clova’s pure self-assuredness temper what could, in less capable hands, manifest itself as a douchebag-ish club track. The unadulterated charm in ST’s immodest assertions (“Got the whip sittin’ on Emmetts / They sayin’ I’m the sickest young MC in it… and I agree”) leaves no other option than to nod and adhere to his edicts instead of listening through his statements like the brash club clarions they could be. “We Own The Building” is the Block Beataz triumph, stretched out strings and horn patches coming together like a tapestry made of dollar store yarn, and G-Side sound thoroughly invigorated, chest-thumping eloquence fusing with the track to create an aural power surge.

Unfortunately, there’s a stretch in which the duo falls into some C+ UGK-esque slow jamz, which is unfortunately laced with superfluous crooning and languid production, and it unfortunately stinks. But the album’s conclusion exemplifies G-Side at their pinnacle, combining that “fuck are you?” arrogance with the quiet articulation present in the title track. “Hit Da Block”‘s molasses slow creep breeds paranoia; ST soberly announces facts: “I’m only 21 / And I’ll probably get more than that if they find out what’s in the trunk.” Still, there’s a sense of perseverance here, the grizzled capitulation that such worrying work is the best option available, and no matter how horrid, there’s no use dwelling on it for too long. The alternately triumphant and uneasy “Speed Of Sound” explains itself with its hook “TV screens flippin’ down / All you hear is tippin’ pounds,” and the eerie nature of that is expanded upon in the verses, the rappers roughly outlining the events leading up to their present day experiences, which seem to overwhelm them. This is them expounding on their afflictions, figuring out whether the here and now is ostensibly “better,” or otherwise.

As much line-citing as I’m doing here, there’s something to be said for inflection, which is often the two MCs’ most affecting tool. They so affectively connote fatigue and dissent that they sometimes render their own writing superfluous. I mean, it’s satisfying to read a line like “When the money came slow / Then the days moved slower / Now the money comin’ fast and the days won’t slow up,” but it’s downright stirring to hear. Sometimes it seems Clova and ST get a little too bogged down in their desire to craft thick, smooth ballads to compliment their other surprisingly polished styles, but missteps from still-embryonic talents are excusable because the other downright startling triumphs are so damn ingratiating. And now we’re back to discussing my anticipatory erection at the prospect of another Southern opus. Hope springs eternal.