Other Records by The Gutter Twins 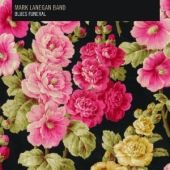 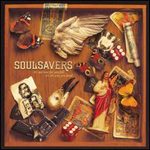 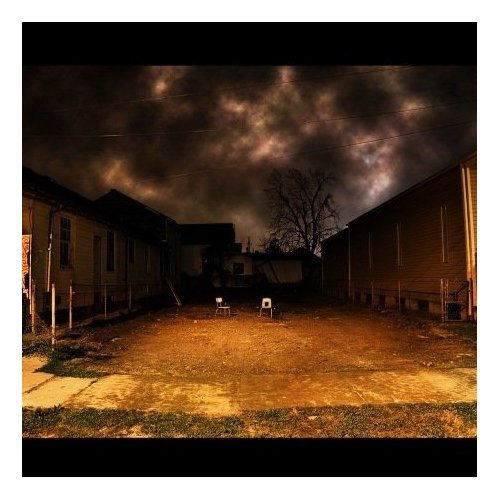 Even as a fan it’s difficult to follow Greg Dulli’s post-millennium career, but an oft-overlooked highlight is his vocal contribution to “Somebody Needs You,” a big-beat anthem from the Lo-Fidelity Allstars’ Don’t Be Afraid of Love (2002). It’s trademark Dulli, all machismo and explicit cum-ons (“I wonder what her mouth tastes like”), and the fact that his words are set to an electronic club-humping backbeat is so obvious, and so awesome, that it’s amazing it hasn’t been done before or since. The track is also important for revealing the subtle ways that Dulli is not only a singer/songwriter/bandleader, but also a collaborator. The song works in a way that too many phoned-in overdubs, retro-remixes, and mail-order duets don’t. That is, it actually feels like the connections between singer and composer and music and beat are real. It’s not merely decoration, it’s foundational.

I bring it up here because the essence of collaboration is what makes the Gutter Twins’ long awaited debut Saturnalia work so well. Musically it is exactly what you would expect, especially in the album’s first half, and fans and reviewers have already noted that this isn’t a bad thing. I agree. In many ways, the review writes itself (Maxim style, but in a good way), and I don’t want to force myself to fake it or overlook the obvious. So, yes: these are two dark-ass dudes, they are calling themselves the Gutter Twins for God’s sake, and the album is a brooding, sinister, guitar-driven alt-rock exercise in being tough and tortured. In all these ways, the album is a success, especially for the die-hard Dullites.

I don’t know a lot about Lanegan, but I do know that his recent efforts have also been marked (like Dulli) by maintaining a career after his big nineties band’s no longer together. He’s also a collaborator; I liked one of the Isobel Campbell records, but I forget which one, and really, I don’t think it’s all that important to bring either musician’s used record bin of past material to bear on this particular joint. In essence, what I like most about this album is that you don’t have to stress, should you not want to, over the “Dulli” songs and the “Lanegan” songs, the ones that sound “totally Whigs” or “obviously Twilight Singers” or “really indebted to Screaming Trees.” Rather than a battle of egos (and these are HUGE egos, no doubt), they give each other space, show each other respect, all while generally letting it rip. They’re friends and tour mates clearly playing for each other as much as for us. We all come out winners.

Musically the most important aspect of this collaborative effort is that their voices work so nicely with and against each other. As Simon Frith noted in his great “The Voice” chapter from Performing Rites, singing in male groups has often meant reducing the importance of individual performances to serve the larger structural and musical goals. Here, as just a duo, the Twins can’t quite achieve the group mentality as, say, a doo wop act, but they can work in tandem to create something that is larger than the sum of it’s parts. Take, for instance, “All Misery/Flowers,” Lanegan’s standout vocal performance. His counter-rythmic delivery, almost spoken, will make the hairs stand up on the back on your neck, but Dulli’s vocal, much higher, completes the song’s message of emotional and bodily pain. It’s the best song of the album’s more bombastic first half.

“Idle Hands” is another standout in this vein. Lanegan again takes lead vocal duties on the chorus with Dulli perfectly complementing him. I think this is more than coincidental: Dulli is a known growler but lets Lanegan own the lower register. Lanegan dips with aplomb. Musically, the song is as close to (hair-) metal as the album gets, what with “huh hah” vocal chanting and a furiously busy string section. Overall, Saturnalia is saturated with strings, barely noticeable, droning background layers added until everything else drops out. (“Circle the Fringes” is a notable exception, as it begins with spacey violins and continues with a menacing cello throughout.)

“I Was in Love With You” is indicative of the mellow second half, and, okay, it sounds like a Twilight Singers song. It has a classic drum beat, piano chords played with a sledgehammer, and the subtle electronic flourishes that Dulli has always tinkered with. The song builds emotionally but without seeming ridiculous (a fault of Powder Burns), and Dulli’s vocals are more earnest than sleazy. Thus, it’s a nice song. Welcome.

Of course, the rest of the album rejects such an easy descriptor. The title—a Roman pagan feast where, allegedly, the slaves became the masters—is somewhat odd since the Twins have their faces turned to very Christian notions of heaven and hell, in equal measure. There is mention of rapture; track two is “God’s Children”; sin and repentance are major themes. Rather than masters, the Twins seem slaves themselves—to their own devices and to the Fates much larger than they. These are songs of desperation. But in the collaborative effort, their respect for each other, and the decades of musical experience between them, they have never sounded so in control.