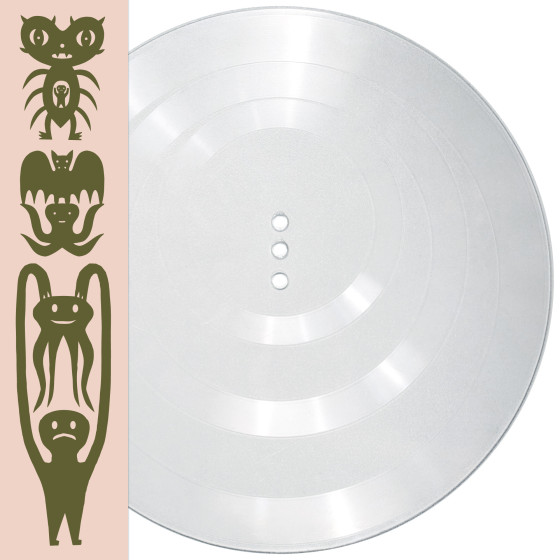 I must admit I haven’t gotten into a lot of new music this summer. Sure, there have been some records I liked enough to play on long drives, while cooking, and on Sunday mornings. But there hasn’t been much to make me feel—nothing especially inspiring, funny, or emotionally resonant. It doesn’t take much; I was just looking for something more than catchy or pretty, something a little unusual. It was while attempting to write about a pretty-good-but-boring record that I found it: I discovered that Half Japanese put out a surprise EP, Bingo Ringo, as a limited edition, complicated “six-sided record” (because of course they did). And it was then that my bummer music summer turned around—all I needed was to hear Jad and David Fair play a song called “Dracula’s Casket,” and everything was inspiring again.

Half Japanese was already in my brain (though they’re never far from it) because I recently received a mix from a friend featuring “Daytona Beach,” a song from the band’s 1989 classic The Band that Would Be King. It is, to my mind, the very best Half Japanese song to put on a mix, because even though this band is certainly an acquired taste, it’s hard for even non-fans to resist one-and-a-half minutes of innocent surf rock. “Daytona Beach” is pure musical joy, completely silly and also slyly inverting the concept of spring break debauchery by having a person of Jad Fair’s considerable outsider status sing about “girls in cars” and “hot pizza from the kitchen.” The great thing about this band is they have tons of songs that fit this description; it’s pretty hard to put on a Half Japanese record and avoid breaking into a grin.

Bingo Ringo adheres to the same sound as the band’s comeback record last year, Overjoyed: it’s a little crunchier than some of their earlier material, and the songs are longer and more solidly produced. Bingo Ringo rocks pretty hard for Half Japanese, and that also sets it apart from Jad Fair’s side projects (like this year’s enjoyable, rambling pop-psychology record with Norman Blake of Teenage Fanclub, Yes). “CooCoo” is an especially pleasant surprise—feedback-heavy punk rock in the vein of the Reatards, with the band members howling like wolves throughout. “Dracula’s Casket” continues the grand tradition of Half Japanese “monster songs” (see their discography for classics of this canon, “Deadly Alien Spawn,” “Werewolf,” and “Rosemary’s Baby”), with a menacing guitar and a deadpan delivery from Jad Fair: “Dracula’s casket is now OPEN,” he warns, singing from the point of view of Dracula’s “slave”: “Is this the life? / I’m a creature of the night / And that ain’t right / And in the daytime / I have to keep away from the sun / Or I will I will I will… / be done.”

Perhaps Half Japanese, at this point in their career, should stick with short EPs, because there’s not a false step on Bingo Ringo, which feels somewhat more energetic than last year’s full length. It’s a twenty-odd minute showcase of the band’s different facets: upbeat love songs (“Stuck On You,” “Bingo Ringo”), punk-rock insanity (“CooCoo”), nervous, stammering balladry (“New Awakening”), and, of course, monsters (“Dracula’s Casket”). In these dog days of summer, just before back-to-school sadness (I can still have this as an adult), I’m thankful for music that feels again, even if those feelings are rooted in pure, 100% silliness. As Fair sing/shouts in the record’s title track: “Thank you for the good times / And thank you for the goodest ones!” Right back at you, guys.