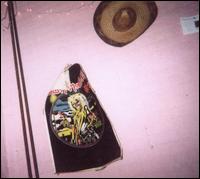 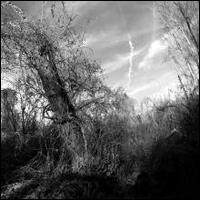 A Small Turn of Human Kindness

In the moment where Creston Spiers finally unleashes his guttural barrage, after long moments of ponderous metal drone, one can’t help feeling like Jack climbing down the beanstalk, golden goose honking weakly in the crook of his arm, watching the sky shake with the howls of the giant above. It’s the kind of deliberate malevolence that parts clouds. It’s rage, clumsier than fury but earth rattling. Like a child reading the fairy tale of the fabled giant, though, we’re not as intimidated as we should be by this volcanic bluster. To the contrary, we can’t help but hear in all the roaring hints of myriad emotions apart from anger, emotions ranging from despair to joviality.

Clay made the point that Harvey Milk’s last outing, Life…the Best Game in Town (2008) was an album that bubbled exclusively on its searing outer layers, characterizing the effort as “[a record] by, for, and about [its] surface.” He says that it “balk[s]at attempts for deeper discourse.” Essentially, he’s saying that we’re not fucking around with deep meanings on most Milk records, that the band doesn’t cotton to the long held metal tradition of hiding the ball. The ball being a delicate and often incorrectly mixed blend of pomposity, humor, and sincerity. So perhaps it shouldn’t be surprising that a band who has, for almost two decades, presented all of its artistic intent right up front and in a straight-ahead manner, is able to manipulate that surface into a thing at once harsh, striking, and variable.

The inescapable descriptors huddled around this album all over the Internet mostly have had to do with its pace. This preoccupation is certainly understandable. A Small Turn of Human Kindness is “plodding,” it is “deliberate.” There’s a lot of “sludge” here, I guess, if we understand that that term has generally been used as a positive. A fixation on the speed and ostensible gloom of the record however tends to lead a reader to the conclusion that it is moribund and no fun to listen to, which simply isn’t the case. Human Kindness is interesting and it is, in a sense, an enjoyable listen because it manifests, right in your face, an emotion not often seen in music this heavy: sheer fucking exhaustion.

Track titles alone are enough to convey this message adequately. Let’s see, there’s “I Know This is All My Fault” and then there’s “I Alone Got Up and Left” and then there’s my favorite, “I’m Sick of All This Too.” All of these titles are sort of independent clauses in the bleary, mumbled run-on sentence comprising the album’s narrative. A troubled relationship, the misgivings of a father-to-be, tempestuous personal lives, and a bone-deep weariness that blankets them all.

The aching crawl that is Human Kindness is all born of an unsupportable tension. Most of the songs here evoke the final creaking turns of a crank, the strain and exertion evident in each click, like the force and will it would take to break someone on a torture rack. It’s an alternate, and decidedly more graphic, conclusion to the children’s tale wherein the giant, instead of “Fe Fi Fo Fumming,” yanks the beanstalk up through the clouds, reclaims his stolen fowl, and commences painting his walls with Jack’s English blood. The strain makes each pause as pregnant as each hit. So where a similarly menacing band like, say, Clockcleaner would express its sinister intent in the empty spaces of their songs with all manner of ominous squeals and frenetic creaks and stabs, Speirs and bassist Stephen Tanner just let them hang wide open, stretching one droning note or progression worryingly across the page. Then, when the slow-clicking ratchet freezes against the desperate clenching of the poor bastard being drawn and quartered, in that last instant before his joints unbuckle with a pop and his flesh tears weakly away, we brace for a downturn in what has been an experience that withers one’s stomach lining. And this, listeners, is where Harvey Milk rewards us.

Spiers is happy to play the victim, and he does so with vocal subtleties that belie the unchanging method of his delivery, which is, for lack of a more precise term, a screaming growl. For most of Human Kindness he simply sounds tired and defeated. But there are sharp turns where, from out of the fog of exhaustion gleam hints of new and disparate emotions: fear, defiance, even joy. In one such moment toward the end of “I Know This is No Place for You,” a song which features such lines as “I’m just a broken man / Look at these broken hands,” there is a grinding shift in the tempo, the magic beans sprout, the guitars surge heavenward and Spiers momentarily drops the growl to bellow the first passage on the album that approaches melody. “I Know This is No Place for You” doesn’t get “happy” exactly, but it does shiver with a savage and unexpected triumphalism. The torture element is still there, the victim’s still shackled to the slab, but now he is glorying in rupture.

Then there’s “I Know This is All My Fault” with the uninvited prance of its synth opening and the disturbing calm of piano and, gulp, singing that occupies the song’s middle third. This is the resigned tranquility of Jack bleeding out, magical harp playing a funeral dirge on itself in the corner, goose honking, wishing he’d just gone and sold that goddamn cow like his mom asked him to. Head lolling insensibly back and forth, past the point of help. Because let’s be honest, whether or not Creston Spiers wrote this album to silence a fan who had the audacity to call Life…the Best Game in Town “too accessible,” this is a return to the harsh conceptual territory in which the band staked their considerable claim throughout the ’90s. What sets it apart from other acts populating that territory is that every once in a while the endemic grey cloud takes form and seems to be something other than itself, something lighter. If it didn’t I don’t think Harvey Milk would still have a fan base. I mean, their best work has never been kind to the listener and Human Kindness is particularly crushing. But sometimes you’ve got to grind bones to make bread.