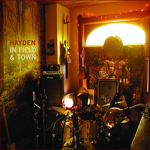 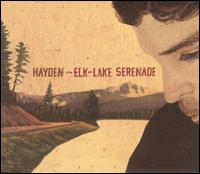 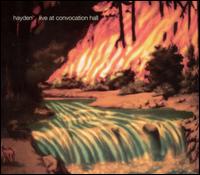 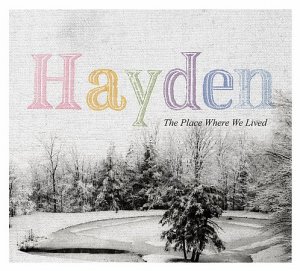 The Place Where We Lived

Seen from a distance, Hayden’s discography might appear samey. It’s all sad-hearted indie-folk that vacillates between breezy acoustic numbers and plodding acoustic numbers. His voice is so singular that it smoothes over the differences between albums, making everything sound more like a Hayden tune than, say, a country ballad or campfire ditty. For casual fans Hayden remains a niche affair, and if they need something to warm up a lonely winter night they can reach for Skyscraper National Park (2001). For the converted, however, the story looks radically different. Each album brings a new production approach and a different take on his sound. The Place Where We Lived is no different: from far away, it’s the same old Hayden, but up close there’s an artist in peak form providing one in a long line of LPs with great singles, warm ballads, and no filler.

I said much the same of In Field & Town, and his new album (released only fifteen months later) is a similar achievement. Who else can do this nine albums in? The man appears to have an inexhaustible reservoir of perfectly manicured songs, and more importantly an impossible sense of restraint. Listening to Hayden add just the perfect amount of slide guitar in the arrangement and close out the song right before it gets old is like watching Roger Federer in 2005; the guy is so effortlessly, consistently great it seems inhuman, and maybe, for those who prefer the rookie upset over the master’s domination, a bit boring.

To keep it interesting, perhaps as much for himself as for his audience, Hayden takes a different approach to each album. Elk Lake Serenade (2004) saw Hayden break his pattern of recording songs just after they’d been written, and on In Field & Town he wrote everything on piano. On The Place Where We Lived he turns for the first time to an outside producer, albeit his long-time friend and collaborator Howie Beck. Hoping for a more off-the-cuff feel, Hayden recorded much of the record live off the floor with his touring band that includes members of Cuff the Duke. Beck’s Beach Boy leanings mesh well with Hayden’s upbeat numbers, making songs like first single “Let’s Break Up” some of the poppiest in his catalogue. These influences breathe some fresh air into Hayden’s sound, which with all its subtlety and self-discipline can be a tad cloistered. Witness “Disappear,” which is so live-band it has a guitar solo (!), and I’m calling out the handclaps and fleeting castanet moment at 2:00 as Beck-isms. As a fan I feel and appreciate these changes in method. Over and over they achieve the desired shake-up of Hayden’s indie-folk so that things are never too different, never too similar.

So while this new twist on Hayden’s process is a welcome change, and the record stands up remarkably well to—if not quite equaling—its superb predecessor, there are times when he appears to be running out of gas. “The Place Where We Lived” is a great song, but if its melody seems familiar that’s because it’s Coldplay-lawsuit-similar to “You Were Loved” from Everything I Long For (1995). In their minimal arrangements, the slowest songs—“Living Grows On You” and “Let It Last”—pale slightly against their more colourful brethren. And though full of airy pop this record just slightly fails to match the sublime heights of In Field & Town‘s “Damn This Feeling” and “Where and When.”

This nitpicking, however, is mostly a reaction to my disbelief in a run of records that have been so good for so long. Perhaps I see signs of wane because I can’t fathom another great Hayden record. And if it arrives, will even the die-hard fans start to yawn, hands covering their mouth so no one can see? I stopped watching the Dallas Cowboys in the ‘90s because every pass was complete and every run was a twelve-yard gain. I want to see Hayden make take a big left turn like I want to see Emmitt Smith play lacrosse, but if he puts out another ten songs this good I might wonder if there isn’t something to be said for the bloody-faced triumph of the underdog.