Other Records by Hem 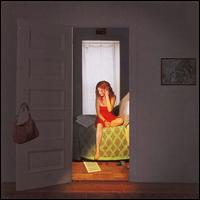 Hem: No Word From Tom 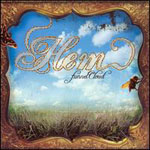 Hem, allow this critic to offer some apologies. I spent much of the review of this year’s otherwise enjoyable odds-and-sods collection No Word From Tom complaining about the dearth of your new material and bemoaning what appeared to be a lack of inspiration. Then, what should alight within my mailbox but a brand-new full-length. Needless to say, I felt like a jerk, especially after listening to the damn thing. Funnel Cloud, the graceful countrypolitan band’s third studio album, has all the sweeping beauty and folksy tenderness we’ve come to expect from Hem, who have finally recaptured the vitality (if not the magic) of the seminal Rabbit Songs (2000).

The band’s trademark orchestral elements are scaled back this time around – on “Not California,” for example, they appear only in the chorus and outro, and it’s a change for the better. What made Rabbit Songs a masterpiece were the subtleties of the chamber instruments, which added a layer of delicate, palpable emotion -- not the caked-on mush that stifled Eveningland (2004), the band’s second album. In exchange, the album finds the band embracing both a rootsier country-folk sound as well as paying homage to the classic American tradition established by songwriters like Irving Berlin. “Too Late To Turn Back Now” flawlessly merges the strings with pedal steel and fiddles (not violins) in a classic country two-step, and on songs such as “The Pills Stopped Working” and “I’ll Dream Of You Tonight,” the singing is bluer and the pedal steels are, well, pedal steels. “Ain’t holdin’ out for a miracle now,” singer Sally Ellyson announces on “The Pills Stopped Working,” all Southern drawl and dirty harmonica. Though Hem continues to be defined by its ballads (here, the highlight is “Great Houses of New York”), the band’s attempts at an earthier sound come off as reasonably authentic.

It helps that Funnel Cloud picks up the pace. “He Came To Meet Me” finds things already moving faster than usual, with singer Sally Ellyson’s verses tumbling over each other before reaching the respite of a piano coda. “Not California” dances around itself nimbly before surrendering to one of those big two-note choruses the band does so well. The song’s punchy melody and some unexpected “na na na” backing vocals make it one of the poppiest things Hem has ever done, and while Ellyson’s gravitas and the band’s dignity distinguish the song from, say, Faith Hill’s “This Kiss,” there’s certainly a resemblance. The last track, “Almost Home,” is a satisfying closer. Short and sweet, it spends its two minutes coaxing a slow jazz singer melody out of Ellyson, whose voice remains a thing of wonder; while Neko Case has the reputation as an alt-country belter, Ellyson’s restraint is perhaps more impressive.

At fourteen tracks, Funnel Cloud runs a little long, but the songs are short and there’s more attention to balance and flow in the sequencing than usual. More importantly, the performances are rich and warm, less somnolent than they are sincere -- the album doesn’t break the band’s mold, but it does kick things up a notch. Hem sounds fresh and wide-eyed again, and it’s about time.