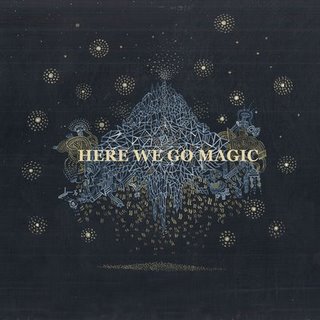 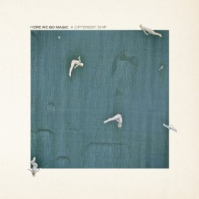 On A Different Ship, Luke Temple finds respite for a wandering sound. He first put heel to path on two solo efforts, both hinting that he was a songwriter’s songwriter. But at times their aesthetic components seemed less complimentary of Temple’s little ditties than apologetic. So when Temple’s (still-solo) Here We Go Magic debuted in 2009, it was like a minor coming-out party. Here was a promising young songwriter plunging songs into the depths and raising them into the atmosphere—bending and kneading them to meet a storytelling need. He seemed less afraid to expose the core ideas of each song to mutations, and began experimenting more fully with repetition and texture. Then the band expanded into a five piece and release Pigeons (2010). That’s all we need to say about that.

I stick a retrospective up there because Temple’s songwriting is also a map of how production values and folk (even if this is only quasi-folk) can have an oil-and-water relationship. There’s an easy dichotomy of authentic, quaint acoustic strumming and noodling effects, and few artists seem really comfortable combining them. Beck is probably the most successful in a mainstream sense, though even he resorted to switching back-and-forth between noodling and folksy records for a time. Perhaps there’s some appealing metaphor to be dug out of the tradition, of departure and return.

So when looking at A Different Ship, which is the best thing Temple has ever done and a pretty damn great record in spots, let’s give credit where it’s due: first to Temple and co. for writing songs like “Make Up Your Mind,” the stuttering “I Believe in Action,” and the infectious, two-chord “How Do I Know,” but also to producer Nigel Godrich for finding the band’s sweet spot. Lord knows that with the simplicity employed here, A Different Ship could have been anything. In different hands we might be listening to a lush, baroque pop album, or a DIY basement affair. In contrast, Godrich almost seems to be cradling these songs like a bird in his hands.

I return to “How Do I Know” because what Godrich provides is the sonic palette to a song that doesn’t need a third chord to sound fantastic. It just builds and builds, adding touches of color, while the honey core of the song is always visible. Likewise on “Hard to Be Close,” when an otherwise staid arrangement blossoms with subtlety, Godrich’s touch is evident: the drummer switches to the ride, Temple hits a sweet high note, an electric guitar picks out a rhythmic motion, and these three obvious tactics comprise the hook.

The band’s precedents are many and familiar: Talking Heads, Beta Band, the aforementioned Beck. You can place Temple’s songwriting squarely in a folk-rock tradition, the latest touches to which are adding some laptop patches and squirrely noise. But with the right partner, the sweetness, the entreaty of these lyrics, the contagious arrangements that twinge at some natural strings inside, all hit a little closer. A textbook example of restrained, stylish writing, Here We Go Magic have found their muse: a 40-something producer from England who just knows well enough to get out of the way.