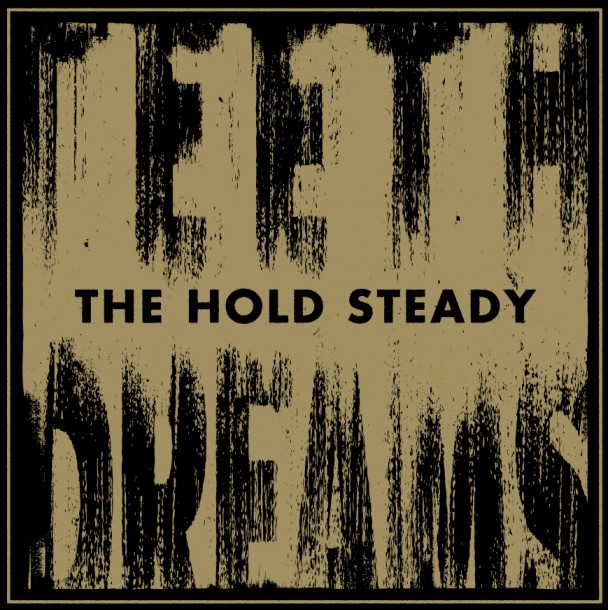 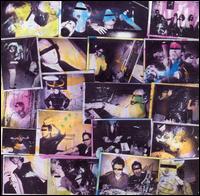 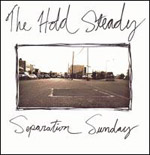 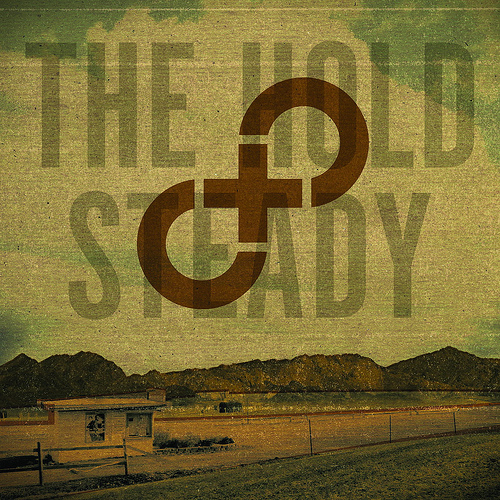 Stay Positive finally puts a subtle fact into stark relief: the Hold Steady are a singles band. We never noticed this before because it was so understated, but the most salient aspect of this fourth LP from Craig Finn and his entourage of dressed-downs (Franz Nicolay excepted, of course) is that the hairline fracture between rock-on-forever anthems and narrative-heavy deep cuts has busted wide open. This new gulf marks not a radical break from earlier work but the existence of an original text incompletely scraped from the palimpsest and then covered by a second tale about concept albums, narrative continuity, and the cohesion of each LP vs. the next. When considering the massive distance between the pop songs (oh, I went there) and contemplative stretch-outs on Stay Positive, it becomes clear that “Your Little Hoodrat Friend” has more in common with “Chips Ahoy” and “Sequestered in Memphis” than anything else on Separation Sunday (2005).

With “Your Little Hoodrat Friend,” a different sort of Hold Steady song began to emerge. This first “single” sprouted from the loamy soil of Almost Killed Me (2004) and Separation Sunday with something absent from every track that preceded it: a chorus. Suddenly, the Hold Steady sound comes into its own. I’m not among those who thinks that Finn’s fluid gnarl “ruins” an otherwise pumpin’ classic rock song, and many of the ball-busting “just talking” tracks still stand tall. But these new songs—more of them appeared on last year’s Boys and Girls in America—slowly began to pull away from the pack; the band discovered that an interjection of melody once in a while breaks up Finn’s interminable rant and gives the listener something to hold on to. The addition of a repeated, melodic chorus also injects some contrast into a somewhat monochromatic palate, making the whole composition more dynamic. If there are purists out there who delight only in Finn’s furiously tuneless monologues and who die a little inside every time he sings, they were surprised by “Little Hoodrat Friend,” disappointed by Boys and Girls, and they’ll be damn near destitute over Stay Positive.

It’s a crude point I’m making, but let me be as clear as I can: not every Hold Steady song with a chorus is better than those without, but all the very best have them. This has always been the case but it’s never been clearer than on Stay Positive where all the refrain songs are strong, and the rest stink. It shakes out roughly like this: “Constructive Summer,” “Sequestered In Memphis,” “Lord, I’m Discouraged,” “Yeah Sapphire,” “Stay Positive,” and “Magazines” in the chorus camp; “One for the Cutters,” “Navy Sheets,” “Both Crosses,” and “Jokes About Jamaica” in the other; and “Slapped Actress” something of a hybrid. This same grouping is generally upheld in further dichotomies like “anthem/non-anthem,” or “straight-up/experimental” and also seems to bear heavily on the live setlist, which shakes out around 70%/30%. On previous albums there were highlights from both camps (particularly with the early stuff) but with this newest only the chorus songs are compelling.

This is a shame because it’s on Stay Positive‘s non-anthems that the Hold Steady try to switch things up a little. Each obvious attempt to vary the sonic palette is not just disappointing, but downright embarrassing. The harpsichord jumps right out in the third track and yells “WE ARE TRYING SOMETHING NEW”; nothing subtle about that particular variation, and the timbre is so ill-suited to the otherwise captivating tale and Tad Kubler’s guitar sound it makes one lament the increasing influence of Nicolay’s keys. This exact phenomenon repeats itself one track later: “Navy Sheets” finds Nicolay smooshing a look-what-I-can-do! synth sound all over an otherwise typical guitar-bass-drums combo. If Boys and Girls was the album where Finn learned to sing and Nicolay arrived on piano, this is the record where Nicolay learns to use other patches, much to the dismay of everyone. These keyboard infringements stick out worse than his sexy moustache, and as the most palpable attempts to move beyond their classic rock template they keep listeners cringing at the possibility that the Hold Steady might one day make a different kind of record.

Which is too bad, because while all the great songs on Stay Positive come from the band’s tried-and-true fists-up, big-riffs formula, there is finally sign that this vast creative tide is beginning to ebb. “Sequestered in Memphis” is paradigmatic here: upon my first several listens, it made me mega-pumped to hear this record. Riffs and E Street piano in lockstep, a big-hook chorus, horns (!), and that outro. No one but Finn could come so close to taking a simple statement from a life as dreary as mine—“I went there on business”—and make it colossal. It’s a great song, a masterful single, but isn’t it also nibbling at the edges of tedium? So much of the guitar sounds washed out (listen for the [non-]articulation of the single-note guitar line at 0:29), and the piano/organ is hogging too much space in the mix. As Finn drifts further from amelodic talk singing there is less of the productive tension between the action-packed verse tirade and the sung refrain. This, the very best song on Stay Positive, comes at the end of the history of the Hold Steady—a summary of strengths and a triumph of Finn’s songwriting that suffers only slightly from the feeling that the band no longer struggles to contain within classic rock a great creative force always threatening to explode into metal and psychobabble. The Hold Steady are finally comfortable writing, and singing, great songs.

If I’m being overly negative about a record I quite like it’s to prove a point: the problem with Stay Positive is that all the great songs subtly exhibit a kind of fin-de-siècle exhaustion, while the obvious attempts to break out of the old ways fall flat. Finn sounds just a bit tired of writing lines like “Excuses and half truths and fortified wine” or “Magazines and Daddy issues / I know you’re pretty pissed / but I hope you still let me kiss you,” lines that stand heads above Finn’s contemporaries yet are just a tad overcooked. Perhaps it’s coming to prominence after having dropped their classic albums, but the band seems bored with where they’ve been yet has few decent inklings on where to go now (the harpsichord…oh god). Everything the band is doing is at an end, either because the band is ready to move on, or we are.

There is, however, a spark amongst the ashes. The opening phrase of Stay Positive is Tad Kubler’s homage to hardcore. The band has always been, to borrow a phrase, somewhere between “Born to Run” and “Born to Lose,” but the lead-off track leans more heavily on their punk and hardcore influences than anything the boys have done. Ditto the title track, which sports now rare, just-talking verses and explodes from a palm-mute into the genuinely celebratory mantra, “We gotta stay positive.” It’s here—where the band indulges their Hüsker Dü influence—that the brightest hope shines. Unlike chambery harpsichord or new wave synths, palm muting and furious eighth note riffs accord well with the band’s hard-rock-with-a-punk-attitude tip. And though neither of these tracks is as winning as “Sequestered in Memphis,” they exhibit an understated, new-day excitement and mark a surprising potential: four albums in, the Hold Steady may finally be on the verge of something truly great.