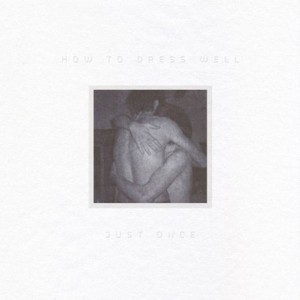 How to Dress Well: Just Once EP 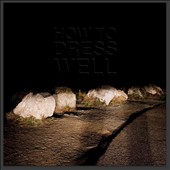 “The music that I love to listen to is twofold,” How to Dress Well’s Tom Krell told Pitchfork in an interview earlier this year. “There’s noisy soundscape-y stuff like Black Dice and Alvin Lucier all the way to, like, D’Angelo and The-Dream. I always wanted to hear them at the same time.” If this year you found yourself loving Love King and Yellow Swans in equal measure, it’s easy to get behind the sentiment, and 2010 provided some seriously remarkable forays into just such a convergence: from Salem’s aggressive drag rap milieu to the Glitter-channeling field experiments of Grimes’ Geidi Primes and Halfaxa, the coalescence of R&B and noise suddenly began to resemble a de facto genre unto itself—one which, despite how vocally wisecracking blog pundits complain of its (or any other micro-genre’s) very existence, stands out in my mind as one of the most genuinely interesting musical trends of recent memory. How to Dress Well doesn’t gets lumped in with the witch house crowd much due to an absence of the drag-standard DJ Screw influence, but if we can call Grimes the genre’s most promising figure without a prominent Houston connection then the woozy, ultra-lofi new jack swing of Love Remains surely finds its home there too.

Not that Krell seems especially concerned with the zeitgeist. Unlike many of its contemporaries, Love Remains sees distortion and reverb not as crutches to lean on but as tools to be used in the creation of something greater. Where countless others have buried pop songs beneath layers of noise as a superficial gimmick, reducing the noise itself to a kind of knee-jerk signifier of authenticity, Krell distinguishes himself by treating every aspect of his music with seriousness and care: the deliberately “poor” production quality of Love Remains, which crackles and peaks like it’s at risk of breaking apart, is in its own way gorgeously produced. These songs owe their haunting, deeply resonant qualities to Krell’s thoughtful work in the studio (or bedroom), coming to resemble fragile, half-heard echoes of the pop songs they emulate.

Through abrasion Love Remains takes pop music—above all a clean, concise vehicle for simple ideas—and wears it down nearly to nothingness, until all that remains is an abstraction that’s only vaguely familiar. Thus Krell’s pronounced falsetto, amid the languid beat of a song like “Ready For The World”, remains exactly that: his voice is just a voice, void of meaning, and in abstraction it becomes almost inhumanly beautiful. When Krell sings it is pure sound, the specificity of his words—largely unintelligible save for brief snatches of clarity, passages which bubble up to the surface without context or meaning—here rubbed out altogether. Like Burial’s Untrue (2007), one of the album’s sonic relatives, Love Remains treats language as something to be transcended, not by neglecting or avoiding it entirely but by attempting to put it to a kind of greater use. Krell deigns to evoke ideas rather than speak them directly, and as a result Love Remains is one of clearest and most cogent artistic statements of the year.

How to Dress Well is certainly not the only contemporary act to use nostalgia as the basis for an aesthetic, but Krell’s ideas about the past and our relationship to it seem to be considerably more sophisticated than those of his peers. Where many artists plunge headfirst into half-remembered childhoods for stylistic points of reference, Krell sidesteps simple self-indulgence by exploring our relationship with popular musics past more critically (and maybe, not to sap the fun out of this stuff, more academically). With its sketch-like production and digressive pacing, Love Remains evokes a sense of the past as almost painfully untouchable—the memories it attempts to reclaim come back faded and impure, necessarily grounded in the reality of the present. Krell doesn’t present us with an open or especially welcoming past—a more inviting nostalgia is escapism if nothing else—because we can’t escape into that past in any meaningful way. Love Remains gives us songs we think we remember but can’t quite, memories we recall but only vaguely; it knows we all yearn for the comfort of childhood but knows too that we can’t do anything about it. What we’ve got instead is whatever’s in front of us: we’ve got white noise, old R&B records, and lyrics we only half-remember.