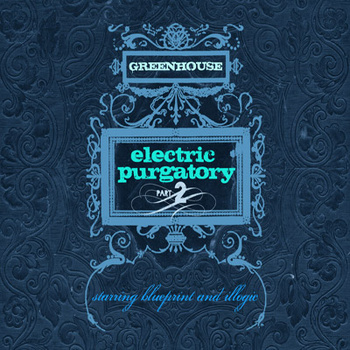 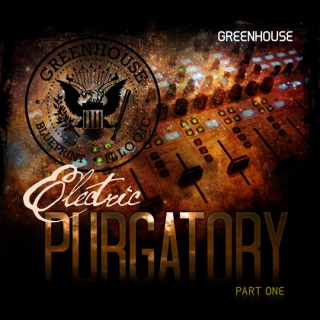 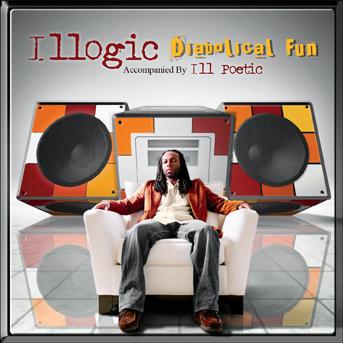 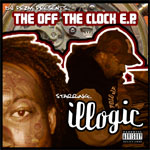 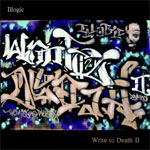 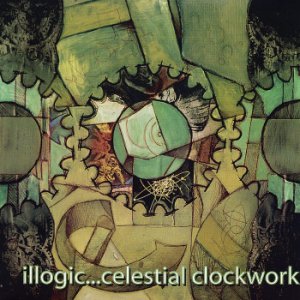 One of the, um, endearing little quirks of CMG is that, on occasion, we get horrifically meta and first person. This is going to be one of those occasions, so hold on to your Vonneguts. Herein, I'm razing my old review for what I swear to be a neo-classic of hip-hop, last year's and Illogic's Celestial Clockwork. NY-based Raptivism now peddles Weightless wares, hopefully ensuring much better distribution of the small Columbus label's quality releases; as a sort of dowry, Weightless presently offers a reissue of their (to date) watermark album, Illogic's personal opus and third LP. This reissue features a shiny new remix and bonus track, so I can't think of a better excuse to jump aboard my private/lonely hype wagon and lavish more praise on an album that I admire to a rather pathetic degree. In my jumping and admiring, I eradicate and redux my old review, a bulky and awkward beast that lumbers about with a track-by-track approach mired in choppy lyrical examples and overdone metaphors... oh, and long sentences, naturally. Looking at other reviews from my early CMG days (see Cryptic One and Cee-Lo Green), it's surprising that Scott and Amir didn't stage an intervention and send me into some sort of writing detox program. Judging by this paragraph, it may already be too late for me.

It's almost diabolically fitting that the whole Celestial Clockwork reissue should come about with my self-conscious revisionism in tow, for one of the major themes of the album is the idea of time passing and the inevitable changes it brings, how the very process of change is the only medium in which life and growth can take place. If you don't believe that that's a big theme in an album belonging to a genre often possessed of short-sighted materialism, well, you can check the fantastic title track and the lyrics to the songs "The Only Constant" and "Stand," both of which feature Illogic positing that "change is the only constant." So, uh, booyah.

Seeing Illogic perform recently, I marked how the verbosity and cleverness of his poetry becomes natural and sincere in the context of his passionate flow. Before I abuse any more adjectives, let me hit you with one of those overdone metaphors that purr inside my brain matter: on that stage Illogic exhaled the heart vapors pent up in his chest, the by-product of inhaling personal experience. His spitting felt like necessity. He rapped like rapping was life's most essential form of release. What I'm trying and failing to say is that all you simplicity-loving heads need not fear if you go to Hip-Hop Database and check the lyrics to "1000 Whispers." Yeah, it's one long-ass stream-of-consciousness verse. Yeah, it starts off: "If a picture's worth a thousand words, I'll paint a thousand pictures / To symbolize the decibel levels bred of a thousand whispers / To mummify useless unknown poems, spit a shower with gold glitter / Pressure increase unleash the catacomb splitters," and it just keeps going. Illogic's performance makes those words vital and real, though. Oh, and Blueprint's beat from outerspace sells it.

I suppose it depends which beat I'm talking about, though, since Print remixed "1000 Whispers" for the reissue. The original version worked wonders off a sample from "Won't Get Fooled Again," but the remix is made from whispers and sounds unrecognizable; that should appease the hip-hop critics who sneer at the usage of anything as pop culture as The Who. They still might try to take Print to task for the "Across the Universe" hook to "My World," except that's not the Beatles singing, and not that Print or Illogic really give a fuck what we critics think when it comes to that sort of thing. In the title track off his recent solo album 1988, Print mentions that he used to be a snob when it came to sampling but then realized that if a beat works, it works. As for Illogic, well, I've used my CMG position to gush a lot of positivity over his shit, and I didn't get a birthday card from him this year or anything.

What these two do care about is that their artisty's actually heard by people, and with wider distribution through Raptivism comes the fact that sample clearance can be a bitch. Bitch avoidance means a "1000 Whispers" beat that doesn't match up quite as well with Illogic's vox and doesn't give me the chill of hearing those classic synths loop in under John C. Reilly's child-chiding from Magnolia. Also, that old version worked pretty smashingly as the go-between from the groovy, nigh conventional "Birthright" to the primo Def-Juxian, transporter-and-warp effects of "Time Capsule." The new "1000 Whispers" rivals "Time Capsule" and the burbling acid jazz of "Hollow Shell" for weirdness; it sounds something like a Casio skating figure eights on a frozen lake at night... in a musty bathrobe... with absinthe dripping off its keys. P.S. I still like it.

There's little ordinary about most of the tracks on Celestial Clockwork, though. Illogic takes fairly common subject matter, conceptualizes it with fresh twists, and then presents those concepts with imagery and wit and abstractive capabilities that far exceed most of his peers. "Birthright" is a brag track in terms of Arthurian myth, prophecy and destiny. "Time Capsule" is a collab cut in which its contributors, Aesop Rock and Illogic and Vast Aire (who delivers what might be his last decent verse ever), place messages warning of human transience into their capsule. "Hollow Shell" decries the shallow greed of the hip-hop game from a point of view that regrets having fallen into the trap, yet Illogic acknowledges self-reflexively that he's "just immersed in (his) song concept," and this acknowledgment turns the final hook into a condemnation before Print brings in a wriggling sax solo.

Should I even get into the thematic ties of the album conveyed with intertextual references and song placement? I could probably write a paper or two about how the bouncy yet ambiguous "Lesson in Love" works as the conception point for "First Trimester," which details an abortion story that out-heavies Ben Folds' "Brick." A dark, echoing piano production that could be UNKLE-era DJ Shadow broods along as Illogic storytells his way through the perspectives of father, mother and their aborted one. The otherworldly organ, theremin and static of "Live to Die" accompanies Illogic's hopeful third act to this song triptych, one that rearranges the traditional cycle of "life, love and death" to "love, death and life."

The album reaches for even higher frequencies of resonance with its concluding tracks, "My World" and "I Wish He Would Make Me." In the former, Illogic tries to cope with self-loathing over music that's aptly Brit-pop in flavor; in the latter, he comes desperately close to forfeiting his free will in hopes that God can finally make his life right, and Blueprint composes the perfect accompaniment out of classical piano and strings. For the sake of the simplicity-loving heads that might drown in the depth, the hidden, unfuckwitable battle track from the first issue has been moved up to make room for the new bonus song, a basic love rap. With a beat unlike anything he's done before, Print once again produces as the coolest cat this side of Rjd2, and I, exasperated, simply throw up my hands: "Okay, okay, Print, I get the picture. You're dope and hardly repeat yourself."

Unlike me, for here I am with this second beast of an awkward review, grasping for some concise way to communicate the sheer goodness of Celestial Clockwork. Illogic's right when he says that "change is the only constant," but my love for his album hasn't much changed nor abated. There's something affirming about that.

At this point the current review has devoured (and somewhat regurgitated) most of what was posted on April 13 of 2004, but a pertinent leftover remains intact: "Let's get blunt. Celestial Clockwork is one of the most consistent, cohesive and lyrically brilliant hip-hop albums to come along in the past five years. Its individual tracks stand toe to toe with the best of Sage Francis' Personal Journals as a testament to hip-hop as an exciting medium for emotional, introspective poetry. It has virtually no filler, it's impeccably sequenced, the beats are ill and varied, and Illogic spills his celestial gift tirelessly on the mic. Perhaps Illogic and Blueprint don't try to break much new ground, but they succeed where many others have failed. They've created an accessible yet artful, intellectual yet spiritual, hip-hop masterpiece."

As true today as it was then? Hell, yeah.