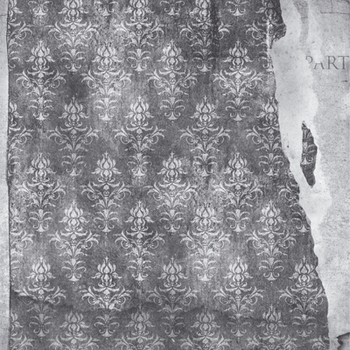 After the skull-cooking whiteout of Yellow Swans’ Going Places (2009), the good people at Type set a question: what would happen if someone could fuse their signature drone with crisp classical music—which ingredient would topple first? The second question was easier to answer: what would happen if said fusion was released on the perpetrator’s own label as an ultra-limited cassette, never to reach interested parties beyond close friends and chancers with tapedecks? Portland’s Patrick Maherr didn’t consider this option when he put out his Plays Wagner series, released under fresh alias Indignant Senility to outfox the taxman yet again (Maherr’s monikers to date: one for hip-hop, one for lo-fi, and one for his Moms Who Chop side project). Fortunately Type sensed his blip on their over-the-horizon radar and, ever faithful in their quest to find that one perfect instance of distortion, transcribed Plays Wagner from its faded ribbons onto slightly less fadable vinyl, allowing a new generation of silver technology owners to experience the Indignant Senility sound. Which, in a single sound bite, means drifting into hypnosis in a floatation tank while a maniac carbonates the water.

Indignant Senility is definitely one of the label’s more militant releases, and his Plays Wagner series—here refined onto a single CD—dispenses with stickers/breaks/track titles altogether, instead combining its two vinyl components into 78 minutes of gas. If you can picture Porn Sword Tobacco frozen in starch or nineteenth-century fairy tales narrated by mothers on acid, you’re one step closer to unraveling the mechanics of Maherr’s modus operandi. Legend has it he came upon a faded Wagner LP in an Oregon jumble sale, took it home, and got to work with his scrapers and corrosive etching agent. This isn’t the kind of trite night you expect from a horror movie soundtrack, this is a listenable mural of diabolical vapours, Wagner’s compositions smouldering behind them like appliances after a house fire. By the time you’ve got past the opening blend of euphoria, cobwebs, and Classic FM, sodium lamps and green flames have begun flickering too, with the “music” devolved into the kind of radio static you hear while sucking crack crumbs from your floor. Having recently seen The Phantom Carriage with its spine-chilling KTL overdub, I can tell you it will be one of life’s great injustices if someone doesn’t layer Plays Wagner onto the Europa Film Treasures archive.

But it’s not all doom, gloom, and drone: Maherr is keen to honour his delicately tortured source material, and occasionally lets it surface when not trying to dump sarin gas on the orchestra. The penultimate track features a rhythm akin to a march, breathing life into the glowering white noise that Terry Waite probably slept with while chained to his radiator. The optimism on offer here is very relative, first detected two tracks earlier and now syncing with the master material’s residual pomp. It’s the kind of relief you can only find in the blackest of hopeless situations, and helps confirm why Type’s press releases are the only ones that never talk down to you; when they say “oblivion,” they really mean it, not just scrambling for adjectives. This is dust cloud, wrath of God, descending plague stuff; three repeats of track five could easily be a fifteen-minute fever, but hey—I’ve had some good fevers.

So as far as I can tell, the Indignant Senility project only has two snags to the prospective investor. Firstly, it’s never going to appeal to the classical crossover crowd, not for all the chilling overtures-behind-blobs-of-consciousness in the world. People who listen to classical music have pressed collars, and you can’t press collars while listening to the strangulated howl of something demonic going into labour. Secondly, the periodic divinity which Maherr sinks into his textures is plenty powerful, but it takes a lot of rough sailing/braving hallucinatory swells to find it. Indignant Senility never once give you the easy way out, peeling from birdsong to brimstone with every deft segue, but despite it being a compilation (of sorts), 78 minutes makes Plays Wagner a stretch. The haunted swirl you fall into as the original melodies begin to slacken comes close to a dub techno pad at times—a grossly elongated one, that is—but without the beats or crashing of either genre, terror can sometimes get testing. Visited sporadically, though, there’s plenty here to keep the deviants content, and—pressed collars or not—we’ve all had some good fevers.