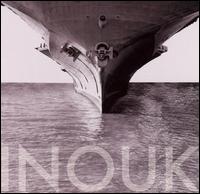 My father’s taste in music is generally horrendous. We’ll be able to agree on records every now and then. He likes the first Pete Yorn album and so do I, but even my mom won’t let him live down the sad fact that he bought an Al Jarreau disc two years ago. What’s annoying is that it wasn’t always this way, and he frequently tells me that the same thing will happen to my tastes when I turn 40 and have to raise kids. He attended college in the late '60s, and (not unlike his son) there was a time where he was purchasing, on average, an album a week. The majority of his vinyl collection is more than solid; plenty of Neil Young, every Beatles album, vintage Beach Boys, etc. But even more interesting are the records he purchased because he’d “never heard of the band before and thought their name was mysterious.” The self-titled record from a group of acid casualties named “Aorta” immediately comes to mind. I can’t even begin to make this stuff up; the album sleeve was adorned by a gigantic heart, and included not one, but two versions of the song “Main Vein.”

Inouk’s No Danger is the sort of record my Dad might have purchased back in his wild man days because at least from the outside, it appears ever so slightly off-kilter. What’s with the aircraft carrier? Is the penultimate track really called “Nudie Suit?” Then there’s the name, which immediately makes me think of Eskimos, although that’s probably because I’m confusing it with Inuit.

Repeated listens to No Danger reveal that Inouk had a good concept of what they were attempting to achieve with the album’s packaging. Its best songs combine the hazy psychedelia of the late '60s (especially the Byrds) with an alt-country sensibility, although No Danger really is one of a handful of records I’ve listened to in the past year that I’m having trouble categorizing. Despite being lumped together with the NYC/Brooklyn based bands they’ve been sharing stages with for the past year, Inouk’s songs are refreshingly free of hipster posturing, and not exactly danceable. Sound-wise, their closest New York cousin might be in the Secret Machines (who they’ve opened for), albeit with a far smaller recording budget and a heavier emphasis on folky psychedelics as opposed to the Machines' spacey, Pink Floyd version.

No Danger begins with thirty seconds worth of virtual silence, broadcasting a faraway song. But no sooner do you approach the stereo to increase the volume than crisp staccato notes ring out, and the upbeat shuffle of “What I Want” kicks in. The track wastes no time in introducing frontman Damon McMahon’s lead vocals, a nasally twang reminiscent of a sheep’s bleating that will no doubt put off as many listeners as it entrances. He can sound whiny when only accompanied by an acoustic guitar, but his vocals can be appealing when used as another instrument within a busy arrangement, or when harmonizing with younger brother Andrew’s comparatively deeper voice, the effect being not unlike that of an early Jayhawks record.

And for the first six or so songs on No Danger, this is exactly what happens. The McMahon brothers’ vocals are treated with heavy doses of reverb, and the musical arrangements are lively and crisp. “What I Want” is a fantastically catchy opener with great momentum, “No Danger” smoothly transitions from its quiet verses to a crashing chorus, and “Elected” combines woozy harmonizing with a slide guitar for an air of eerie moodiness. No Danger comes with a lyric booklet, and you’ll likely need it to make out what’s being said, if only for Damon McMahon’s tendency to draw out short vowel sounds to ridiculous lengths (“heroin” = “hair-oh-uh-HUN”), and lyrics are actually one of No Danger’s shortcomings, consisting mostly of free associative ‘Dungeons and Dragons’-type scenarios making precious little sense. Generally speaking, however, the musical arrangements comprising No Danger’s first half are strong enough to overcome the weak lyrics.

Unfortunately, No Danger hearkens back not only to the vinyl-era in its musical influences, but also in its side-oriented sequencing. Beginning with “Somewhere in France,” side-B finds Inouk aiming for more of a singer-songwriter aesthetic, with results far less fruitful. The comparatively sparse arrangements render Damon McMahon’s vocals far more obtrusive (and placed higher in the mix), and with newfound references to, “A child of Jesus Christ,” and children being, “Born on Christmas Day,” No Danger begins to take on a neo-Christian folk vibe which doesn’t exactly inure to its benefit. The last two songs don’t help matters. “Nudie Suit” is a convoluted mess, and “Victory” is borderline embarrassing: a two-minute rocker sounding like it was plucked from British Sea Power’s scrap heap and tacked on at the last minute.

Should they opt to play to their strengths, the first half of No Danger is strong enough to suggest that a second Inouk record could be very impressive. They have a distinct talent for lush vocal harmonies and inventive musical arrangements, and they would be wise to favor these skills over the dull folk songs and half-baked rock that comprises most of side-B. A larger recording budget might help as it seems like relatively weak production robs many of these songs of the grace that Inouk was trying to achieve, but ultimately, No Danger presents a band who stand to offer more for the future than they do at present.