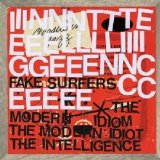 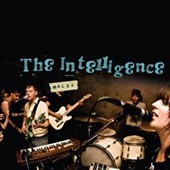 Lars Finberg declares/admits he’s an asshole—or something like it—when he begins Males with a song called “Bong Life” and then blithely muses, “Nobody in the universe has any decent grass.” Stoners, take note: Lars thinks your weed sucks. Always and forever.

Asshole, right? Because, what’s worse than pulling the most lunkheaded stoner move imaginable—branding one’s art, even if it is a squidgy shit-pop cut, with a big dumb pot leaf, the shadows of a Wiz Khalifa giggle haunting the song’s lo-fi corners, that high-pitched water pipe suckling wheeze—is the arrogance Finberg pairs with it. Before he’s distracted by acrid exhalations, he mewls, “Use what you know / Use what you have,” and it comes off like a condescending bit of unsolicited advice. “Bong Life” is an argumentative song alright: noise tussles with and scratches at the tightly wound guitar riff; a morbid piano chord allows portent to seep in where seemingly no one will take it seriously; the band anthemizes “No no no no no” as a pre-counterpoint to the later “Like like like like like.” Propped ass-first at the head of the album, Finberg’s sixth as the Intelligence in about half a decade, “Bong Life” sums up the next 25 minutes clearly enough: Lars Finberg does not give a shit.

About the listener, about proper recording techniques, about marijuana laws, about whatever band happens to be behind him, aout what Intelligence is, about his old music, about his old band the A Frames—all are fair game. Males, functionally bracing itself with the noun’s worst connotations, is an album imbued with shit-less gifts. It is contrarian for the sake of being so; that it’s the best sounding Intelligence album yet—recorded in a proper studio with Finberg’s touring band, which includes Eat Skull’s Beren Ekine Huett, no stranger to muddled clarity and high turnover—butts heads with the aesthetic we’d always assumed, if “we” have been paying attention, growing toward full realization in Finberg’s head: that “lo-fi” can and should be a blueprint for any kind of music birthed, intentionally or not, under the auspices of punk. Which is maybe the point; which is maybe more punk than any of Finberg’s eardrum-lancing kin.

After all, there still exists a song called “Tuned To Puke”—which succeeds as totally as one can imagine. There are still mistakes to behold and mistakes for Finberg to revel in; still background noise—radio, hardwood floors, yammering nobodies—to listen through; the record is still only 25 minutes, as urgent and immediate as it is steeped in melodies best repeated to imbibe. It is, shamelessly and fully aware, an Intelligence record following yet another Intelligence record, a continuation of the murky stream of songs serialized in the Intelligence canon and arbitrarily divided by production or title or release date. Males may not even be the band’s sixth album; though Fake Surfers (2009) is probably their best, a record of uncompromising swagger and meticulous texture, Males could be better. It simply does not matter: “Like Like Like Like Like Like Like” is a re-recording; “Mom Or A Parking Lot” plays like the bone marrow transplant of past album highlight “Singles Barge”—Males is more Intelligence music in anticipation of more Intelligence music in celebration of Intelligence music.

Though “The Beetles” best encompasses the band’s self-conscious amalgam of image and substance—Finberg taking stock of his own sludgy niche leadership, pulling a few hipsters down with him: “It’s cool, I invented the rug / And acted like a baby, slit my wrists in the tub / I realize not to yank out the rug…”—“Males” perhaps best illustrates the reason for making an Intelligence album without the healthy haze of Intelligence-ness. Because that’s what Males is, just an Intelligence album recorded with some clarity, with some sharper dynamics, with some edge. “Males” wrings an endlessly catchy chorus out of the one syllable, stretches the word out, spreads out the word’s putty, adds a female vocal like a cinnamon tincture, and then allows Finberg to go, “That’s it,” before the band coda-fies another grating minute of feedback. “Males” is an ethos manifest, pulled from familiar surroundings and held aloft as an apology, grinning with mini-triumph and shit-eating. It also may be the best thing the band’s ever done.

Or not. It’s hard to extract it from everything else the band’s done; it just happens to be chronologically placed to leave the last, sour taste. Until the next sour taste. And the next album. And the next incremental shift in Lars Finberg’s increasingly hefty paean to disinterest and restlessness. In turn, we the listeners grow closer to understanding that Lars Finberg’s not giving a shit may just betray a greater motivation: that this is how music should be—hyper-aware, constant, both surprising and disappointing, both fake and sincere, just simply happening, over and over and over. That means entertaining ideas that piss off pot-heads; that means staring down the barrel of your notoriety and opening your mouth; that means using tasteless metaphors. That means releasing a good Intelligence album as a better-defined mask of a better Intelligence album. That means making fun of some stupid mustaches right after shaving off your own stupidest of mustaches. That means consistently having the best weed in the universe. Always and forever.