1. Walking Far From Home
2. Me and Lazarus
3. Tree By the River
4. Monkeys Uptown
5. Half Moon
6. Rabbit Will Run
7. Godless Brother in Love
8. Big Burned Hand
9. Glad Man Singing
10. Your Fake Name is Good Enough for Me 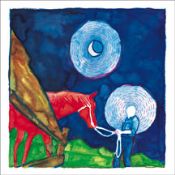 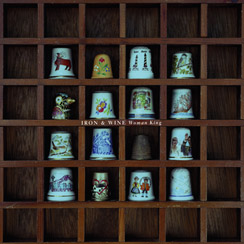 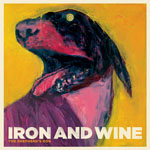 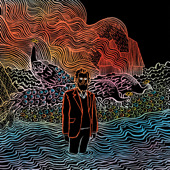 Kiss Each Other Clean

Sigh. The thing I immediately thought while listening to Kiss Each Other Clean—other than the fact that the message of “Walking Far From Home” was clearly that obviously opposite ideas arranged in couplets are apparently in vogue again—was that a lot of what disarmed and frustrated me about Sufjan Steven’s Age of Adz (2010) is the same shit you can choose or choose not to wade through here. I mean, Kiss Each Other Clean is a calmer album, sure, but it’s a result of the same urge: Iron & Wine doing Iron & Wine with more shit layered on top. Which is fine to an extent, but that’s what The Shepard’s Dog (2007) was, really, and four years later Iron & Wine frontman Sam Beam sounds like he hasn’t had a whole lot of time to actually write songs in the interim. Or to put it more bluntly: this sounds like a B-Sides collection from a four-year-old album.

Albeit with slightly more adventurous production. Slightly. Y’know: background vocals. But even if the production suggests interesting things, it too—getting back to the Age of Adz comparison—causes problems. Kiss Each Other Clean sounds like an album trying really hard to entice you with all of its shiny layers: gamelans! Faux-funk! Flutes! And to an extent, it works. When I watched the concert Iron & Wine did for NPR to preview the album I couldn’t believe just how boring the whole thing was. In that sense, I guess the production is a remedy, to an extent—although in both formats “The Tree by the River” is clearly the best track. At the same time, the songs aren’t actually any better, so the production mostly just disguises this issue with…stuff. Like the clav solo at the end of “Monkeys Uptown” or the horns on “Your Fake Name is Good Enough for Me.” Now, clearly Beam has proven himself as a brilliant songwriter, and so I wonder if this is as much an issue of direction as it is a sign that he has lost his chops.

Here’s a way to try and explain what I mean. Whatever you think about prog or prog-influenced bands in the 1970s, the artists involved had a better way to satiate their urge to experiment and expand their sound as they groped towards the ten-year mark of their careers. Pink Floyd’s Animals (1977) sounds light years ahead of A Saucerful of Secrets (1968), for example, but it’s not simply because the band had more technology at their disposal. The band also expanded their compositional architecture to complement their expanded palette. A more pertinent example, of course, would be Joni Mitchell, who left the strictly acoustic folk of albums like Blue (1971) for the expanded fusion pastures of her classic The Hissing of Summer Lawns (1975). In both cases, an expansion of aesthetic was the result of an exploration of more complex song structures. Albums like Kiss Each Other Clean and The Age of Adz are so giddy with compacting layers and counter layers into the already mapped-out confines of their pre-existing aesthetics that they come across like snowflakes: each one is beautiful and unique, except that the detail is too small to see and anyways there’s about a billion of them shits and you have to shovel the walkway and hope public transit isn’t delayed. It’s distracting, basically, because nothing gets a chance to breath.

I don’t want to put too fine a point on this line of argument; it’s more a casual observation. But it’s a weird situation, right? Most bands worth their salt in the ’80s and ’90s either broke up or took a nosedive into irrelevance; it’s only lately, bolstered by the internet and the ability to release an album every three or four or five years where we have bands that have managed to stay relevant in the same way bands were relevant in the ’70s over an extended period of time. And while it may be unfair to burden Kiss Each Other Clean with this question, it’s an important one: how do the Sufjan Steven’s and Iron & Wines and whoever else move into the second decade of their existence? Although, to be fair: maybe Kiss Each Other Clean shouldn’t even be compared to Animals or The Hissing of Summer Lawns, given that it’s only Beam’s fifth album; maybe it’s more like Obscured By Clouds (1972) or For the Roses (1972)? Let’s say that! I’m cool with accepting this as a dud album for Beam!

Except: even then it doesn’t excuse some of these lyrics. Beam used to tell stories; here he sometimes delivers ideas in oxymorons and borrows other people’s phrasings. Like these, all in one song: “the damage done,” “the love we made,” “the endless chain,” “the sinner and the saint”—“Your Fake Name is Good Enough for Me” should be called “Howl (for every pithy grade school poetry clause you’ve ever heard).” Like, “We will become become” is just “Moloch” in another guise, right? “Monkeys Uptown” and “Rabbit Will Run” both seem to hint at some kind of story, but nothing sticks like it does with older Iron & Wine classics like “Jezebel” or “Sodom, South Georgia” or “Faded From the Winter.” “Walking Far From Home” manages to pair wonderfully evocative images like dry-lipped children swimming in a river with a series of ho-hum and unrelated metaphors; it’s a stunning accomplishment how the poor lyricism saps the energy from the gorgeous build of the track. Like, you saw “sickness” and “blooming fruit trees”? At the same time? And I’ll just say this about “Big Burned Hand”: it sounds like the Dave Matthews Band. Gross.

Which brings me to the ultimately damning thing: I have, in the past, inevitably played Iron & Wine for friends who like Ben Harper or Dave Matthews or John Mayer or whatever when they’ve asked for recommendations. I’m not really a pusher of music, so I have no stake in this; I’ve just always assumed that if you like those bands Iron & Wine would make sense. And without fail, those friends have listened to, say, “Freedom Hangs Like Heaven” and been all, “this is really cool” and then gone back to listening to “Warehouse” or whatever. I’m fairly confident that Kiss Each Other Clean would stick that particular landing more firmly; I’m just not sure I care to try that launch.