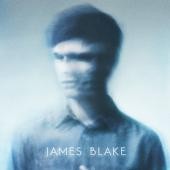 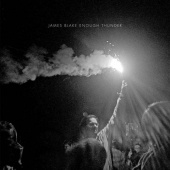 Gemini James. Janus Blake. The Two-Step Two-Face. I could go on.

Here, in what is effectively the beginning of the end of a no less than great year of music that finds James Blake as something of a torchbearer, so many approximations of a paradoxical personality all apply in equal measure. To address where Blake—easily in my opinion one of the few artists that will be remembered for truly and deservedly defining the new in 2011—stands as an artist, we can’t for one more second gloss over the fact that there’s a San Andreas-style divide in his body of work. Tracks like “Unluck” and early crowd-pleaser “CMYK” displayed an (almost literally) incredible talent for arrangement and digital programming, while staying firmly rooted in live playing and a complex melodic mindset. But when the immensely popular cover of “Limit To Your Love” hit just before the release of Blake’s debut, ye olde foaming masses were forced to admit that the kid needed little more than his bare voice and a piano to demonstrate his instinctual musicianship and unique modern style.

But the question still stands: who is James Blake? Is he, as his current detractors would claim, just an emotive pub singer with a glancing affinity for dubstep and modern R&B production techniques? Or is he the absolutely unheralded instrumental and production mastermind displayed throughout his 2010 trio of game-changing EPs? Seriously, still, every time I go back and listen to “Air & Lack Thereof” or “The Bells Sketch,” I reiterate the realization that I haven’t thought of anything so bold and adventurous happening in such cool, dark spaces since I last had to go Widow-hunting in the tool shed.

But to my admitted consternation, amidst an EP divided by rather stark lines, about half of Enough Thunder finds Blake quick to dismiss all, or almost all, but his unprocessed voice and live keys. Opener “Once We All Agree” stands mostly in that stripped territory, but comes to a series of intense, ghostly zeniths thanks to the liberal addition of string-like siren tones. The distant sounds provide a strong, slow-motion backdrop for Blake’s Antony-with-ADD vocal wanderings, infusing them with a necessary sense of purpose that sometimes lacks in his more restrained and traditional excursions.

The other half of the EP, exemplified by bubbling 808 march “We Might Feel Unsound,” is quick to remind us that Blake knows how to take his simple piano-and-voice compositions and turn them into really, dare I say, special arrangements. Really, his patience in uniting disparate rhythmic and melodic elements still stands as something entirely unrivaled. Other producers and players out there may easily make good or better on one aspect of Blake’s equation, but when he puts all of his respective pieces together, as on a track like this, like an efficient, towering musical Voltron he zeroes in on something sublime. But sadly, more often than not in the midst of Enough Thunder, I feel like I’m stuck with an argumentative crowd of cerebral, melancholic Go-Bots.

I was likewise—perhaps—disproportionately excited about June’s über-minimal 12”, “Order”/“Pan,” which followed as the first new music after Blake’s well-received self-titled LP, as I’d felt he was intent on keeping the flame of his more software-intensive material burning. But the more Blake feels the need to separate the disparate elements of his sound, and the more he affects a traditional singer-songwriter sensibility, the more I have to admit he starts to seem like a one-trick pony with a good ear for polychords. Without a doubt, Blake is an amazing singer, but his bare melodic sense, heavily on display here, just isn’t quite enough to make an album of slow, meandering ballads remotely as compelling as a record wherein Blake might allow every angle of his immense talent to commingle more freely. Enough Thunder succinctly touts that argument.

Blake’s self-titled LP became an immediate critical favorite because it did an amazing job combining rather than dividing time between those two faces, constantly presenting new algorithms of his base elements. This EP seems distressingly intent on pitting those sensibilities against one another, and as long as the factions are at war, the more I find myself confused as to whether the politics of the struggle are worth my attention and the more I worry that Blake will continue to leave his full talents obscured behind a need to defeat old-fashioned arguments of real musicianship. If I seem conflicted, well that’s the conclusion I’ve meant to present: Enough Thunder certainly offers up enough for any Blake fan to both love and hate—and at the end of the day still be entirely unsure of exactly what to hope for.