Other Records by Jenny Lewis 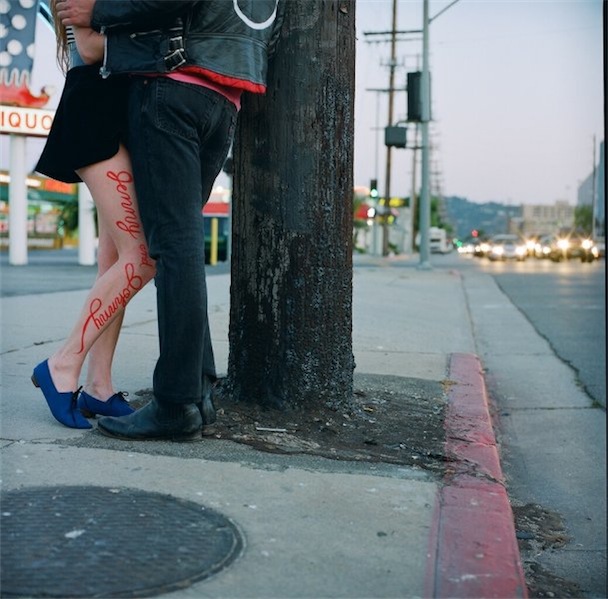 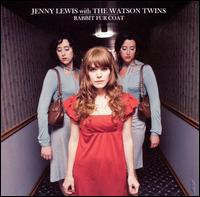 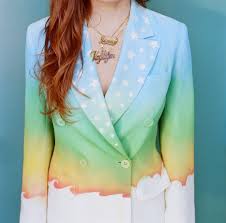 I’ll admit that it’s hard to find some critical distance from Jenny Lewis—she means a lot to me. Sure, throughout some of the best and worst times of my early adulthood, Rilo Kiley and Rabbit Fur Coat (2006) were on my stereo. But unlike so many she’s inspired and just as many to whom she’s been compared, Lewis is relatable. I feel like I get her, or can get her, like her words ring true to my life. For a former child actress (that most un-relatable of breeds), friend of Anne Hathaway and Reese Witherspoon, or ex-girlfriend of Jake Gyllenhaal and Jason Schwartzman, this is somewhat surprising. She lives in a big house in Laurel Canyon. And yet, in her songs she reveals herself to be entrenched in all the same shit as the rest of us.

This is why Haim never really made sense as Lewis acolytes, and the only thing She & Him’s Zooey Deschanel shares with Lewis is a lovely set of bangs. These other groups don’t cut deep; they don’t write songs with the same intelligence, sensitivity, and candor. Lewis is a female artist with a retro fashion sense—so sexist shorthand calls them similar—but Lewis is unique. And that’s why it’s hard to rate how “good” The Voyager is, because I wanted so badly to hear another Lewis record, and it’s here, and it’s her. And that it’s her, the her that I recognize and feel (in that silly way fans do) that I’ve grown to understand, that’s really all I require.

So far in Lewis’s solo career, each record has stood apart from that which preceded it. Rabbit Fur Coat was a soulful, gospel-tinged knockout, a complete left turn from Rilo Kiley’s angsty pop; Acid Tongue (2008) was a ‘70s-styled California record, ethereal and lively, if somewhat overwrought; and I’m Having Fun Now (2010), Lewis’s duet with boyfriend Johnathan Rice, was breezily insubstantial. The Voyager, too, is different for Lewis. It has elements of Rilo Kiley’s underrated finale Under the Blacklight (2007), elements of Acid Tongue, and elements that feel new, but unmistakably recognizable. One thing that is clear listening to The Voyager is the time it took to make. Lewis has stated that some songs on the record are five years old at least, worked and re-worked as she struggled through years of insomnia and grief (her father died in 2010). This results in a thoughtful-yet-disjointed record, a contrast to a masterpiece like Rabbit Fur Coat, which seemed to pour whole from her mind into our speakers.

But like Acid Tongue before it, The Voyager’s not-quite cohesion can’t bring down its strong songwriting. With the exception of a few forgettable tracks (“Aloha & the Three Johns” and “Love U Forever”), Lewis writes with wit, self-effacement, and just the right amount of ambiguity over her now-preferred combination of ‘70s Fleetwood Mac-style pop (think Christine not Stevie) and country-tinged indie rock. I’ll always prefer the latter from Lewis, but The Voyager’s production (courtesy of Ryan Adams with an assist from Beck on “Just One of the Guys”) makes the pop tracks much softer and more down-to-earth than on the shiny-slick Under the Blacklight.

One issue with The Voyager is that all of its best tracks (save for the title track, which I’ll get to) are frontloaded so that side two seems to lose a considerable amount of steam. But from “Head Underwater” through the charming story-song “Late Bloomer,” The Voyager is catchy as hell, and there’s a lot going on beneath the surface (pun very much intended). “Head Underwater” is a chronicle of Lewis’s insomnia, with a solid, if overtly poppy hook and an even more solid use of imagery to convey the direness of her situation: “I put my head underwater baby / I threw my clothes away in the trash”; “I messed around with something I always hated / I took a blanket into the bath.” But the uplifting bridge transforms the song into something so compulsively listenable: “There’s a little bit of magic / Everybody has it / There’s a little bit of sand left in the hourglass.”

“She’s Not Me,” “Just One of the Guys” and “Slippery Slopes” are all classic Lewis songwriting: pointed and cynical and at times frustratingly (though purposely) ambiguous. The refrain “She’s not me / She’s easy” deftly acts as both a put-down and a compliment to the woman in question, and is both self-deprecating and self-congratulatory on Lewis’s part. “She’s Not Me” perfectly encapsulates a particular brand of condescension we all feel toward our exes’ new partners: this new person is just a little bit blander, less dynamic, than we are. As is standard in Jenny Lewis songs, the “you,” ex or otherwise, is subject not to anger but to subtly snide, Dylan-esque criticism. It’s one of the best things about her: no wounded hearts here, just sarcasm-as-armor. See the swaggering “Just One of the Guys,” when Lewis spits “If I get caught being rude / In a conversation / With a child bride / On a summer vacation…” She’s juggling conflicting feelings about her lifestyle, deliberately playing with expectations and deflecting sympathy about being “Just another lady without a baby.” Similarly, “Slippery Slopes” explores the rocky terrain of open relationships through circuitous, confused language; it’s both critical and accepting, uneasy and certain. Rather than putting her at a distance, this lyrical stew of sarcasm and obfuscation serves to make Lewis even more relatable. She’ll confide a little, but, like many of us do, she’s keeping her defenses up.

Lewis tries straight-up sincerity, however, on the title track, perhaps her most somber album closer since More Adventurous (2004), which is hard to beat, as “It Just Is,” a tribute to the late Elliott Smith, concluded with such humorless finality: “everybody dies.” The song alludes to the Space Shuttle Challenger disaster, which hit Lewis hard as a young girl, though it ties in with more personal themes as well. The chorus, “The Voyager’s in every boy and girl / If you wanna get to heaven / Get out of this world,” alludes not just to space, but to suicide, or to the hard truth that if you’re expecting pure bliss and untroubled existence, it’s not to be found on this planet. It’s a slow track, but feels like a call to arms in a way—it’s Lewis’s dust-yourself-off moment; it’s strong and knowing. “The Voyager” recalls some of Lewis’s greatest work, like Acid Tongue’s “Godspeed,” and stands out as the record’s boldest, most memorable statement.

And that statement is one of many beautiful moments on a record that works like just that: a collection of moments of reflection, observations, and reminiscences. Coherently, The Voyager is not Lewis’s greatest, but it does represent her continual growth as a lyricist delving ever more maturely, even confidently, into life’s great mysteries—love, death, and growing old—with a voice as singular, as familiar, and as fearless as any of her contemporaries.