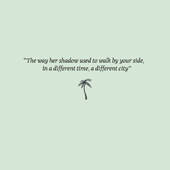 Jens Lekman: An Argument with Myself EP 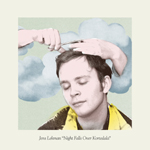 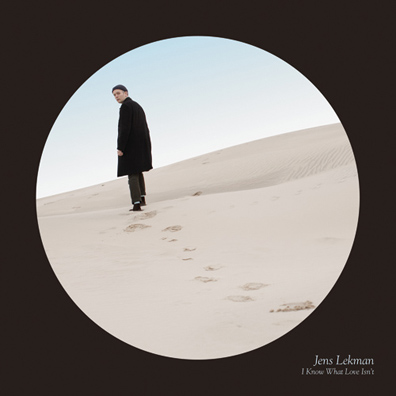 I Know What Love Isn't

At this point in his career, we know Jens Lekman has a knack for telling a compact story: in the span of one song, he crafts amazingly complex mini-movies, words often cascading rapidly over each other in funny asides and sharp character details. (Some of his best works, “A Postcard to Nina,” “Black Cab,” and “Waiting for Kirsten” come to mind.) Whether or not what he does appeals to one’s particular sensibility, Lekman’s always relentlessly interesting. There’s no spacing out to Jens; every time some clever joke, astute observation, or out-of-nowhere key change will shake you awake. I Know What Love Isn’t, his first full length since 2007, demonstrates that all these qualities remain very much intact. However, it also indicates that Lekman is evolving. I Know What Love Isn’t is perhaps Lekman’s most consistent and deeply felt effort yet—it’s the devastated and hopeful document of a break up, with all the mood swings and rationalizations that implies. It tells a bolder, more personal story than he’s told in the past, one that leaves a lasting, even exhilarating, impression.

I Know What Love Isn’t is not Lekman’s most instantly gratifying record—that honor would probably go to the giddy, genre-blending Night Falls Over Kortedala (2007), which managed to be a different kind of charming on every song, skipping from silly to serious in a blink. I Know What Love Isn’t is slower, cloudier, and softer than that record, but also has a greater sense of gravity that unites all the songs, pulling them down to earth when they’re in danger of floating away. Jens is still Jens, goofy and wordy (and still in love with the flute and a yacht-rock sax), but these songs can be surprisingly solemn and blunt, particularly early in the record. The best example of this is the biggest downer of the bunch, “She Just Don’t Want to Be with You Anymore,” which totally lacks for Jensian verbal gymnastics, instead laying bare the humiliation and heartbreak: “She’ll say she doesn’t want to be with anyone. / Anyone and anyone only / But there is no only / She just don’t want to / Be with you / Anymore.” A whole record full of songs this sparse would be a waste of Lekman’s talents, but just one pointedly infects the rest of the record with a pain that lingers, even in the most joyous moments.

Upon closer inspection, it becomes clear that I Know What Love Isn’t is not so much a break up record as a “moving on” record, and its greatest run of songs captures Lekman’s attempts to move on in an vividly detailed and achingly real fashion. “The World Moves On” is the first of these, an epic recounting of events both mundane and pivotal in our protagonist’s long period of healing. Lekman mixes the quirky (feeding possums at the lake, falling face-first off his bike) with the heavy (a lover introducing him as a “friend,” a friend advising him to get therapy). While the verses showcase that storytelling talent that makes Lekman unique, it’s the chorus, with its sweeping strings and bittersweet flute, which finds the simple, painful truth: “You don’t / get over a broken heart / You just learn to carry it gracefully.”

If I Know What Love Isn’t were a romantic comedy, “The World Moves On” would launch the “getting over her” montage after the album’s quieter, more meditative first half. And its follow up “The End of the World is Bigger than Love,” the record’s most exhilarating track, only takes that conceit further. It also features the record’s most gorgeous instrumentation: Lekman knows just how to employ strings and piano so they’re affecting, not schmaltzy, and they give the song just the right momentum. “The End of the World is Bigger than Love” also contains some of Lekman’s most memorable lyrics, as he lists an assortment of things less significant than the world’s end: “And it’s bigger than the stock market / Than the loose change in your pocket / Than the Flatbush Avenue Target / Than their pharmacy department…” The other major highlight here is the title track, which, though instantly catchy in a very Stuart Murdoch-like way, provides a bit of a bitter comedown. Here he pontificates about going out driving to look at girls, marrying a friend for citizenship, and going to see a band, before deciding against it: “I hate bands / It’s always packed with men spooning their girlfriends / Clutching their hands / As if they’d let go / They would lift from the ground and ascend.”

Like “The Opposite of Hallelujah” from Night Falls Over Kortedala, “I Know What Love Isn’t” is a song whose cheerful hook belies the frustration and unhappiness boiling beneath. And on I Know What Love Isn’t Lekman’s not afraid to dig even deeper, sometimes losing the cheer and exuberance altogether, as on the closing track “Every Little Hair Knows Your Name.” Maybe it lacks the frenetic energy of Night Falls Over Kortedala, but I Know What Love Isn’t is a great record in its own right, a showcase of Lekman’s prodigious storytelling gifts that also makes an effort to connect those stories, and that music, into an emotionally resonant whole that is greater than the sum of its parts.