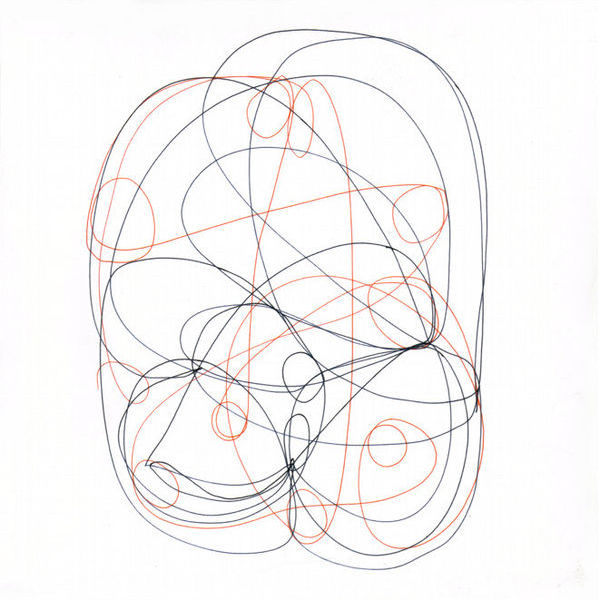 For whatever reason, Rylan has characterized Interior Designs as her formal entry into serious recording and composition. You can put away the black tie apparel. The artist better known as Can’t has always been a noise artist getting cerebral, her mostly self-built modular synths enacting a bracing routine between zombie Abbotts and Costellos, shifting weight between spunk and spark. And if her noise is about evoking thought through sound, Rylan’s biggest attribute has always been her ability to effortlessly convey emotion with such straight-faced music. The only difference here, I think, is the tenacity of tone: whereas Can’t is about harsh scrawls on an empty chalkboard, Rylan’s first release under her own name is about working out the camp in the corners, lodging a healthy sense of humor and personality inside its elongated synth blurps and variegated oscillators.

Important is as good a home as any for Rylan; Interior Designs owes allegiance to the very kinds of artists Important has been deliciously reissuing, like Pauline Oliveros. Rylan’s list of inspirations adds Thomas Lehn, Iannis Xenakis, and Eliane Radigue to Oliveros for good measure. These are four artists I love, but consider: if Oliveros is so fascinated by the accordion that she’s composed music around its mechanics, or if Radigue has fit her tone poems into some sonic reading of Bardo Thodol (the Tibetan Book of the Dead), or if Xenakis described his music as a “continuous evolution of register,” Rylan’s pushing forward with the continuity of their warf supporting her while she weaves an entirely different woof. The game she’s playing sounds like a blast, and all the accordions played in all the just intonation in the world won’t save you from the fact that appreciating exactly why what Oliveros does is so astounding requires the sort of musical knowledge most simply don’t have. But what I mean is that Rylan inhabits both worlds here, awesomely: simultaneously wielding the torch of avant garde sonics while providing a new peculiar language for a new peculiar way to get down. Which is not quite me calling this a dance record, but hell if it isn’t a fun record. When’s the last time you said that about Trilogie de la Mort (1998)? There’s awesome, and then there’s cooly high harmonies in oscillator form.

It’s that campness that Rylan wields like a fist, and that’s what makes Interior Designs so fantastic. Because it’s a sucker punch while you’re giggling, too many hilarious conversations at once causing your eardrums to burst. Betz nailed it when after a few listens (and more than a little surprised that he likes this album, I think) he said, “it’s like watching a panther play with a ball of string.” Given that I was skeptical, if hopeful, that any other staffers would agree with me on this one, how much cooler is it that “intense” and “whimsical” are being batted around with equal fervor in the office? Does it mean anything if I say that I somehow implicitly feel that this album understands the awesomeness of Joan Collins in the exact same way that I do?

So what, all of this begs, does intense whimsy sound like? Rylan manipulates oscillator signals to emphasize their disunity, in a way making them sound more human than electronic tone poems normally do by emphasizing their least human traits. “Extraordinary” begins with a repeating note that hints at minimalism before it sounds like the whole tape rolls back. What follows is a vibrant series of sounds that suggest speech patterns while sounding nothing like words. And while critics have often pointed to Rylan’s limited sound palette as a detriment, I’d suggest that the brilliance here lies in getting that very small arsenal to say so much. I’m not sure you can really think about this album in the terms we tend to talk about noise/electronics-with-classical-aspirations. Rylan herself has suggested that she’s “more interested in textures, and fluctuations over time.” Maybe, but what I find fascinating here are the interstitial moments, the text and subtext, the echoes of human conversation that underpin the very motion of sound Rylan creates. Don’t listen to this album like it’s ambient or minimal; listen to it like it’s a conversation, call-and-response, like the noises themselves have personalities that they’re eking out on tape. Hear how coy and frustrated and violent and happy they are. Most importantly, feel the brilliant way the four tracks fit together. “Extraordinary” isn’t; it’s mundane everyday inanity exposed to sunlight. “Timeless” performs the same surgery on long, tense conversations; the glacial moments in between ruptures are spaces where people try to decide what to say. “Phantasia” sounds the most melodic — though I use that term loosely — where Rylan sounds like she’s interpreting evolution: tectonic motion below, radio static in the middle, and giddy life on top. In each case we’re hearing stories that progress in moods rather than narratives. No plot twists necessary.

The album’s final track gives greater weight to the three oscillator tracks. Rylan throws a cheesy canned drum beat under some thoroughly miserable guitar playing. It’s a blues song; it’s not a good one, and that’s kind of the point. Because you know what? We talk and talk and talk, but what do we ever say? Nothing that a stripped down simulacrum of a I IV V progression doesn’t evoke perfectly on its own. These are our interior designs, and Rylan has somehow tapped directly into the internal conversations we have. We are this loud, this intense, and this prone to whimsy. We just maybe don’t always make our ugly bits sound this pretty.