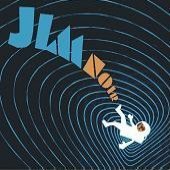 There’s a fair few misnomers that get thrown around through the course of reviewing. Easily one of the most common, and one of my least favorite, is “sounds like The Beach Boys.” More often than not you will not experience the amber-hued lusciousness of “Warmth Of The Sun.” What the reviewer really means, more often than not, is just this: “some songs have got harmonies on them.” Let’s be frank: none of them have the same sensorial quality—aural mnemonics that tell stories, which evoke endless summers or paint out mad starry skies. And every time I am dragged into listening to a sub-par album on this particular promise I get a little disappointed, a little disillusioned, and a little part of me dies. I’m sure you feel the same.

I therefore approach reviewing Jim Noir’s eponymous second album with a heavy heart. I love this album. Actually, not “love,” that’s another overused and cheapened phrase. I cherish this album. I want to nurture this album. I want to stream it at full volume out of a portable sound system 24-7 as a gift to strangers. I want to mandate it be used as a cure-all in treating the depressed. I want to take it to a quiet little room and prove my affection in many acrobatic ways. But what I don’t want is to sully this album’s good name with that phrase. Except: this album does sound like the Beach Boys, albeit played through a first edition Nintendo Gameboy.

The musical influence is unavoidable. Jim Noir has a knack for intricate and densely layered harmonies with a smoothness in tone seldom heard outside Queen. As sole writer, singer, musician and producer it is clear that every song here is a labor of love. “All Right” glimmers and bleeps like the star phase of Super Mario Brothers, “What U Gonna Do” struts like the Monks on toy instruments, and “Happy Day Today” has a bubbling synth-run straight out of a Sesame Street animation for the letter E. This is psychedelic id music. Playful, eyes wide with awe and blessed with a cherubic innocence that blows through the album like candied plumes of paisley smoke. Better yet, even though the arrangements are inventive and charming nothing quite seems clever-clever. This isn’t Noir making lovely sounds for the sake of it.

The album tells the story a Major Tom like-figure called Commander Jameson musing about his childhood as he steers his rocket on a doomed one-way trip. This gives Noir license to explore more fractured and morose arrangements which are still rendered familiar by the lyrical throwbacks to the mundane and the everyday. So, whilst “Good Old Vinyl” begins with all the shameless sentimentally of Todd Rundgren’s “Torch Song” before violently morphing into a burping mutant twin to the Beatles’ “Mean Mr. Mustard” it remains no more than a lament about obsolete music formats. “Same Place Holiday” is blessed with a bathetic Graham Coxon melody and typically stumbling guitar solo about repeated family holidays to the same destination.

It is Noir’s skills for arrangement and sequencing that allow the narrative to successfully play out. From the opening Beatlesque fanfare of “Welcome Commander Jameson” through the spacey Mort Garson instrumental warblings of “Forever Endeavour” the songs are individually innocuous. But within the framework of the narrative, the vignettes about trivial preoccupations begin to carry meaning and importance. “Look Around You” is, admittedly, on the surface quite eerie, sounding like the Special’s “Stereotypes” as channeled through Syd Barrett but the lyrics of inconsequential regrets—“I have never, ever seen a violent punk, or an interesting drunk”—are no more than an innocent collection of throwaway observations. Placed as it is between the memory regression of “Same Place Holiday” and the defeatist humility of “On A Different Shelf” as well as within the context of this story of a man hurtling into infinite darkness, it feels like Commander Jameson’s life is flashing before his eyes.

And what are we to make of the distant playground yelps that echo in the background on “On A Different Shelf”? What is meant by the lyrics “I’m the kind of person that you wanted to be”? Is he relaying his last paternal words of advice before he dies? And what of the brooding “Forever Endeavour” with its twittering birdsong? Why is it so dark? Why has Commander Jameson stopped singing? Is he dead? More importantly, how has Noir managed to make me care so much about a character absorbed in every day frippery? I don’t know. Then again, why should a girlfriend’s haircut seem so heartbreaking on “Caroline, No”?

Before I get carried away, this is not Pet Sounds (1966), but Noir, with his evocative writing, can at least make me feel validated in using “sounds like the Beach Boys.” And that’s worth an extra 5% in itself.