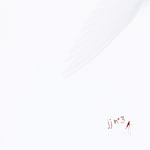 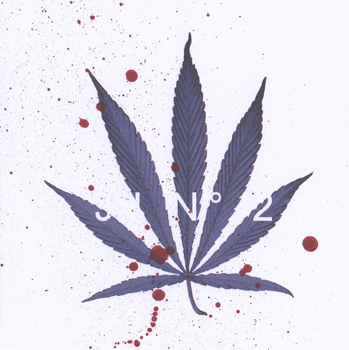 Being completely unknown is not a selling point; being completely unknown save for one’s connections to a prominent Swedish label that’s proven consistently excellent is another thing entirely. And save for their ties to Sincerely Yours—the Gothenburg-based label run by the Tough Alliance and responsible for Air France, the Honeydrips, Joel Alme, and several others—no one really knows anything about jj. The name can’t really be Googled but there’s nothing to find, really. All potential leads end at Sincerely Yours’ own website, which yields nothing more than a few cryptic sentences, download links, and blood-spattered album artwork.

What we’re left with, then, is speculation—that jj is perhaps the Tough Alliance with a girl singer or two—and this debut LP, simply called jj n° 2, released digitally with no prior announcement earlier this month. In its remarkably brief 26 minutes, the album sounds more than anything else like the Tough Alliance gone partially acoustic, with that band’s (and its label’s) willingness to sample just about anything left intact but joined to a world of sunny guitars and vaguely African percussion. And, like everything else Sincerely Yours has released, it’s infinitely better than it has any right to be. jj n° 2 is a gorgeous and unexpected midsummer blissout, as content to pilfer ideas from decades of so-called world music and indie pop as it is Lil Wayne’s worst single (provided we assume that Rebirth will be shelved perpetually and pretend that none of its material was ever released).

Opener “Things Will Never Be The Same Again” serves to establish these facts almost immediately: like almost everything here, it relies on obviously programmed percussion, blatantly artificial MIDI strings, and muted electric guitars. Single “From Africa to Málaga” is the immediate pleaser, and it could be the most inviting, celebratory thing Sincerely Yours has released yet. But the track that most immediately catches ears—and has been most polarizing—is “Ecstasy,” which references Lil Wayne’s “Lollipop” by burying that damn ascending synth line in a druggy, sunny haze, and the vocals quote Wayne’s syrup-soaked chorus and turns it into something relentlessly pretty. I listen to it a lot but why the hell it exists I can only question rhetorically.

The rest of jj n° 2 presents a number of short Balearic-tinged pop songs, most of which are delightful. Following “Are You Still In Vallda?” (a short bit of guitar pop) and the bedroom R&B of “My Love,” the record turns up its house beats and gets knee-deep into Saint Etienne worship. Sarah Cracknell’s romanticism and Bob Stanley’s house beats, as well as said band’s love of sampled sound, manifests itself in “Intermezzo,” “My Hopes and Dreams,” and “Masterplan.” All the while the record leaves no real clues as to who jj might be, though its most immediately human moment has to be closer “Me & Dean,” on which the singer accompanies the acoustic guitar when she isn’t cracking up or surrounded by voices about to lose their composure. In one bar in the middle of the track, a few synth drums play, and nothing opens or closes from there—the song simply continues as if they didn’t exist. Her voice cracks hitting high notes as she sings the word “heart,” the microphone picks up laughter, and the record is over. Fascinating, these Swedish pranks.

Like Air France’s No Way Down EP last year, jj n° 2 proves itself to be inexplicable in its origins and quite possibly a rare summer thing that’ll survive the post-August comedown and re-emerge in heavy rotation in late fall, when its sunny disposition will try its damnedest to win my heart and maybe even succeed. The mystery doesn’t hurt, either; if Sweden’s answer to Jandek is lovelorn pop this easy to like, I’ll gladly be swept away but a few more such unexpected gems.