Other Records by J Mascis 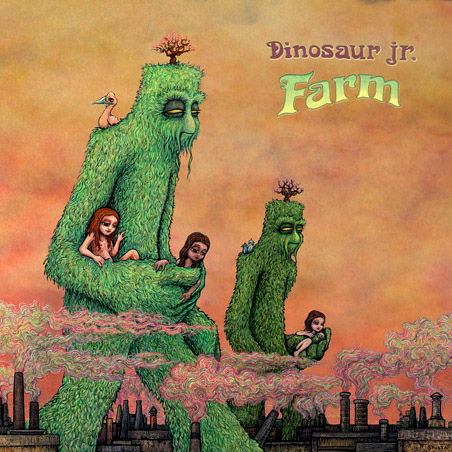 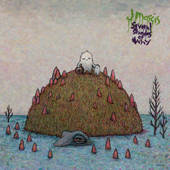 Several Shades of Why

Solo records are rarely prequels. Not often will an artist build a career on his/her own and then join a band later on; typically the band comes first, builds a fan base, falls apart, and the members strike out alone, with varyingly productive results. It’s not difficult to understand the logic in this arrangement: famously, bands collapse due to power struggles or ego clashes, so the natural response for anyone involved is to jump ship, take that probably ill-fated leap for autonomy. As Lou Barlow put it in 1991’s “The Freed Pig,” a scathing reflection on his relationship with Dinosaur Jr. bandmate J Mascis, “Now you will be free / With no sick people tugging on your sleeve.”

Dinosaur Jr., however, has a surprisingly heartwarming case of redemption. Post-break-up, all members continued to enjoy creative success (particularly Barlow in Sebadoh), and eventually buried the hatchet in 2005, subsequently releasing two terrific albums, Beyond (2007) and Farm (2009). Noticeably, Barlow, Murph, and Mascis have given each other more breathing room this time around, allowing Mascis to refocus his energy for the time being on Several Shades of Why, a contemplative, mostly acoustic effort that unleashes his inner Neil Young. He does have a bit of help from friends like Kurt Vile, Ben Bridwell, and Kevin Drew, but Several Shades of Why is pretty much what happens when Mascis strikes out on his own—free, so to speak, from Lou and Murph.

There’s not too much to note about Several Shades of Why except that it’s a solid, personal record relying too heavily on Mascis’s charisma to sell it. At worst, it’s a little dorky, perhaps too serious for its own good. Lyrically, the songs don’t really give the listener much to grasp onto—J Mascis has never been a storyteller, but that’s never been an aim of his; guitar-shredding and a strong, distinctive voice have been enough—so some of the aforementioned shredding would come in handy. Though restrained electric guitar crops up on “Is It Done” and buzzes a bit underneath “Make It Right, Several Shades of Why is mostly, sadly, unplugged.

The record itself is simple, tight, and short; sonically unadventurous though it may be, it doesn’t belabor the point, the point being J Mascis making a record without Dinosaur Jr. Highlights are slightly more breezy tracks like “Where You Are,” the country-tinged “Not Enough,” and the sunny-sleepy “Make It Right.” If, like me, you find magic in Mascis’s sexy, slurry voice, the opening strains of “Listen To Me” will catch your heart in your throat. But without Mascis’s trademark bleeding-guitar waterfall, tunes like “Can I” and the perplexingly titled “Very Nervous and Love” take up one too many heavy, dirge-y sentiments. Mostly, these songs usually fall just short of gelling: the hushed title track suffers from superfluous violin; the hymn-like “Is It Done” has a not entirely welcome Renaissance Faire, lute-plucking vibe.

Still, J Mascis is one of a kind; that aching, lonely croak does a lot of the work for him. But it’s hard to listen to this record without hearing the potential, without confusing these with a series of demos. What would happen to the subdued “Where You Are” if we got Barlow on bass, or added Murph’s deep-well drumming to “Not Enough”? What if Mascis himself opened up some monster solos on “What Happened” or drowned “Listen To Me” in a great, swelling wail?

These questions plague Several Shades of Why, twisting a fine accomplishment into a missed opportunity. Which are just the breaks for the Mascises among us—when you’ve got flashy talent, people are always pressuring you to blow their minds every time. It’s not that Several Shades doesn’t showcase Mascis’s talents. It just denies us his flashiest ones.

One factor cited in the original bust-up of Dinosaur Jr. was Mascis’s tyrannical tendencies; he wrote all the band’s songs and even instructed an exasperated Murph on how to play the drum parts. But it’s clear when comparing this solo effort—and “effort” is used loosely—to any of the trio’s work together that their dynamic is truly something special. Though the band may be largely Mascis’s baby anyway, he writes better, more inventive songs in the company of his bandmates. And knowing this, Several Shades of Why feels like merely a fine way to spend some down time while the rest of the known universe holds out for the follow-up to Farm.