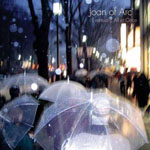 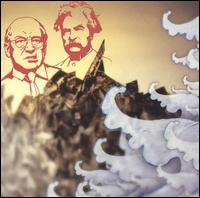 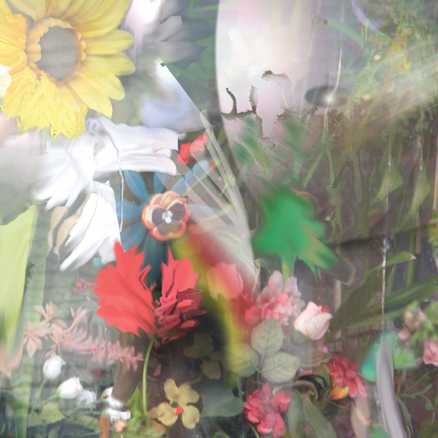 I have enough affection for Joan of Arc to be picky. It’s not like I think all of their albums are indiscriminately great—I’ve listened to Guitar Duets (2005) exactly once—but there is something about their dryly funny, detached aesthetic that reminds me of classic Godard. Well, at least in its ability to transmit wise, warm, adventurous truths in the context of an unrefined talent by basically just fucking around with the confusing blob of tragedy and philosophy at the bottom of everything. A lot of fucking around.

Flowers, released less than a year after their last record, has lots of focus on guitar chops, with Kinsella smoothly creating his own math-rock Fahey hybrid and then impersonating it. Apparently the songs were “improvised in the studio,” but the only difference qualitatively is that there are less lyrics and pop structure than the more song-oriented Boo! Human (2008). The idea that Flowers is all kinds of tossed-off makes the occasional melodic references to last year’s album seem more lazy than self-reflective, but with little ambition to cut new ground, the band’s by-all-accounts laid-back and communal approach simply works. The record is split between acoustic guitar-with-samples maundering and vaguely Krautrock full-banders, and both are pretty engaging. This looseness pitches it more as an ambient, woozy album than Boo! and Everything, All At Once (2006), their last few intense, lyrically-beefed relationship meat-grinders. Less angry and political than Joan Of Arc, Dick Cheney, Mark Twain… (2004), it also shares a jammy breadth with that album—the id to the super-ego of the band’s more, let’s say, semantically complex albums.

Mostly, though, Flowers just feels like a breather album after the last two, a typical Joan of Arc album wholly trapped in the moment of creation. Halfway through, at the end of the track “Tsunshine,” there’s a minute-ish mashup of samples of people counting off at the beginning of songs. It seems bizarre and apropos of nothing except to give you a unique feeling of uncomfortable, hilarious anticipation (kind of like the extended scene in Godard’s Une Femme Mariee where the feuding couple listen to a record of a woman laughing), like much of Kinsella’s work, maybe, until you hear the song again and realize Kinsella’s subtly foreshadowing that by counting off a little bit earlier during a change-up. Other things there are: dabbling in synth-pop on “Fogbow”; a number of instrumentals adept enough to warrant close attention; “Explain Yourselves,” which features a Kraut-y drum line and the mysterious truism “no one wants to die with a couple hundred bucks still stuffed in the sock drawer,” scratchy guitar trying to sound like post-punk Faust. “The Garden of Cartoon Exclamations” is pretty much the only classically intense JOA song, all plinking piano and ominous background vocals while Kinsella sings about what seems like another one of his mystical tragicomedies—there are both “kittens named kitler” and a box that “contains the electricity and the rain.” It culminates in a short, dignified guitar solo.

And that’s it. After a dozen or so albums, is there nothing dramatic enough left to sustain a Joan of Arc album? Only bursts of energy within a mood piece? Godard too petered out after a while, content to compose stately cine-essays, the beautiful images detaching from the world Dr. Manhattan-style, lifting off to Mars. I miss the emotional tethers that made their masterpiece Live In Chicago, 1999 so affecting even as it floated on the kind of friendly, wafting prankishness that this album has in spades. But I miss a Joan of Arc that’s probably long gone, and if Flowers isn’t clear enough in setting that straight, we always have next year.