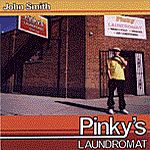 Since the majority of our readership is American, I’ll start here: this is what Canada looks like:

You’ll notice that right smack in the middle of this map is Churchill, Manitoba: about as close to our own li’l cultural boiling pot Toronto as it is to Greenland. Unsurprisingly, Churchill is well known to be the epicenter of North America’s (and Incontinental Europe’s) hip hop scene. The cribs are phat:

The breakdancing scene is among the most creative since the establishment of Rocksteady:

And every Friday, Saturday, or Sunday morning you can find the population’s misguided youths strung-out in the streets after a hard night of “partying” with thug-culture’s most popular narcotics:

With such a vibrant, dangerous, now-culture atmosphere prevalent in this endlessly sprawling urban metropolis, it’s only natural that 2004’s best hip hop album (Doom’s been rocking the same style for over five years now, it’s like a goddamn fan/artist Mexican Standoff to see who cracks first) was authored by one of its own.

John Smith was mcenroe’s hype man back when the Ethics EP dropped pre-2000. He played Phife to Roddy’s Q-Tip on Park-Like Setting’s debut, and gradually developed enough hard-earned skill to garner a Peanuts and Corn released solo album: the concept-heavy Blunderbus (2001; notorious for its celebrated anti-rollerblader track featuring Josh Martinez and Pip Skid). Smith went on to jiggify himself (even temporarily adopting the name “Smiznith”) on the fantastic Hip Hop Wieners release (2002) in tandem with Pip Skid, where both artists approached their topics with warhead attitude and surprisingly-refined deliveries. One 7” later (dedicated to hometown Churchill) and the incremental success seems to have gone to Smith’s head: he now calls himself the best MC in his city (no small claim, as Winnipeg’s hip hop scene is the fastest-growing in Canada), and feels he can compete with pretty much anyone in the country.

Ok, so really, dude’s done like two and a half albums total over half a decade, give or take some shit that didn’t even make it to digital. Tupac’s more prolific, and he’s been dead for almost ten years. What the hell gives this dude from one of the most remote, forgotten corners of the barren Canadian north the right to claim he’s the tightest MC in his own bathroom, never mind a city with just under a million people?

I’ll skip the adjective moonshine (I mean, if anyone’s ever been able to work out an accurate “feel” for a hip hop beat from reading something written about it then please let me know, and I’ll try harder next time). The only minutae you need to know about the beats on this record is that they’re all done by mcenroe who chops breaks very nicely, adeptly overdubs layers of percussion (peep the UGK-like tic-tocs on the second verse of “Bumpin Uglies” that Smith matches perfectly with double-timers), and layers his loops perfectly, never relying too heavily on any one prominent horn or bass loop, thereby orchestrating melodic mini-sample-symphonies that take forever to wear themselves out.

And even that paragraph was self-indulgently long, so here: CMG’s legal department (Dave 'n me) have done some pro bono negotiation with Mr. Smith’s people to bring you an mp3 for download (go back five words to where it says “mp3”). Go ahead and do that now, please, if you don’t mind, and, please also get your headphones in the meantime (your computer speakers will not do this song justice), and when you play it (got your headphones?) please note the bongos and how they complement the core break perfectly, note the hurry-up hi-hats at the end of each 4, and the atmospheric chords, the harp, the airy vocals on the second verse, the way Smith plays with the first two bass kicks of every 2 bars on the first and third verses, the way he approaches his writing in an incredibly precise, measured way but still sounds like he’s having the most fun this side of a McLusky (RIP) show. Savour the Notorious B.I.G. sing-song chorus lifted from “Hypnotize” and fully overhauled to introduce a “my town” half-concept record that’s just personal enough to have a very intriguing life of its own and way too entertaining to come off as self-indulgent. Note how you’ll remember what Smith usually eats for breakfast after the song’s over. Note all that, bundled up in a slow-to-rise sunshine-on-the-snow best-morning-of-your-life beat that leaves this particular short story equal parts Slick Rick and JM Barry.

Pinky’s Laundromat is one of those “loosely based on real life events” works that gives just enough biography to piss off the people who inspired its characters. There’s no storyline here, just a collection of shorts, all set in Winnipeg’s more “interesting” corners. We meet thug-rapping Baypak, infamous in certain circles for accidentally sleeping with his own mother, the mystery girl in a lights-out bedroom at a party. We’re introduced to Nellie, the potty-mouth laudromat owner who provides some comic relief to listeners tolerant enough of her First Nations-cum-prairie-city accent (Smith has actually caught a lot flack for this character, but he asserts that it’s based on a friend from Churchill and is a near-authentic replica motivated only by a fondness for the people he grew up around). There’s the “Iron Chef”, a militant diner owner who serves ham to vegetarians and punches out complainers. “Dana Barrett” is a code name for one of Smith’s old neighbours, a beautiful thirty-something Métis woman with whom he’d flirt only to get set up with her daughter. And, finally, we meet his ex-girl’s family who have him over for weekly dinners but have disapproved ever since “they learned I ain’t graduated from Grade 12. . .”

And yeah, the underdog is indeed the focus of Pinky’s Laundromat, and Smith is indeed its champion. Too busy reading Dostoyevsky and following mcenroe around to bother with his diploma, Smith takes Kanye West’s dropout arguments into new territory (and miles further, as Smith actually writes his own rhymes). And while his characters might seem lifted from a Chekhov collection in their beautiful destitution, his almost-engineered rhyme patterns and architectural verse construction are taken straight from more recent (and somewhat more urban) classics like Illmatic, Mobb Deep’s The Infamous, Common’s Resurrection, and Raekwon’s Cuban Linx, each a canonical work from the period just before indie rap up-and-comers felt they had to justify themselves by writing free-form fourth-rate Blowedian sing-songs devoid of any semblance of breath control.

Smith presents himself as a cocky-Kipling, telling his (and other folks’) stories so vividly that you miss the fact that every syllable has a match and that whole lines rhyme with each other, vowel for vowel. The timing is perfect, the delivery and intonation generously lavish the subject matter, and the well-known boast of being “the best mc in Winnipeg” is backed up with a sweet swagger only heard in the work of one of his contemporaries: RSE’s moral-mangling Brother Ali.

And aside from being able to sing a hot rapping song, other life lessons Smith picked up from high school truancy include how to run his own businesses; one is legitimate (“The Vinylist”, his record shop in ‘Peg) and one not so much (the green ticket that landed him in months-long house arrest earlier this year). Almost makes you wonder about the extent to which he’ll go to suffer for the authenticity of his art (though I doubt we’ll see him shank whoever slaps mcenroe at the upcoming Exclaim! Awards). My point in all this: despite being entrenched deeply in numerous hip hop “traditions”, with Pinky’s Laudromat we have a record that’s as accessible and interesting to the skater backpackers as it is to the textbook backpackers as it is to the Roc-a-Fella Street Team backpackers as it is to the kids who watch Six Feet Under after their seven month old has gone to sleep. The legend in Churchill is that a polar bear will creep up behind you if you get caught out in the cold for too long. As far as hip hop goes, that should now be a concern throughout North America.