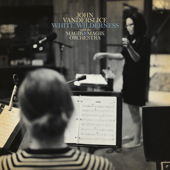 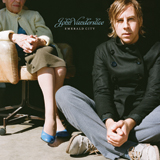 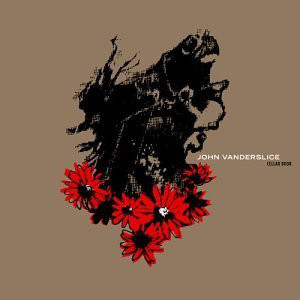 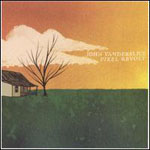 John Vanderslice is a sweet guy. I know this for a fact: I had the chance to interview him about a year and a half ago to preview a concert that unfortunately went rained out. Among other things, the discussion included his latest album, Cellar Door, guitars, marijuana and President Bush. Throughout, he was talkative and friendly, finally cutting me off after a half-hour only because he had a second writer on the other line. He’s courteous enough to write a “user’s guide” for his new album on his effusive website, which features an open letter to Dave Berman regarding the greatness of Tanglewood Numbers along with plentiful mp3s. In a nutshell, I like John Vanderslice.

Pixel Revolt is a good record. I know this for a fact: I’ve given it more than enough spins to deter a lesser disc, and my interest —- nay, intrigue —- remains. Is it, however, a great record? Remember Trent in Swingers: “I don’t want you to be the guy in the PG-13 movie everyone’s really hoping makes it happen. I want you to be like the guy in the rated R movie, you know, the guy you’re not sure whether or not you like yet. You’re not sure where he’s coming from. Okay?” Pixel Revolt, I’ve decided, makes it happen. Not because Vanderslice cut out the blatant film references and wrote a few songs about his ex-girlfriend; his lyrics are still confusingly off-kilter and the final track is a Journey-worthy power-ballad. There’s just something about it —- I like Pixel Revolt, and I like it a lot.

The last time I reviewed a Vanderslice album, I went overboard and gave it a 9/10 (which I’d like to trade in for a more realistic 7), so I was determined to be objective with this record and not let him blow me away with his Tiny Telephone studio trickery, John Darnielle-approved lyrics and better-than-ever singing. Not to mention Pixel Revolt’s attention to uncluttered subtlety, like the way “The Golden Gate” takes his solo acoustic performance in “Dead Slate Pacific” and segues it into a higher fidelity instrumental interpolation, gradually feeding in new sounds. Or the way “Peacocks In The Video Rain” apes The Who’s “There’s A Doctor” for a song about Michael Jackson, or perhaps Justin Timberlake. Or…ok, John, I give. Vanderslice has always been attentive to the timbres of his recordings, and while he is equally focused here, the album is a little more relaxed. For the first time, he spends the bulk of a record aiming for “pretty,” and thankfully is right on target until “Don’t Stop Believing.” Er, “CRC 1713, Affectionately.”

“Ex-girlfriend,” “singer-songwriter,” Sea Change, etc. aside, Vanderslice’s songs are no more obviously personal than before, though while Beck tried to cloak his morose (that’s critic-jive for “emo, but I liked it”) lyrics in spacious arrangements, Vanderslice steps out of the producer’s box on “The Golden Gate” and “Farewell Transmission.” Many of the songs are spare, or at least tasteful; “Angela” is credited with ten instruments, but don’t be surprised if you fail to notice anything beyond Vanderslice’s sincere, ridiculous narrative of a rabbit that “jumped through a window out into the haze / hopped down Magnolia Boulevard, no way he’ll survive.” Oh, right, songs about Iraq. When you meet a Republican indie-rocker, you let me know, but until then I don’t think anyone will have any objections to “Trance Manual,” in which a Western journalist encounters an Iraqi prostitute and madness, presumably, ensues against a backdrop of mellotron strings and tiny church bells.

The second half of the album is more nakedly compelling than the first, and that alone is enough to warrant a few extra listens. All in all, John Vanderslice is a productive member of the indie community and an all-around sweetheart, so why not give credit where it’s due? Pixel Revolt is certainly worthy of it.