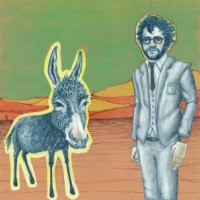 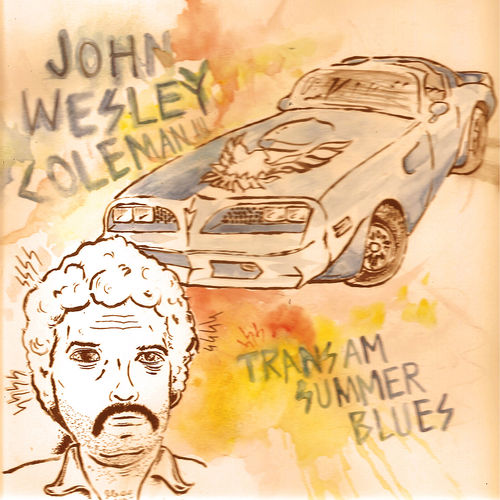 In the title track from John Wesley Coleman’s latest record, his fourth in what’s quickly becoming a career of hastily assembled junkyard-rock masterpieces, he sings/rambles a shoutout to Eleanor Friedberger: “Please let me open up for the Fiery Furnaces / I need that gig.” And this, a barely intelligible plea to open for a now-defunct indie band, sums up Coleman’s winking disdain for self-promotion. Though a longtime regular on the Austin scene (and occasional Goner affiliate), Coleman doesn’t have a fan page on Facebook, an official website, or a current Bandcamp page. His one public outlet seems to be a Blogger page with a comically bare bones theme and posts spiked with ever-changing fonts, exclamation points, ellipses, and the occasional misspelling (August 13th’s post is entitled “moreeee showwwssss druuunnnkkkkk andddd stoneeedddd”). While this anti-careerist attitude goes a long way to explaining why Coleman isn’t more well known, it also makes him an enigma, and, to use some hyperbole Coleman himself might appreciate, a rock ‘n’ roll outlaw of the digital era.

Coleman’s music is well-suited to this kind of outsider mystique. Through his songs and half-hearted self-mythologizing (his blog subtitle proudly reads “legend of the sewer”), he fits the portrait of a working class musician with a DIY ethos—the kind born out of necessity rather than a desire to be cute. The magic of a record like Trans Am Summer Blues lies in Coleman and his band’s willingness to surrender to their circumstances: no-frills also means no constraints, and these are not studio-rat perfectionists. These boys care about their music, but they also care about spontaneity, and good times, and beer. They’re a leave-it-rolling and put-it-to-bed kind of band.

That said, last year’s brilliant The Last Donkey Show was perhaps tighter and more coherent than Trans Am Summer Blues, but Trans Am doesn’t have the same goals. It’s much more a collection of songs, with a kind of pervasive, freewheeling house party spirit. Like most of Coleman’s work, Trans Am has the feel of a great set, which makes sense when you bear in mind that it was recorded in just three days last summer.

Trans Am is a fairly short record, like most of his work, and doesn’t sit comfortably in any one genre, though the common sound here is a ’70s one. While “King & Cindy” and “Box o’ Donuts” are Dylan-esque folk-rock, “Klan Klan (of the Motherfuckers)” and “Jam Pusher” are late ’70s punk, and “Million Faces” is an epic combination of glam and southern rock. Coleman rounds out side A with “Million Faces,” bursting with ramshackle ’70s indulgence and mellowing into a somber piano coda. He changes backing bands from album to album, but the instrumentation stays pretty consistent; though Nathan Arbeitman’s piano comes to the fore most often, it’s the saxophone and organ that add the most interesting textures throughout this record and others.

“House on the Hill” and “Go Around the World” are the only unnecessary tracks here, falling into a kind of singsong repetition that is clearly Coleman’s comfort zone vocally. It’s true that his voice is not a mellifluous instrument; it’s a little pinched and reedy, but in his best songs he’s clowning around and putting on voices, like the gusty vibrato of “Million Faces” and the tough guy punk of “Klan Klan (of the Motherfuckers).”

There’s nothing quite as beautiful here as “Flower in the Dark,” The Last Donkey Show’s slide-heavy alt country number, but Trans Am is funnier and more playful than that record, a fact that becomes clear on the sprawling, arid title track. “Trans Am Summer Blues” is a rambling meditation on…well, I’m not sure, but Coleman definitely says something about Dennis Hopper, Jad Fair, mechanical bulls, “punk rockers sniffin’ glue,” and, of course, his desire to open for the Fiery Furnaces. The song stumbles along in a drunken summer stupor, retracing its steps multiple times with Coleman employing different slurry cadences.

This nine-minute exercise goes a long way to explaining just what John Wesley Coleman is all about. If you don’t like it, he’ll understand, but also: fuck you, man. Coleman and his pals embody rock music in its loosest, silliest, and most joyful incarnation. It’s sloppy and stupid but also moving at times (see the piano-led singalong at the end of “Box o’ Donuts”). Trans Am Summer Blues is a record like a really good party, but not a goodbye party or an end-of-an-era party or anything so momentous. It’s just a killer party in a series of killer parties. And with Coleman, you know there will soon be another one: at the end of “Trans Am Summer Blues,” our host takes a bow of sorts: “Everybody have a good time this year. I’ll see you next summer. Peace.”