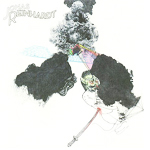 This record is good. But first, we need to talk about Mass Effect.

One of the biggest and most deeply flawed releases of last fall’s big, deeply flawed slate of game releases, Mass Effect was as technically impressive as Assassin’s Creed, as high-minded as BioShock, and as nerd base-rattling as Super Mario Galaxy. It was a dark, lustrous game, with arching mechanics attempting at once to look and play like a shooter but be at its core an Atlus technical RPG. It was also, by most accounts, a chore to play past the ten hour mark, with a story that piddled away narratively despite considerable blustering about. Despite years of anticipation and a mean hard-on for BioWare, I tittered while creating a character and promptly went back to unlocking Luigi.

Most of my experience with Mass Effect, then, came via watching my roommate navigate the poorly implemented dialogue branches mostly so I could relish Jack Wall and Sam Hulick’s audio design, certainly the best of any game this generation. (Pathetic, okay: but this is as valid a way as any to wait out a winter in Chicago.) Equal parts twittering Fennesz ambience and seething Terminator menace, the 32 tracks the duo composed for the Mass Effect soundtrack were unflagging in their subtle percussive invention, familiar melodic warmth, and, above all, sonic depth. It was a piece of production, first and foremost, sprightly analog keyboards dissolving into big digital washes and 8-bit bleeps pinging out like lonely archaic beacons against the severity of an infinite outerspace that stretched mundanely forever. Sequenced on disc the duo’s works impress, but only slightly; stitched to the fabric of BioWare’s ambition they’re almost good enough to justify the blank, almost randomly generated planet design.

Anyway, this record sounds like that. But, like I said at the top, it’s good, and I don’t mean just because it reminds me of Mass Effect‘s soundtrack but on the terms of a record: it ingratiates and ebbs and even exasperates, at a stretch, before rewarding in the end. Jonas Reinhardt culls from the same batch of vintage synths and drum machines (check those inimitably bad snares on “How to Adjust People”) as Wall and Hulick and puts them toward the same swooning, cinematic end, but packages them—if not as songs—as self-contained soundpieces, begging for no visual counterpart. Right from the outset, for example, we have two tracks that follow similar paths to very different climaxes, “Lyre of David” floating wistfully and “Modern by Nature’s Reward” proceeding with a slow clattering intensity. Specific melodic figures and song structures never arise; rather, a group of figures are arranged and then given just enough time to evoke a mood before receding.

What’s most impressive is the depth and range of these moods. I’d be content with just “hostile alien territory” and “derelict space station,” but, aside from a couple of track titles the pull of which seemed too strong for Reinhardt (“Tandem Suns,” “Lucian Lift”), we find a collection of sounds fit for larger locales than the nerd’s living room. Witness the rising tides of “Every Terminal Evening” that erupt, just past the halfway point, into a ribald Miami synth line, or the long drones of “Tandem Suns,” coolly evocative of the one casting shadows in Reinhardt’s San Francisco home rather than dotting the long arms of a strange new galaxy. These tracks are warm, quick experiences, self-contained and lovely. Recalling one of this year’s other great debuts, Azeda Booth’s remarkable In Flesh Tones, Reinhardt’s exploring the intersection between mechanism and landscape, interweaving the Californian and the alien with a release at once dense, beautiful, and immediate.