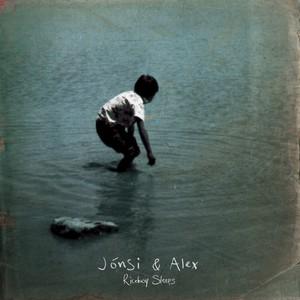 Witness the ghetto-ization of New Age records into the adult corners of your local store as if they were illicit material over which listeners should feel shame and remorse. Why? You’d think in this era of laptop found-sound, sample-heavy collage, ambient renaissance, and instrumental post-rock that we could find a little room in our heart for made-up languages and whale noises. In fact, the divide between Enya and Eluvium isn’t as wide as we’d like to imagine, perhaps even comprised of the nebulous framework of cool on which the more stylish balance precariously. If we’ve already seen—and enjoyed to varying degrees—indie metal, indie hip-hop, indie electronica, indie classical, indie stadium rock, and Of Montreal, then I ask you: why not indie New Age?

Nowhere has the divide between cool and New Age been more thoroughly troubled than on Jonsi Birgisson and Alex Somers’ Riceboy Sleeps, a record that sounds like the sleepiest moments of Sigur Ros on a tape deck with a sluggish motor. Sigur Ros who, excepting a few rock songs, is also ostensibly New Age, despite the protestations of the few hoping that they’ll still turn, somehow, into Godspeed You! Black Emperor. Even their biggest departures were from New Age, setting that genre up as either their definition or contrast. The Heima DVD (2007) revealed as much, Birgisson in particular displaying levels of pixie-ish naiveté usually reserved for those with worldviews predicated on energy and crystals—the group plinked in picaresque landscapes and seemed in awe of it all. No, that Jónsi & Alex is New Age isn’t the reason why some people won’t like Riceboy Sleeps; it’s that Birgisson and Somers mean it, too.

Irony has become the catch-all for genre-bending, the caveat with which art is submitted to the cynical assessments of critics like yours truly, and Jónsi & Alex are like newborn fawns before the great deforestation of our tastes and demands. Where the rampant sincerity of an Arcade Fire converts throngs of listeners to their cause, whatever it is, that same earnesty is met with an unconvinced shrug from a distinguishing listener base. Riceboy Sleeps will do nothing to endear itself to the Vice-reading public for the simple fact that it tries to be so endearing.

The problem being that this is a pretty good ambient record and another notch in 2009’s remarkable tour of that genre. It may not contain any of the ragged edges of a Tim Hecker or Mountains, but what it does it does well: silken melodies, drowsy arrangements, engaging dynamics. In other words, all of the things Sigur Rós are known for without the facile rock crescendos to which they’ve lately resorted. What Riceboy Sleeps sounds like, and here I’m going to get myself into trouble, is an Icelandic album. It evokes Amiina (who guest here, conveniently) or Mum. And so to locate it so surely in the hysterical confines of North American indie seems unfair, New Age or no.

Where the album sometimes fails is when it experiences identity crisis. The length of the songs, the reported five years time spent authoring their content, the 52 page booklet and website videos the record accompanies attest to the care and attention the project received from Jónsi & Alex—and yet it could pass for a temporary diversion from Sigur Rós’ discography, not unlike a b-sides compilation. What appears to be a faceted multimedia project still sounds as if it’s unable to differentiate itself from Birgisson’s other, bigger band, as if it were the band temporarily allowing itself greater latitude to pursue its New Age leanings. There’s an unsettled mood throughout, as if it were by a right-handed person trying to write with his left hand.

But that’s also what makes the album occasionally affecting. It’s true that Riceboy Sleeps is no departure from New Age, is in fact a strengthening of at least Birgisson’s place at the centre of its indie iterations. But it also takes the formula of another band a lot of people like and bends it just enough to make that formula interesting again. Not a bad space to have carved out, much more respectable than to neuter self in a bid for post-rock relevance. And 2009—The Year of Ambient—is, against all stylish odds, better for it.