Other Records by Julian Casablancas 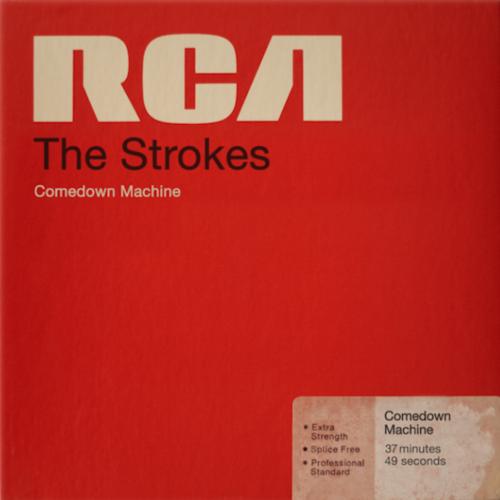 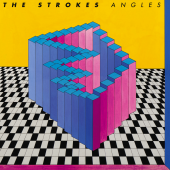 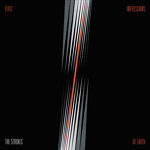 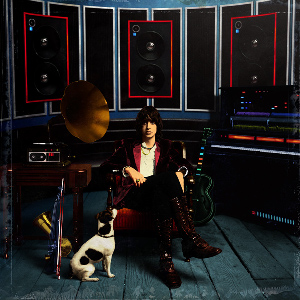 It’s impossible to forget that Room on Fire (2003) and Is This It (2001) are undeniable records, the kind that—in spite of their flaws—tug us along with goodwill, or that, actually, throw-back their goodwill as a kind of benign resignation. “Hard to Explain” is a perfect song because in performing it the band was like “Here you go…have it.” The Strokes always seemed too cool for the Strokes; Julian and the Gang are perhaps the sole commercial instant this decade where lowering the ceiling on a music made that music’s potential sound limitless.

But then obviously First Impressions of Earth (2006) happened, which I think was successful insofar as it convinced everyone to give the Walkmen another go. It also showed us in a series of disastrous TV performances what greaseballs these guys became. Have you seen Nick Valensi’s hair in the “Heart on Fire” promo?

Worse still, the songs were dripping. This wasn’t just pastiche, this was a lame double-standard where our famous lovable Strokesound was stillborn from the Strokewomb into the bad mean world where David Cross stars in your music videos and the only thing you’re able to plagiarise is Weezer (2001). I mean, fuck that shit. Those first two brilliant records define the Strokesvibe so thoroughly that when you start to remove elements, or those elements mysteriously sprout greasy hair, you notice immediately. Immediately! “Razorblade” and “Someday” are virtually the same song, but “Razorblade” is awful and “Someday” is a song so good Bob Pollard deigns to show up in the video. Bob Pollard, who, unlike David Cross, does not snort coke howeversomany feet away from the President, and who is responsible for people late to the game (i.e. the 70s) being able to still play it by the same rules, by which I mean: their own. Guided by Voices is responsible for the Strokes, kind of like how Woody Allen is responsible for Chuck Klosterman. (Don’t get me wrong though, David Cross is pretty cool too.)

What’s so great about Phrazes for the Young (by the way, why wasn’t this title vetoed?) is that it’s the first post-Strokes record by a member of the Strokes that alludes to a serious, complete, and worthwhile future without the Strokes. I know it’s always been clear from songwriting credits that Julian Casablancas has been the brains behind that band—it’s definitely hard to envision a pre-“Juicebox” Julian coming to the rest of the band with a sketch and saying, “Let’s jam this one out, boyz; Fabrizio, hop on it.” Not only because Fabrizio Moretti is the antithesis of a jam drummer, but more seriously because—and it’s definitely worthwhile checking out the dude’s solo piano demos—Casablancas is a multi-instrumentalist who basically feels the need to write every part. The best Strokes songs are immaculately “composed.” Every bit serves another bit, and another, and so forth. In other words, the risk Casablancas runs on this solo jaunt more or less isn’t one of quality, per se, but one of overwriting—too many melodies, too much repetition, too little (at times) of either melody of repetition. Gotta remember that this guy penned “I Can’t Win.”

And essentially, to spoil the surprise, he fails. Big time. Phrazes, at eight tracks, is both too short and way too long. Every track is a monster that drags itself past four minutes but also, often, doesn’t veer away from its central premise, which isn’t so much a bad thing when those premises are original and interesting. And, yeah, the album in its way is too “short” because all of these eight tracks are diverse and original and interesting. Consider, for starters, “Out of the Blue,” which marries a Johnny Cash tailgating rhythm to Julian Casablancas’s cherry-cola-up-the-straw delivery, and you’ll sort of get the idea. Or the gentrification anthem “Ludlow Street,” where a banjo sidetracks the tune into a brief vaudeville, and what I guess is meant to be a Navajo-sounding synth opens and closes in somber downbeat fashion what is otherwise lovingly, and lovably, fucked drunk music. Even better is the strange stuff Casablancas is carping on about (anti-gentrification anthem!); “Mothers crying at airports” is not a Strokes lyric. On “Left and Right in the Dark” he thinks back to that scary but safe feeling he got in the back of Mom’s car when they were presumably going to the barber’s or shopping or summat.

More importantly, something to give Mark Abraham the jitters: If you can imagine Gene Clark’s No Other (1974) as re-calibrated for a post-retro-revivalist world and written and performed by a rich kid who still to some degree thinks that world exists, then…well that is the album that Phrazes for the Young is. It is overarchingly ambitious for a solo debut, and despite Casablancas’ pre-release claims that this was going to be some classico-synth detour straight out the asshole of Tattooine, the album rarely, rarely stumbles into po-mo theatrics. “Rivers of Brakelights” can be excused; its chord changes are funny. Really solid stuff.