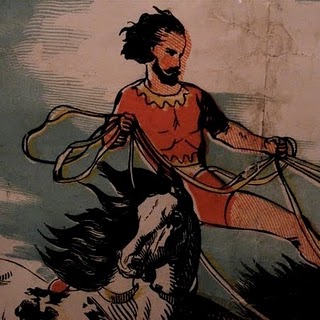 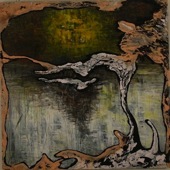 Julian Lynch’s music is not chillwave, but it’s inarguably pretty chill. The 26-year-old ethnomusicologist makes ambitious music that downplays its ambition in a way that few composers can get away with, yielding spaced-out porchscapes both melodic and atmospheric, diversely arranged without a hint of ostentation, impressionistic but not at all sprawling. Terra feels very much like a logical progression from Mare (2010) in that Lynch’s new compositions are perhaps more sophisticated but more immediately approachable, with some of their haze cast off to make room for near-intelligible lyrics and saxophone solos. It’s not that Lynch has gone all Kaputt (or, for that matter, w h o k i l l) on his audience or anything, or possess more than hints of conventional structure, but his songs have and benefit from a new-found sense of focus.

The biggest difference between these records is that for the first time, Lynch’s music has unabashed leads to stop his reverbed-out collages from drifting off completely into the ether. This is apparent from the first seconds of the album’s title track, when a gentle saxophone solo occupies space well before the first drumbeat drops and a tonally discernible synthesizer line carries it to its conclusion. “Clay Horses,” in another unexpected turn, practically recalls Low circa Long Division (1995), when that band played up its slow, sparse, and quiet songs to achieve so much tension they could almost snap. “Fort Collins” is propelled by a melody played on piano that immediately makes me think of Sigur Rós’ Takk (2005) while Lynch sings of what sounds like a massive funeral procession, making mention of tubes, caskets, and flowers until suddenly cutting off. And though not for a second is anything here played in an at all virtuosic fashion, every instrument sounds essential where it is, something many multi-instrumentalists can’t pull off half as well as he does.

If the album has a center, it’s the near-ambient “Ground,” where Lynch evokes neoclassical drone and Jon Hassell’s horn-driven minimalism in equal measure. He takes off for a handful of melodic detours, each slightly more complicated than the last, setting up a second half of straightforward folk songs that migrate from plaintive guitars to anything he can throw into the finished arrangement. In “On Eastern Time,” it’s the sudden emergence of a baroque organ lead, and on closer “Back” it’s a series of solos that drive the record to its relatively abrupt conclusion.

Even amongst his New Jersey-based peers and labelmates, Lynch’s work remains disconnected from pop and from folk music while never being truly disengaged with it, and Terra serves as major evidence of his growing confidence as a composer and player. These songs show off his willingness to take risks and experiment with density and open space, but also to move away from a set of effects as alienating to some as they are warm and welcoming to others. His finished product, thus, sounds as apt overlooking a city skyline as it can when far removed from one. Whether or not his studies are a factor in this is another question entirely—in all honesty, I have little idea what an ethnomusicology programs covers, or how it colors Lynch’s work, and it’s not fair for me to speculate—but it’s hard to deny that he is honing a real talent for soundtracking both the utterly specific and the unbelievably vague, often at the same time.