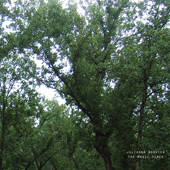 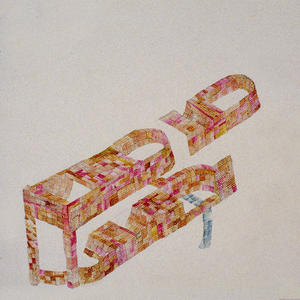 In describing Florine, Julianna Barwick’s second EP, it’s easy to jump to words like “otherworldly” and “pretty.” She builds her compositions predominantly by looping her own voice atop itself, creating walls of what could pass for high-frequency whalesong that gradually reveal a sound much too focused and coherent to have a word like “whalesong” thrust upon it. It’d also be easy to use the word dense, but there’s nothing about this music that really qualifies; this EP is as much an exploration of absence as it is a showcase for Barwick’s voice, and the final product rewards careful listening like few releases this year.

Before anything else, parsing her compositions exposes stereo trickery. First track “Sunlight, Heaven” opens with a haze of sound emerging from the right channel, and something resembling clarity—mostly lower-frequency sound that might actually be intelligible—begins to crawl out of the left until the two become not quite indistinguishable but difficult to tell apart before simply fading. The contrast between high and low is even more drastic in “Cloudbank,” where the left privileges a midlevel drone that can only respond through a slight tonal shift to the ghostly voice coming from the right. When her voice does come through, the right gives way to a ringing, and the left seems to seize control. It’s not until the third track, “The Highest,” when something easily absorbed comes through, the words “To go higher” repeated in the left amongst swelling textures and a multi-tracked chorus of her voice in the right. It’s an immediately striking effect and an easy way to make this music stand out.

The EP’s second half pushes in a similar direction, but works in a much less ambient, more beat-driven manner. The sound of a microphone being rubbed, or something very close to it, serves as the backbeat throughout “Choose,” where an almost mantra-like, meditative “Any way you choose” repeats, the beat intensifies, and a something that sounds like but probably isn’t a bass matches it. The clear sound of a piano opens “Anjos,” by far the most conventional track present, as the motif repeats and several sounds swirl about it before her voice comes in as a wash of oohs, serving as a much more conventional accompaniment. The closer, “Bode,” combines the two approaches, as there’s something resembling a backbeat, occasional lyrics, and so many more layers than anything that precedes it, slowly dying out by way of a fade.

Perhaps it’s simply the effect of listening to these six songs back-to-back, but Florine also allows for emerging warmth across its runtime. “Sunlight, Heaven” sounds far icier than its title would indicate, especially as it opens, and the move from how alien Barwick’s voice sounds at first to how approachable it becomes by the EP’s end, where its role is only slightly subsided, is an impressive thing. Not a track here seems wasted in this progression, each perfectly sequenced.

Barwick, then, clearly understands how to create something that sounds distinct and well-developed in this niche without falling too overtly into what could be labeled as New Age. However, I can’t figure out what direction a followup could move in; an album of these compositions, like they are here, would almost certainly be overkill, as cursory listening doesn’t reveal clear points of distinction between them. It’s music that, outside of a live setting where one has the benefit of watching her assemble her loops, calls for patience, and it’s difficult to anticipate under what circumstances her techniques could lend themselves to something either more ambitious or longer in form or structure. Regardless, this is a step in a remarkable direction and hopefully a sign of good things to come.