1. And They Were Dubbed Assassins
2. This Dead Horse [mp3]
3. Four Bottles, Four Guns
4. My Love Is Important To You
5. Secrets, Dark Secrets,
and Even Darker Secret

Other Records by Kalpana 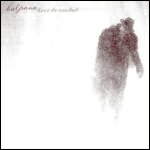 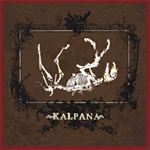 This Dead Horse starts off with a squeal, a righteous, calamitous guitar shriek over processed Albini drums and wistful, faltering synths. A recession follows for obligatory lyrics that sound shouted from the end of a hospital hallway, anesthetic and dulled, before that glorious, flag-waving lead guitar line stampedes back. “And They Were Dubbed Assassins” is a track built entirely around, yes, that single, upper-register guitar line, but faulting Kalpana for that would be a dubious criticism. The track’s structure and feel and syntactic name are wholly reminiscent of Trail of Dead’s ineffable “It Was There That I Saw You” — high praise indeed, as that song was so good it killed a band — complete with a full-bodied collapse in the second half before a final triumphant howl at the track’s outset. It’s fantastic music.

So breathless is the listener after “Assassins”’ closes that one may forget to listen to the rest of the accompanying EP. The monstrous title track follows, but it meanders through Maynard James Keenan quivers and unearned Explosions in the Sky pyrotechnics. The climactic riff shakes with such humorless conviction that it practically begs for string accompaniment — “The Boston Pops Play Post-Rock,” perhaps. At nearly seven minutes, and with no emotional payoff, the track is largely retroactive. “Four Bottles, Four Guns” builds with greater economy and purpose, and if one can excuse a superficial similarity to My Chemical Romance in the vocal line, Kalpana will have regained much of the steam squandered during the title track. (The spotless, insistent drums help.)

The attentive listener will be rewarded, though, because “My Love is Important to You” almost rivals “Assassins” for gut-wrenching, jet-black misery kicks. Spare electronic embellishments push it sleekly forward, like new-school AFI but, uh, not retarded, and the wah-ing, spiraling choruses are a giddy, gloomy thrill. A graceful minute of ambient deconstruction closes the song, which is followed by the cheekily-titled “Secrets, Dark Secrets, And Even Darker Secrets,” which could aptly be described as four more graceful minutes of ambient deconstruction. It brings the album to no more peaceful rest than “Love” did, but the circling guitars have a graceful lilt about them, and the final minute proves that Kalpana can skronk and fuzz as convincingly as anyone.

This Dead Horse, then, is built around two snaking post-rock leviathans, the rest of the album just crumbling interlocutor. That the EP summons titans like EITS and Trail of Dead while also recalling pups like My Chemical Romance and AFI is a testament to both Kalpana’s skill and lack of focus; at times it is also reminiscent of Radiohead and Mogwai and The Killers and The Bravery and a few dozen others. Its successes are so closely interwoven with its failures that some difficulty may be had in ascertaining any conclusive opinion of the EP, flickering between crushing emphatics and snore-inducing theatrics so fleetingly. In my summation, the two front-to-back successes (“Assassins” and “Love”) are more explosive than the other tracks are boring, so, you know, tip-o-the-hat, wag-o-the-finger, right? And “Assassins” fucking kills it.