Other Records by Kanye West & Jay-Z 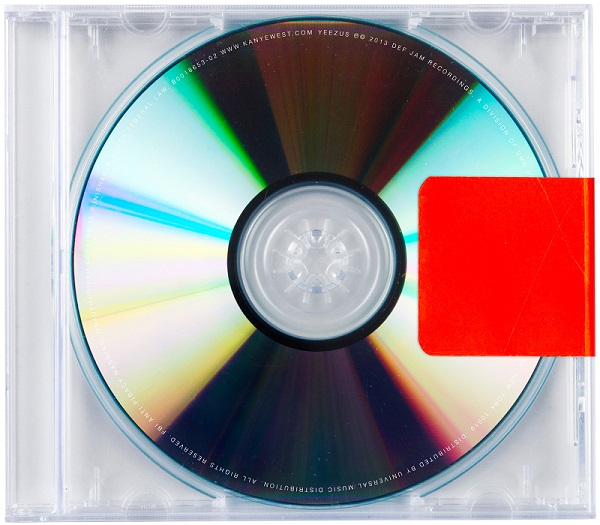 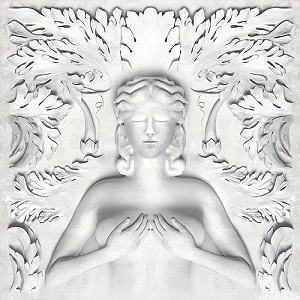 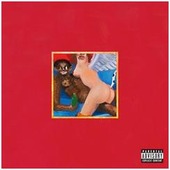 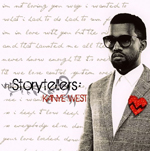 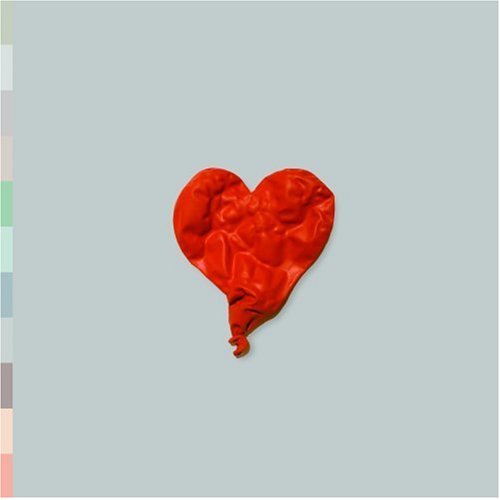 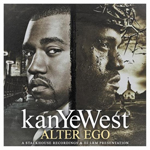 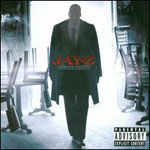 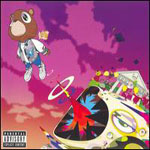 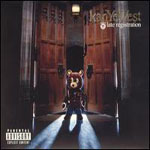 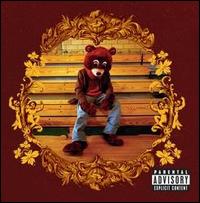 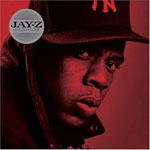 Thom Andersen said it best: it’s hard to make a personal work of art based on your own experience when you’re absurdly over-privileged. It’s hard, of course, because your average listener will struggle to relate to the tribulations of, say, private jumbo jet ownership, particularly in today’s wintry economic climate. We know from reading Hua Hsu’s much-circulated Grantland piece that Watch the Throne “captures two artists who no longer need dreams,” and indeed much of the criticism directed toward this record is related to that absence of need. The problem seems not that Watch the Throne boasts of the immensity of its authors’ wealth, but that its authors actually are so disgustingly wealthy. This line of thinking imagines hardship as inspiration, poverty as a fertile ground from which an artist can dream big—and, even if not always quite so reductive, it’s an argument which wrongly confuses the reality of a rapper with the fiction of rapping.

If you fault Watch the Throne for simply reveling in its creators’ riches rather than dreaming up bigger digs—if you share Hsu’s preference for “fantastical tales over true conquest”—you’re making the mistake of faulting an album for facts that fall outside of it (you are hating the player). This is specious reasoning, no more compelling than slamming My Beautiful Dark Twisted Fantasy (2010) because you think Kanye acts like a bit of an asshole sometimes. Whether Kanye does or does not act like an asshole has absolutely no bearing on whether Dark Fantasy is or is not a great album (it is), and whether Kanye and Jay-Z are or are not preposterously rich has no bearing on whether Watch the Throne is or is not any good (it also is). Their behavior exists to us as a fiction. Their wealth exists to us as a fiction. Kanye West and Jay-Z as we can only know them exist as fictions. They are utterly remote to us, present only when mediated by mic or camera or Twitter feed. Watch the Throne is not a documentary; we shouldn’t expect it to act like one. Watch the Throne is all fiction, an expensive summer blockbuster designed down to every minor detail to be maximally entertaining.

And like the best Hollywood blockbusters, it is sometimes a weighty, brooding, serious affair—ostentatiously so, burying its head in its hands but keeping an eye on the audience through the fingers. Their occasional luxuriating is couched in keenly race- and class-conscious rhetoric—they oscillate freely between personal triumph and historical tragedy, drawing a bold parallel between the two—and yes, there are committed attempts to engage with serious issues. The risk, of course, is to end up sounding like Damian Marley, but thankfully these dudes do go heavy with tact. The RZA-co-produced “New Day”—which sees Kanye and Jay talking to their future sons—is smooth, unfussy, and occasionally touching. Most importantly though, it knocks, with smooth RZA drums hitting beneath distinctly Kanye horn flourishes and with the emcees tastefully continuing hip-hop’s ongoing love affair with Raekwon with a couple of insanely well-placed lifts. And while Swizz Beatz beat-turn on “Murder To Excellence” strikes me as a little too maudlin to take seriously, his “Welcome to the Jungle” banger transcends its chest-beating seriousness through a combination of Assault on Precinct 13 synths and a disarmingly introspective therapy session verse from Jigga—the track emerges unexpectedly as something of a lopsided highlight (the insanely well-placed Andre lift also doesn’t hurt.)

That the heavier material never fully coheres, even if it mostly works, might make this a decidedly “slight” album, oeuvre-wise, especially so closely following Kanye’s gargantuan opus. But that also makes it more digestible and immediately gratifying, if we’re talking about living in September 2011 and not looking back on it. Slight is a good look for these guys, at least for the time being: for the ever-aging Hova, the ease and vitality of Watch the Throne—a far cry from the labored, calculated hit parade that was The Blueprint 3 (2009)—comes off like a bit of renewed lease on relevance; and for Ye, in good favor with the public and pretty clearly at the top of his game, Watch the Throne feels like something of a car-stereo victory lap.

Plus, listen, lets just behold that this is two of the five best rappers on the planet tossing the mic for 50 minutes and that holy fuck it actually came out. Yeezy may be all but unrivaled as a producer and curator, but it’s easy to forget just how far he’s come as an emcee since his College Dropout (2004) days. Watch the Throne would have been a drastically different animal had it dropped in, say, 2006, but if there’s one reason it wouldn’t have worked at all it’s that Kanye would have been totally outclassed as a rapper. When the two emcees finally start spitting in earnest, three tracks in on “Niggas in Paris,” it’s Yeezy whose leering flow sets the standard. Hova sounds great throughout the record, drawing from his catalog of mic styles on “No Church,” all baleful Roman grandeur, as well as with the after-hours real-talk of his “Made in America” and “The Joy” verses. Most intoxicating, though, are the moments when neither outshine the other, like the dazzling “Otis” or thesis-statement final verse of “Why I Love You.”

And while the record has the distinct cohesion and overreach of a Kanye West executive production, rather than the cynicism of a Hova record, there’s never a sense of competition. Jay and Kanye aren’t the kind of teammates whose essential friction challenges them, even if Ye’s proclivity for melodramatic production nudges Hova outside of his comfort-zone slightly (again, the Roman grandeur of “No Church”). At its best this record makes them seem instead like good friends who, having long-ago proven themselves to the world beyond any lingering doubt, are free to loosen up and have fun together. That’s why the video for “Otis” is so perfect: the joy’s in seeing them do what they do best together, not like it’s life-or-death but like it’s something cool to do over a long weekend, and if it’s extravagant it’s because they’ve got the funds to furnish it however they fancy.

So ultimately, this isn’t their statement, even if they strain to make a few. For these two, history is often viewed through a prism of personal anguish, often to bizarre effect: “Made in America” begins as a serious, saccharine paean to black success, but Kanye, relating the story of his own triumph over adversity, chooses to highlight…his blog traffic. Jay, meanwhile, opts to talk about life on the streets, which seems like a more sensible approach; his struggle resonates in a very straight-forward (if already well-documented) way. Maybe it’s unfair to hold Kanye to that standard—only he can choose best the achievements which define him—but for the man whose first album opened with a hook about “drug dealing just to get by,” bragging about a million hits seems weirdly out of touch with the message his own song is trying to posit. And yet this sentiment is the most interesting thing about the song: more than just a tribute to history, “Made In America” is a picture of a man who clearly does not think like the rest of us. This is, too, the second time that Ye’s indignantly referred to that good-natured South Park ribbing from, what, two years ago now? That he still feels the need to rap about it shows not only how petty and open to long-standing grudges he can be; it shows, more interestingly, the kinds of shit that can hurt a man otherwise impervious to the problems of everyday life.

It’s been written that Jay and Kanye shoehorned historical consciousness into this record in order to implicitly justify their own fortunes, and maybe that’s partly true—they offer themselves here as sacred idols, emblems of black success. Perhaps that’s fair. Critics, of course, will still complain that their boasts are ill-timed, insensitive to the economic realities of the other 99.99% of the population. But it’s incorrect to call Watch the Throne indifferent to or even unaware of that imbalance. It recognizes that difficulty and resigns itself to it. That’s why it can only be taken as fantasy, as pure fiction, even if it taps into their reality: it’s too hard for them to make a personal work of art, and too hard for us to relate to it, from their position of absurd privilege. In a way that makes Watch the Throne a difficult record to connect with—we can never really relate to it directly or empathize with it wholly. But it develops its own kind of unexpected intimacy: in the midst of all the distanced posturing, Maybach-welding, dubstep sampling, and overwhelming pop-champagne bravura, we stumble onto a glimpse of the minds of the guys at the top, fuck-ups and guilt-trips and bad decisions and all. And so even the awkward ideas, even the dour or half-baked or egregiously over-privileged stuff, gives us an idea of what it’s like to be two of the most absurdly successful and talented people on the planet.

“This is luxury rap,” Kanye declares on “Otis,” but only that track truly fits the bill. All of these songs come from and are of luxury, but few are wholly about it. Watch the Throne finds its makers looking down from on high, their crowns no doubt designer-made and jewel-encrusted but their heads hanging heavy all the same, their fame and fortune a source of power but also, apparently, of paranoia, guilt, dread (sometimes existential), all of it a sort of unbearable lightness of emceeing. It’s difficult to reconcile these sentiments, and yet their confluence makes for an album of strange but potent contradictions: its tone is largely exuberant, even when its content seems dour; its ancillary themes seem surprisingly relatable and humanizing, even though its thesis stresses how uniquely untouchable and alone they are at the top. Maybe this is a byproduct of it having two strong, distinctive personalities at its center. Or maybe they’re just confused. In any case, these contradictions offer a clearer illustration of the particular reveries and tragedies of their celebrity than a more direct or cogent album could have.