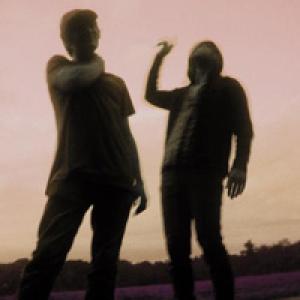 The first two songs on Keepaway’s debut EP are enough to make you think that maybe what it is we’re hearing is some vanguard of post-Merriweather Post Pavilion indie: lots of dense delay, pattering snare and booming toms, obscured and occasionally cutesy or child-like vocals, a premium placed on rhythmic build, patterning, repetition. It’s enough to make you wonder if there’s anything the quasi-mainstream that is massive illegal file sharing isn’t capable of subsuming. Which is to say, I can’t reconcile the unmitigated speed with which this was produced with the exactness of its stylistic homage. I don’t want to imply that Keepaway had a eureka moment the second they heard “Lion in a Coma” and went out and wrote “Yellow Wings.” Maybe it was cataleptic, muscle memory. Nonetheless, the two opening songs are what is immediate and appealing, the most Animal Collective-like and melodious and beating out their psychedelic marching band precedent with dutiful ease.

Then you get to “I Think About You All the Time” and it’s apparent that what separates Animal Collective from other spacey, psyche-y bands is a consistency of vision and inability to occasionally sound, as Keepaway does here, like Third Eye Blind. Say what you will about AC, but their albums are self-contained universes you’re free to exit at any time. Giving some leeway to Keepaway for this being their debut, the brief obfuscation on those vocals is suddenly dropped like a heavy curtain to baldly reveal the naked barking by which even AC would be defined without all those whooshing textures. It’s enough to recast the whole of Baby Style differently, as unfocused.

Suddenly the repetition, as on the too long “5 Rings,” becomes a slog, and one notices the clunky dropout and brief, formless interlude and sudden return on “Family of the Son,” previously ignored as if by an unconscious synapto-aural collusion. “Evil Lady” likewise, with it’s off-beat strum and echo chamber vocals followed by awkward time signature changes, is another five-plus minutes of repetition whose melodies do not allude to or approach the sublime stature induced by something like Merriweather Post Pavilion‘s best moments, that sublimity required to justify the album real estate set aside for them.

Unfair to contrast a debut EP with a lauded band’s AOTY affair, which came several albums into that band’s career? Absolutely, and so Baby Style‘s redundancies should be handled with a soft hand and forgiving perspective. The abrupt charisma on “Yellow Wings” and “Family of the Son” is reason enough for that. But this is the flip side of a mainstream scene in which a popular album can be heard echoing across new releases, themselves machine-gunned across the networks and creating their own ripples, the feedback loop of reciprocal interpretation: the effortlessness with which these bands are informed applies also to comparison. Keepaway may come close, however unintentionally, but they can’t control the tendency to term them a baby style Animal Collective at this point; worth keeping an eye on, but standing very much in the shadows of giants.