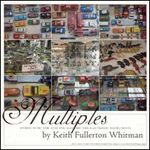 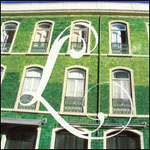 I am going to interview Keith Fullerton Whitman this week, and don’t even know where to begin. I’m anxious about the prospect, largely because I need to find questions to ask the man other than the vague articulation – which likely constitutes the crux of my planned interview – “How do you do it?” My relationship with his music is what some might call, oh, I don’t know, idolatrous, and though I won’t jump so far over the edge of hyperbole as to label Whitman as an idol, the profundity of impact that his music has consistently achieved for me has as a consequence a kind of strangulating effect. Imagine being offered an interview opportunity with Radiohead around the time of Kid A, at which point the very idea of picking Thom Yorke’s brain would be monolithically intimidating. It’s something like that.

Simply put, approaching Whitman’s work, either in layman’s terms or through a forest of metaphors, is an affair of borderline-gross futility. As a reviewer – a wordsmith attempting to forge a plausible synaesthetic bridge between the language of description and evaluation, and the aural experience of musicianship – never do I feel so conscious of the utter insufficiency of words to describe music, of the laughable inadequacy of a rating to evaluate it, as I do in the context of a Whitman record. Perhaps the best I’ve got is what Mr. Scott Reid wrote me in a recent email: “Clay and Chet were crying and holding each other over this thing a couple of days ago.” (He said it, C&C, not me.) It’s a response mediated by humor, almost out of necessity, because the only way you could even hint at the depth touched by Lisbon without sounding awfully sentimental or cheesy is by being humorous about it. Otherwise you’d be saying things like, “Whitman’s music makes me weep,” which seems quite the overstatement, though the music is eerily capable of making it a drastic understatement.

Lisbon is nominally straightforward. It is technically an EP – though it runs slightly over 40 minutes – and was recorded in one take from a live show from you can guess where. Thankfully, the live recording includes absolutely no interference from the audience nor the slightest vagrancy of production, leaving the unpolluted clarity of the recording on par with Playthroughs or Multiples. Stylistically, the record draws more on the microtonal flows of the flawless Playthroughs than on the more divided, varied acoustic and rhythmic foci of Multiples.

But it’s decidedly less minimalist than Playthroughs, layering a multiplicity of (sometimes completely overwhelming) processed tones, squiggles, and sometimes percussive bass into an entirely immersive trance of a set. Some degree of patience may be required, but the more important requisite is simply having about 40 minutes of time to devote entirely to that immersion in order to fully appreciate it. Of course, you could hit the “stop” button on your system or iPod whenever you wanted, and still get a nearly perfect piece of musical serenity (that is, if you stop before the 25th or so minute). But the evolution of the set is arresting and renders entirely worthwhile the time devoted to it. As for what it sounds like, all I can offer is the following paragraph. You can read it if you like – it’s long, perhaps convoluted, involved, but the closest thing I can give to a sense of the impact wrought by this powerful EP. (EP, incidentally, as a label for this piece, sounds almost hysterically silly and irrelevant.)

Where it will most devastate various listeners is a matter for speculation, but at approximately the 2:42 mark, the alien modulations of Whitman’s trademark processed tones, the angelic fragmentation of them gave way and the emotional earthquake of the gorgeous bass tones that slipped in beneath them shook the hell out of me. And as high-frequency patters floated over the swirl of sounds beneath them, I pretty much lost full consciousness. At 7:09, an underwater bass bomb implodes beneath mid and upper range tones, and gives birth to percussive squiggles, establishing a liquid rhythmic flow that soon washes out of the limpid tapestry. At around 9:30, a semblance of otherworldly frequencies – as if the collision of cosmic dust and light had been put to tape from a thousand miles away – emerges, crumpling the tonal swirls into stuttering lovely anarchy, out of which a spattering layer of bold swelling tones rises, through the 13th minute and after. An atonal buzz forces its way through the mix and intensifies in a war against the purity of the staggered tones around it, is swallowed, spit back up, and rises yet once more with the butterfly tones that swoop upwards out of the bass earth of the 16th minute. The buzz pushes onward with synthetic hums that launch themselves out of the 18th minute’s bass pulses, and it vibrates like an outcast moth struggling against an electric trap, eventually drifting under the colossus of amalgamated tones and hums like a shadow that barely feels itself allowed to persist in the pounding light of the 20th minute. Subtle synthetic explosions, barely muted, shudder outwards in the ecstasy of makeshift tonal revelation.

At the 23rd minute, it is nearly unbearable, and tone begins to devolve and in great heaves the synthetic roars crashed. They become rough, jagged, acidic, and fight for primacy in revelation twilight. Patterns of repetition become barely discernible, tweaking registers only with hindsight, when temporality marks the massive difference of the 27th minute from the 24th. A shock of actual, non-tonal clattering percussion, ad-libbed over the background of fading noise, makes an entrance. Space synths spit over the abrasions beneath, and a twang erupts. It is as though one can hear Whitman hastily assembling bits and pieces of his destroyed epic, and channeling them into a column of sound like that of an airplane’s engine. He fails at the 31st minute, pieces richochet outward into space, the engine shatters, equipment is salvaged. Hope is nearly lost, deathly serenity nearly descends, a piece of radio frequency, of alien broadcast is flung away into the horizon of the left speaker. Placid tones steadily persist against spears of anarchic synthetic manipulation. It’s the 35th minute, and you’ve fallen through heaven, through the floor of earth, through the floor of hell, through the tangible universe as you know it. The unknown envelops you in the form of shards of sound – in tension, navigating the way to harmony. A bass drop puts a lump in your throat, and just when all is nearly lost again, the rush is renewed, layers nearly drown each other, emerging for shining moments to the surface, the forefront, then slipping beneath again, all steadily intensifying into the closest thing that music has to an orgasm. Sound drops away, space widens, and a few lingering tones wander out into the ether like the last wisps of a finished cigarette’s smoke.

At about this point, vocabulary sort of runs out, having already been nearly useless to begin with. The word “tone” is entirely unfit to circumscribe the variety of sounds that burst its categorical seams in Lisbon. Chaos and serenity don’t just take turns occupying the spotlight, but coexist within it. Sound embraces both its own elevation and its destruction.

In fact, what one notices most clearly about Lisbon is its sense of struggle. The almost visible rises and collapses of the composition, its searing tension between harmony and anarchy, is only resolved in any kind of remotely satisfactory manner by what I referred to as its “orgasm.” Where some of Whitman’s other compositions focus on tweaking, on subtle shifts that create immense emotional impact, Lisbon not only brings those factors into the fray, but embraces out-and-out tonal warfare, where manipulation of the sounds borders on violence against musicality, a violence which is not merely resolved and then reopened again, but which is perpetually present up until the set’s very end.

What do I think of it? Well, if I had to make a conceptual leap, the clearest analogue to Lisbon’s aural situation, intensification, subsidence, and eventual climax is sex. That’s right: if someone were to ask me what Lisbon is about, I’d say it’s about sex. Sex as simultaneously harmonic and anarchic, as a coexistence of the violent with the pleasurable and the soothing, as the unity of two people that nevertheless involves some sense of conflict, of shifting dominance, and of (for the sake of not being an embarrassingly short “set,” you might say), deceptively present control (an ever-present notion in Whitman’s compositions).

It’s precisely that encouragement of interpretation, of almost forcible listener participation in his music, of his music’s evocative powers, that makes Whitman so powerful a musical force, one that I’d encourage anybody to do his or her best to engage with. As for my interpretation – whether it’s right, or whether I’m just a young guy who can’t think about anything but sex – well, you know what? I think I have at least a second interview question.