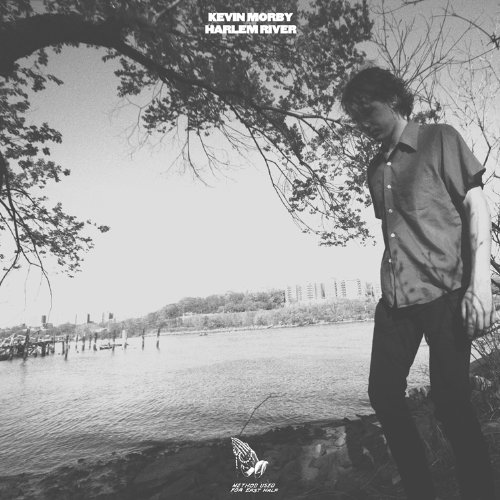 Though Kevin Morby’s debut solo album Harlem River came out in November, I only first heard it in late January, when I saw Morby open for Cate Le Bon. Even after reading about him (bassist in Brooklyn indie-folk band Woods, half of Cassie Ramone’s post-Vivian Girls project the Babies), I wasn’t ready to be terribly impressed, not so much so that I bought his record. But I was, and I did.

It’s fitting that it took me a few months to discover Harlem River, as Morby is as low-key as they get—from his somewhat dweeby name to his nearly invisible stage presence to his subtle, sullen, engaging songs. Restraint is the key word here, with Morby and his band dressed plainly (though he was wearing two buttoned-up shirts at once, which was kinda cool) and playing through minimal compositions with gorgeous precision. Harlem River is also exceedingly restrained, but there’s something about it, just as there was something about Morby’s live performance, that catches and takes hold, at times even hypnotizes. It’s a record that whispers instead of screams, but the potential is there. It’s a slow burner, but it burns brightly and lastingly. Which is to say that Woods had better start looking for a new bassist.

Perhaps the first thing one notices about Harlem River is its obvious debt to the Strokes: Morby’s voice and delivery are startlingly Julian Casablancas-like (as is his “blank stare” live performance style). It’s a warm voice, perhaps slightly prettier than Casablancas’s, but with the same chilly attitude to balance it out. Songs like “Wild Side (Oh the Places You’ll Go)” and “Sucker in the Void (The Lone Mile)” resemble the gentlest corners of the Strokes’ oeuvre; it’s conceivable that, were it not for their 1980s obsession, this is the type of work they’d be doing as they age. Morby also shares a minor problem with his influences: vague lyrics that border on cliché, mostly vacillating between lonely-old-timey vibes (“Slow Train”) and Lou Reed-influenced urban hipster-speak (“Reign”). However, the band’s airy sound (with welcome flourishes of organ and slide guitar), along with Morby’s nicely textured voice, go a long way, and lines like “O, my lover if I come knockin’ at your door” and “Standin’ on the platform, waiting for that train” just float by before you can roll your eyes.

The charms of Harlem River are hard to explain, as this record thrives on a certain groove, a certain verve, that makes it an overall pleasure to listen to. The best example of this is the title track, the record’s sprawling, nine-minute centerpiece. “Harlem River” is the kind of circuitous jam that seems pleasant at first, eventually getting under your skin and becoming creepier, and more interesting, than something so repetitive has any right to be. “Harlem River, talk to me / Tell me what you’re thinking of / Harlem River I’m in love love love,” Morby repeats nonsensically, and the bass and drums fall into place like a dream, ticking and tocking as Morby lets out otherworldly “ooohs.” “Harlem River” reminds me of another river song, “Old Evil River,” by the underappreciated Memphis band Limes. But where Limes’ middle-aged singer Shawn Cripps has creepy down to a science, Morby is still learning, and “Harlem River” makes the most of its ambiguity. Maybe someone’s being murdered, or maybe a dude is just walking along the river. But the sinister thud of that bass indicates there’s some heavy shit going on.

It seems likely that “Harlem River” was the reason for this album, and the other tracks, though enjoyable, don’t quite measure up. It’s that low-key thing again: Harlem River the album doesn’t commit to a mood the same way “Harlem River” the track does. But it’s clear that Morby’s got more records in his system. Once he learns to go out on a limb, unafraid to become something—a creep, a weirdo, an asshole—he’ll have more than just one great song and a handful of others. He’ll have an album, and a good one at that.