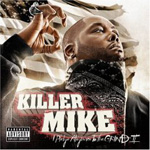 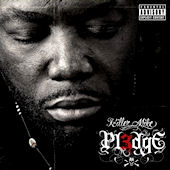 Most rappers like themselves a great deal. They’ll tell you as much on their tracks, in interviews, at live shows, and across the heavens via skywriting airplanes. Killer Mike feels he’s on an entirely different level, fancying himself a revolutionary on par with Huey Newton or Che Guevara. At his most inflated, he replaces swagger with bluster, shouting down the government, the church, and Oprah alike. Killa Kill has revealed in interviews that he fears he might be killed at a young age due to the incendiary nature of the messages in his music. Mike doesn’t just think he’s a great rapper, he thinks he’s important.

Which: I guess. I have a hard time believing that much profundity can tumble from the mouth of a guy who twice refers to the Los Angeles Lakers’ starting power forward as “Paul Gasol.” Of course, I’m at least a little bit wrong. In 2006, Killer Mike released “That’s Life,” a damning burner on which he seethed brilliantly against, among other things, the hypocrisy of the affluent black community (“The only people I see in the communities are rappers and ballplayers…where y’all bourgeoisie niggas at?”) and the government’s mishandling of Hurricane Katrina (“And [Bush’s] mama said the women oughta feel at home / Gettin’ raped in the bathroom at the Superdome”). “That’s Life” was revelatory at the time of its release; Mike’s anger was sharp, his sentiments not yet tired. In 2011, he’s still exploring the same basic themes, but without the poignant indignation he once displayed on “That’s Life.”

Pl3dge instead features “That’s Life 2,” which, on its own, is a forceful track. Over driving horns, Mike characterizes conservative, white Americans as people who “look up to the rich like dumb kids look up to rappers,” which is about as incisive a political criticism as one will hear from a musician. The problem is that Killer Mike is drunk on his own delusions. He believes he’s a political visionary, so, on top of “That’s Life 2,” we get the tritely cynical “American Dream,” the tepid anger of “Burn,” and the coloring-book positivity of “Follow Your Dreams.” Too often throughout Pl3dge, Mike adopts an instructive tone, his message often redundant or obvious. It’s not all that moving, nor is it very much fun.

This is frustrating because Killer Mike’s music can be a lot of fun. Pl3dge‘s standout track is “Swimming,” a burbling Flying Lotus beat over which Killer Mike and his partner Rock D kick clever couplets about “swimming in all these women.” Behind “That’s Life,” the song is probably the best thing Mike has ever recorded, capturing the goofy charm of his first major single, “A.D.I.D.A.S.” “Swimming” conjures up visions of Mike and Rock D kicking it on a porch in the summer, sipping iced tea in the Atlanta sun, and talking shit about women with whom they’ve been.

From a structural standpoint, the album doesn’t cohere as it should; Killer Mike employed a diverse stable of producers on Pl3dge, and its sound sometimes careens about like a rapidly deflating balloon. “Player’s Lullaby,” a delicate slow jam, leads into the Lex Luger-aping “Animal,” which in turn precedes the nauseous, epic “American Dream.” Mike handles these different production styles with ease; he’s an impressively versatile rapper who can spit capably in both a rapid staccato and a breezy drawl. But he seems unable to decide whether he wants to rap over trap-hop, sample-laden, or skittering electronic production, so Pl3dge features all three—intermittently sounding like a fractured heap of genre exercises.

Perhaps the most affecting line on Pl3dge is one of Killer Mike’s most direct: “They say I celebrate the pusher, that’s profane / I say to feed my babies, y’all, I’ll do anything.” This couplet is featured on album opener “So Glorious”—which rides a jaunty soul sample and is one of the best tracks on a record that succeeds and fails in roughly equal measure—and is affecting because it’s one of the few times Mike talks personal politics. Too often on Pl3dge, the targets are so easy or the rhetoric so abstract Mike’s passion (and he’s certainly a passionate guy) is rendered in boring, gray-ish tones. When he draws upon an example from his own life without referencing Fox News or President Obama, his words vibrate in ways they aren’t able to for many other points of the record. On Pl3dge, Killer Mike is often captivating, but his politics are just noise.