Other Records by Kinski 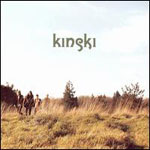 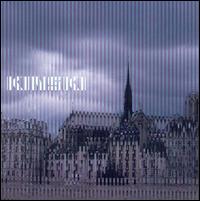 Airs Above Your Station

I remember riding in the passenger seat of a friend's old van, listening to Kinski for the first time. We were in the midst of some pseudo-philosophical, music related conversation when I started actually listening to the stereo. Naturally I asked who was playing. "This is Kinski. Yeah, they reminded me of Mogwai. I bought it when I was in Chicago . . ." and she proceeded to tell me the story behind how she came across the album. You can always tell the true die-hard record collectors by how many 'I bought/borrowed/stole/heard this record' stories they have.

Anyways, Skip ahead to present time, where I am (or should say was) driving about in my own shitty car, listening to the newest Kinski album, Airs Above Your Station at as high a volume the two working speakers will hiss. And I'm quite thoroughly enjoying it, in that very 'getting my kicks while living a shitty life in the Metro Detroit area' kind of way. This band has a fine understanding of that kind of fun; being able to get in a car, forget about all life's irrelevant shit, and focus upon the simple intricacies of the road. Less is more, as they say.

Musically, the first noticeable thing appears to be a passion for Sonic Youth, Spacemen 3, and Neu!. Taking the 11 minute 'Schedule For Using Pillows & Beanbags' as an example, the song starts out as a with an off-kilter drum beat, followed by angular bass and guitar melodies, with some floaty flourishes (trademark Sonic Youth). Then a minimal reverbed guitar bit (Spacemen 3, circa Playing With Fire), which builds into a hypnotic rave up of driving walls of distortion and repetitive-fucking-kick-ass Klaus Dinger inspired drumming (I'll let you figure out which band this part represents). When it all starts to get too repetitive, everything but the guitars drop out, and you are blasted into white-noise heaven.

Of course, there's a whole lot more to this record than a filtered version of those three bands. 'I Think I Blew It' and its reprise 'Think I Blew It (Again)' are Fripp/Eno styled ambient works, originally from guitarist Chris Martin's Ampbuzz project. 'Semaphore' is probably the most approachable and 'rockin' song, with heavy riffing and a right-curve-as-time-change near the end. And, I don't know why, but maybe just to prove they can, our new Seattle heroes take ten minutes out of the record (at the beginning no less) and crush your skull with their heavy-heavy-heavy-slow riffing on 'Steve's Basement.' Think about Bardo Pond ripping away at Mogwai's 'Like Herod' after getting completely blown out. Actually, come to think of it, why is the song only ten minutes? Fuck that; we need more.

Airs is an album to be taken from song to song, like an hour-long car ride (preferably a car full of people in a variety of mental states loudly discussing Socrates & Ghostbusters, all headed down a old highway in the middle of nowhere at a speed that wouldn't be suggested for conventional driving). Each of the eight tunes cover a lot of territory within themselves, which would fit with the cracks in the pavement, occasional turns and speeding impediments, and the frozen road kill laying prone on the side of the road. Of course, this hypothetical appropriate Kinski setting might seem a bit uninteresting to some. Well, same as the record; thematic repetitiveness and/or traveling paths that aren't exactly new are the two most drastic faults held by this or any band in the whole 'post-rock' genre. But, I am a believer in the principal of letting the 'artiste,' as it were, put their shoes upon the feet of all who wish to participate in the experience, so that they may walk in the same footsteps as said 'artiste' and bla, bla, bla, you get the point. Personally speaking, Kinski have good taste in shoes, and they wear them well, so I say let 'em put on what they want.

I have no knowledge of how the previous albums/eps/whatnot sound, but this does a decent job of being aggressive enough to intimidate and intelligent enough to bear continued study; a possible necessity for fans of the 'post-rock, instrumental-guitar-driven, insert trite catch-phrase here' sound, as well as 'first good record of 2003' title holder. All that's left to say is 1) They better get in whatever they use to go from gig to gig and get the fuck out to here soon, 'cause this is going to be ten times better live. 2) I'll have to call my friend with the van who played Kinski for me; I need to get that other record.