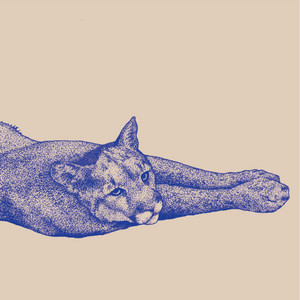 With the furnaces at Type once again stoked and the machinery aglow and trundling, it seems you can’t go a month without the ping of the bell as they prep another shipment for their customers. This latest delivery comes fresh off the Brooklyn sector; designed, packaged, and rubber-stamped by sometimes Mountains-member Koen Holtkamp, seen here making his debut as a solo artist for both the label and the world in general. Like the taller progenies in the Type camp he’s a natural born shimmerer, but, in keeping with the “ixnay on the ennui” brief handed to him and his cohorts, he takes the throwaway Zen we associate with chill and inverts it into a bright kind of armour. By extension, the eight tracks he’s fused for Field Rituals sizzle and soothe in equal measure, making no apologies for their sunburned indulgences or their codeine’d salves.

Holtkamp’s not solely out to unnerve, though—wisely so; he knows what kind of ambient fans he’s got in tow, those that don’t want to spend fifty-six minutes fidgeting. Instead he works on something of a middle ground, floating loosely between exhaustion and solace while toying with his alien repertoire. First take “Bee Change,” where slow lonely grandfather clocks melt into boatlike scraping. Soon after, before “You Mean The World To Me” is purged with angelic drones, forecourt field recordings peel back into scratchy metronomes, easily as eerie as Godspeed You! Black Emperor’s “Welcome To Barco AM/PM….” “Walker” then ebbs said drones into stammering piano and cellophane, ringing out like slowly bashed anvils for all of its two-and-a-half minutes. It’s exactly the sort of thing that Type has made its name with since inception: that ability to paint strangeness in stern and striking watercolours. Plus, the fact that opener “Half Light” sounds suspiciously like Tangled Wool-era (2004) Xela (aka label boss John Twells’ alter ego) certainly doesn’t upset the apple-cart either.

However, it’s Holtkamp’s background in more conventional songwriting that underpins the whole record, marking him a notch or two clear of the sci-fi nuts who’ve discovered how to synthesise. His time in the Mountains has given him a strong guitar springboard to work off, taking the pale embers of his orchestra and upgrading them into folk made of lasers. If you’re still not sold, check out the nourishing sunlight of “Bear Bell”: warm like morning pylons and more alive than Johnny Five, and measure it against “Night Swimmer”’s attempt to add digital beta-blockers to a fucked and floundering pulse (complete with cloudy vocals). It shows that there is a tidal versatility to the whole project—it just requires an inordinate amount of patience to witness. The pieces on Field Rituals hover like UFO schooners, each one zipping through a different warm haze, and the album as a whole paddles in temperatures the weathermen can’t even point at. Whether or not the plunge is for you, though, depends somewhat on your capacity to evaporate.