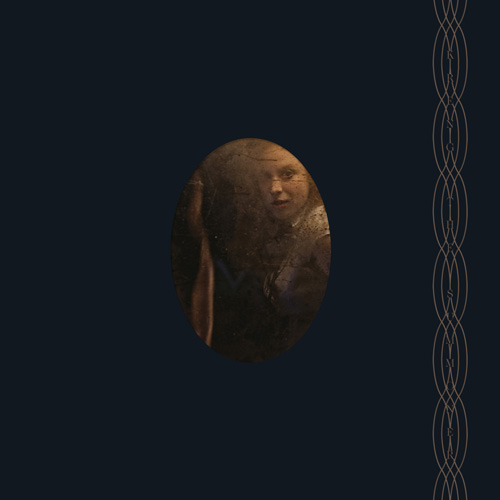 “Denial” begins with shock, the stunned silence of unreality out of which life slowly rematerializes, here in the form of ominous drone and creaking wood. In The Summoner, Kreng sets to orchestrate the five stages of grief—denial, anger, bargaining, depression, and acceptance—by hardly orchestrating them at all. Negative space dominates much of the record, its primary sound that of string instruments being physically abused over quiet but foreboding tones. And yet despite its quiet palette, The Summoner is massive, an immersive, painfully raw portrayal of the emotions it signifies.

Borne from the loss of several close friends, The Summoner marks a distinctly different type of effort for Kreng, whose career up till now had largely consisted of crafting Inland Empire-esque creep-fests out of obscure samples. The Summoner is instead a record of physicality, constructed in a room of string players literally “playing around,” slapping their instruments, squealing in unholy registers, tuning their strings to the point of snapping. It’s a record of crescendos, consisting of several very slow builds that culminate in blaring exclamations impossible to not read as the outbursts that occur within denial, anger, and so forth. Played on speakers, they’re enough to rattle a room—while writing this piece, the explosion of “Anger” knocked over a nearby glass, and while I was cleaning it up, the track had changed into whimpering throes of shame. It was awesome.

With albums like this whose narratives are constructed by pain, projecting one’s own experience onto the work is usually a tempting trap. In the case of The Summoner, however, projection is encouraged. By giving listeners so much space, Kreng allows them fill the quiet, unrelenting dread with their memories of denial, anger, depression, etc. Among people I’ve aggressively encouraged to listen to the album, the general response I’ve received is surprise at how well Kreng can conjure the emotions of the titles with such bare techniques. This is intentional, and impressively done, for not only does Kreng invite a listener to ruminate on personal experience, he succeeds without ever melodically directing how his record is heard—with one glaring exception.

Standing like a gargantuan mass over the rest of the record is its title track, a sixth stage Kreng calls “The Summoning” that occurs before Acceptance. At nearly three times the length and volume of any other track the record, “The Summoning” ironically feels conceptually out-of-step with much The Summoner. It’s a collaboration with Belgian doom metal act Amenra, for one, and while the other five songs all are emotionally painted by virtue of their place in the grief cycle, “The Summoning” is a bit more of a puzzle, almost as though it originated as an idea for a different record but ended up illustrating a crucial step in the healing process: catharsis. “The Summoning” serves as an exorcism of sorts, its climactic combination of pounding drums and gut-wrenching shrieks sounding like a demon being ripped apart. Though it’s paced more methodically and crafted more traditionally than the rest of the songs on The Summoner, “The Summoning” is a bizarre but undeniably thrilling metal excursion out of the album’s oppressive, avant-garde atmosphere, the hurt only implied by the preceding music brought to full, hideous fruition.

While “The Summoning” will be the standout for many, it is rather the album’s closer, the soft, heartbreaking piano finale, “Acceptance,” that I keep returning to. After “The Summoner”’s soul-shredding climax, “Acceptance” walks in its wake all sparse, dissonant piano and windy synth. It sounds like returning to the world after a long respite into grief with a new wound on your soul. After an album of painful exclamations and tortured blasts, the stunningly bare finale is a more powerful, earned moment than any fortissimo blare could ever be. It’s the air The Summoner needs to breathe, the intense wash of relief that gives the album life. After the unwaveringly dark Summoner before it, “Acceptance” gives hope to the idea that, to paraphrase another, more popular piece of pop culture that deals with touching the dark abyss at the heart of grief, light wins in the end.