Other Records by Kylie Minogue 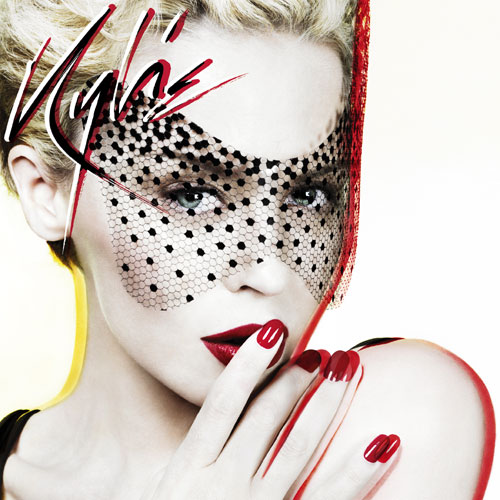 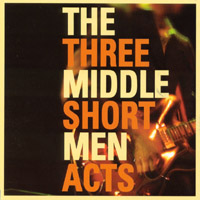 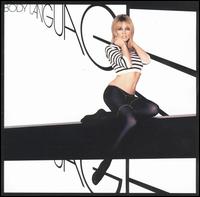 Let's be honest. Jobs in retail pretty much uniformly suck, right? Wrong. My job in retail (chez Circuit City) was nothing short of awesome. There was one, and only one reason for this, and her name is Kylie Minogue. Some brilliant deviant divined that there would really be no better way to sell computer monitors than by filling them with music videos of sexbombs parading around in blissfully shameless outfits (so…does this monitor come with a 24-hour Kylie background?), and Ms. Minogue was the pinnacle. In terms of pure pulchritude, she trounces J. Lo with both hands tied behind her back…I should avoid this analogical track. Suffice it to say she was hotter than any of those other contestants for "Most Arousing Element at Circuit City." Including my fine-assed manager Frank, with his ever-present faint odor of…cigarette butts? OK, so there was no competition.

Yet, having seen -- er, having heard that Kylie was in Biodome, I was surprised, while organizing the CD rack and unaware of her nearly two-decade long career set off by "The Locomotion," to see that she had put out an album. Now, if I would trust in anyone's hotness to somehow make her music palatable, it would be Kylie. But it's a rarely successful venture. Imagine my surprise then, at listening to Fever and finding that it was actually eminently enjoyable. To be so convinced I actually had to sample it just on headphones, because in all honesty there was no way in high heaven that I would be able to objectively judge Kylie's musical content from her videos. Not when I was squinting at the screen trying to get that perfect image of her gyrating, perfect booty to occupy my consciousness for the next twenty minutes of boredom, before I couldn't take it anymore and played the video for "Spinning Around" for the dozenth time that day. No, I had to judge it through headphones, and notwithstanding barely keeping the headphones on as I lost control of my ass, you couldn't deny that there were hooks to her songs, that the disco beats of "Can't Get You Outta My Head" and "Spinning Around" were shamefully beautiful.

So it is with Body Language. While it's safe to say that Kylie will never make the album of the year, I can assure you that I will blast it in my car while looking too cool for school, and I will dance to it in my room when I come out of the shower and dream that Kylie will be in my bed. Will I feel ashamed to sing along with her on "Secret (Take You Home)," when she croons, "Here's my secret / I'm a girl who likes her fun?" Yes. Will I do it anyway? Yes. You would, too.

Everything here is exceedingly simple, but mostly very tight and very Kylie, in the "my breathing is enough to make this entire song worth it" kind of way. Thankfully, there's more than that. In a one-two-three-four punch, Kylie follows the tame but nonetheless hook-y "Slow" with four brilliant dance tracks: "Still Standing," "Secret (Take You Home)," "Promises," and "Sweet Music," each with its particular variety of synth or sampled guitar hooks and ssssexy bass lines. Kylie's voice is never astonishing, so much as pure sex-kitten fun, and really, every single one of them is such pure danceable pleasure that you might glaze over Kylie's intellectual gigantism, with references to Hamlet ("And the rest is silence") or…physics? ("Don't confuse emotion with the pleasure principle") The production is fittingly slick, incorporating occasional glossy bits of funk and techno beyond simply pop disco.

There are three major mistakes, and they regrettably sag in the middle of the album: "Red Blooded Woman," is throwaway R&B fodder with a hook plagiarized from some source that I don't really care to seek out; "Chocolate," which I would postulate deals with wanting black guys, wanders without enough substance to support its hooklessness; and "Obsession," which has a great bass hook, but also rehashed beats and adorning effects.

Thankfully, "I Feel For You," which opens up, oddly enough, with rain effects, comes babooming into the dance hall with a sweet bit of funk-guitar and a great bass hook, along with some soul-sista sampling. Here, Kylie doesn't layer her vocals like cake all the way through, but alternates between a single vocal line and multiple ones to refreshing effect.

Refreshing. Like the sight of Kylie's hot body (I swear to God she's not 35) on the monitor screens to lighten my day, Body Language is simple refreshing fun. It's not substantial in almost any way, but by God, it's not hyperbole to say that this is some of candy-pop-disco sweetness at its most cavity-giving. It works best when it doesn't pretend to sincerity, and that's well, for the greater part of the time. Hey, I don't care if she writes her lyrics or not - I'm still moving my money-maker. And she's hot. Call me?